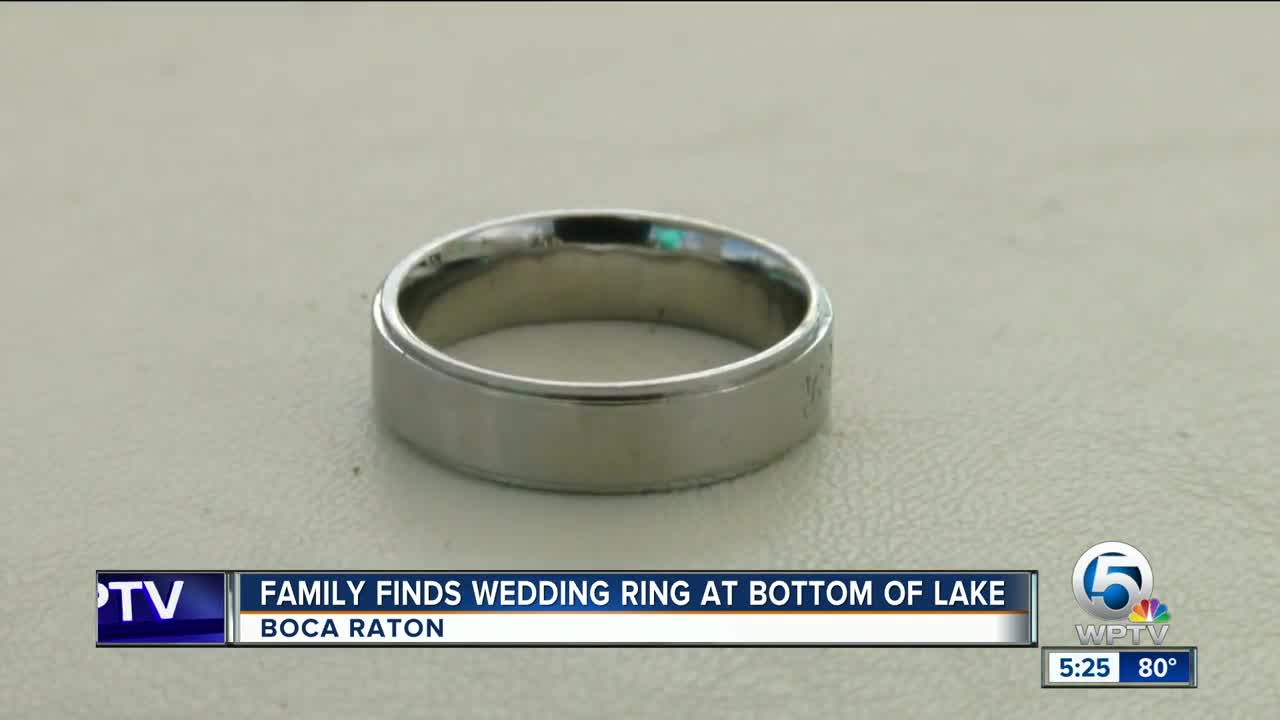 A family is looking for the owner of a wedding band that was found last weekend in Boca Raton. 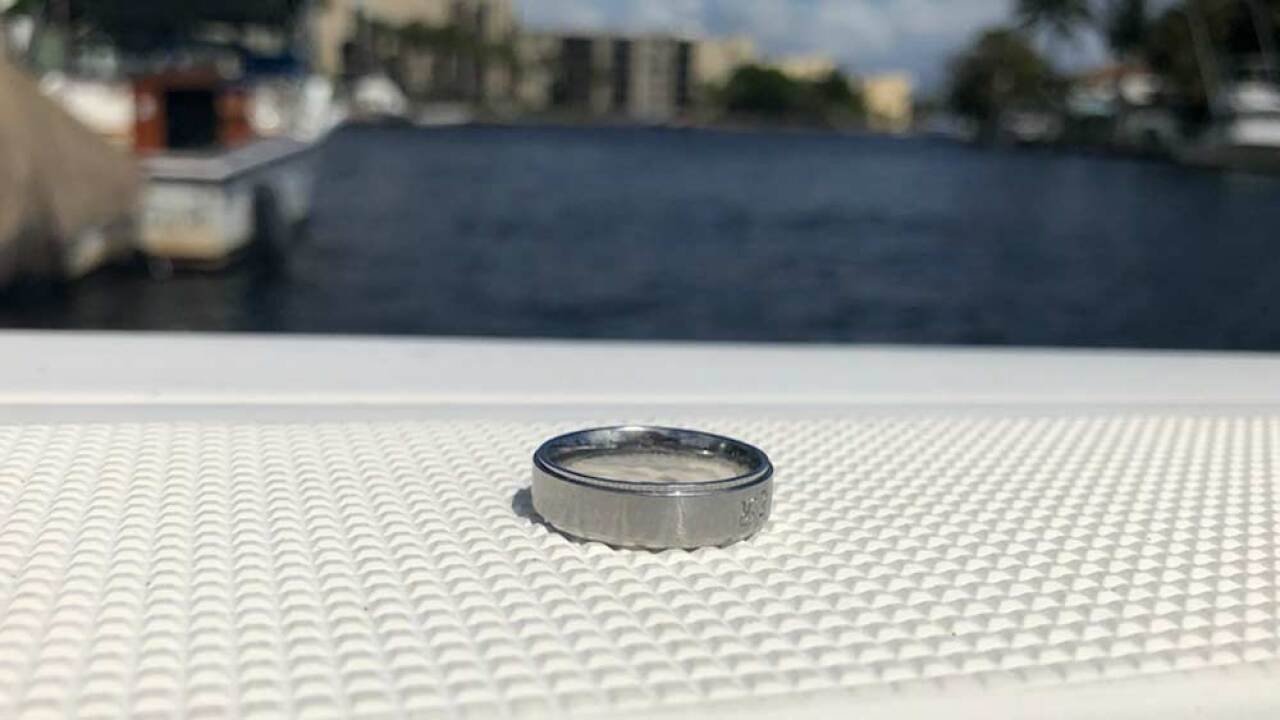 BOCA RATON, Fla. — A family is looking for the owner of a wedding band that was found last weekend in Boca Raton.

Karen McBeath and Harold Ginn were with family on their boat and scuba diving last weekend on Lake Boca Raton.

Their grandchild Jon Fuit found the ring while under the water.

“I was like oh my gosh, someone must have lost this over the crazy weekend, it was President’s Day weekend,” said Fuit.

The ring is silver with writing on the outside.

“It has an inscription off the top of it, no initials or anything on it,” said Ginn.

The family is determined to find its owner. They all believe the ring ended up in the water by accident.

“A lot of people are saying someone might have thrown it into the water, but I am thinking I might have slipped off someone's hand,” said Fuit.

McBeath and Ginn say they won't give up hope the ring will end up back on its owner’s finger.

“This is a feel-good story we hope,” said McBeath.