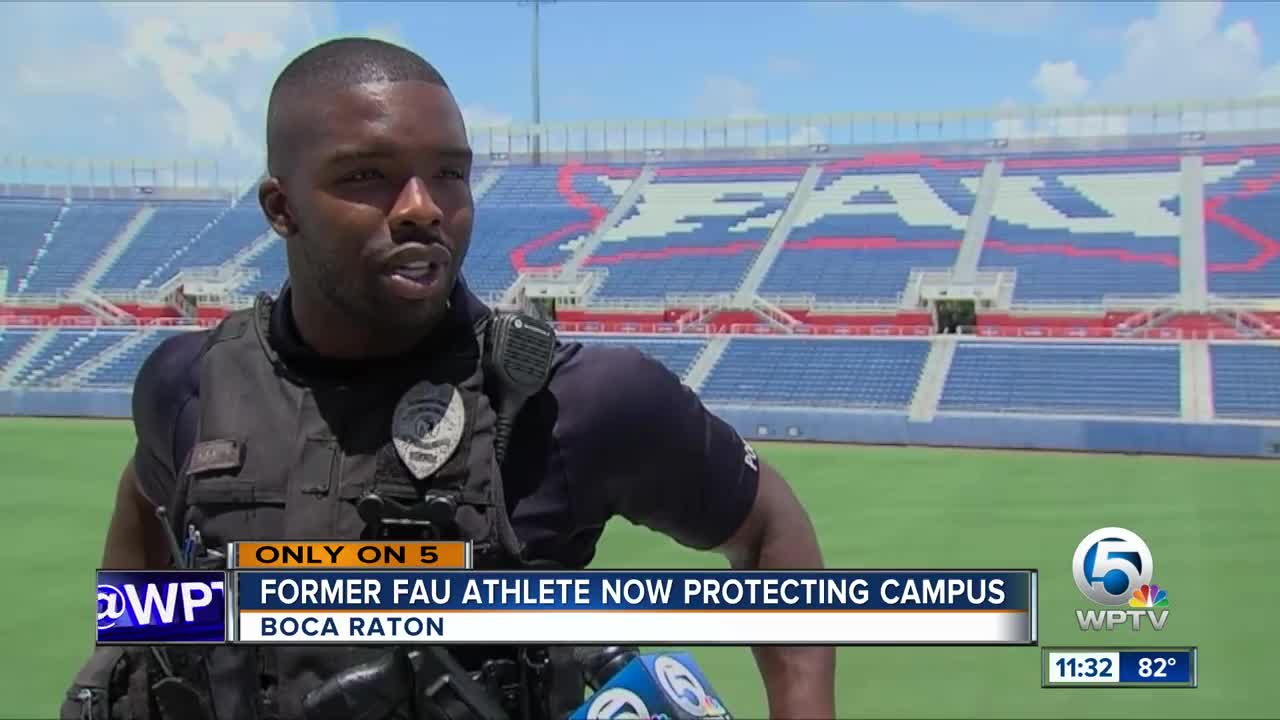 A former FAU football player is back on campus, protecting students and staff as a part of the university's police force.

Decked out in law enforcement gear, many faces may not recognize Officer Andrae Kirk at Florida Atlantic University.

But if you catch him in FAU Stadium and catch the twinkle in his eye some may remember No. 45, the middle linebacker out of Miami.

“This stadium I feel is a part of me and I’m a part of it, a lot of blood sweat and tears on this field out here,” says Kirk.

Kirk never missed a game during his college career and managed to rack up 344 tackles, 2.5 sacks and three interceptions as an Owl.

When asked about the feats, Kirk says, “I worked very hard that’s were all that came from it was all hard work I didn’t consider myself an overly talented guy but I put in the work whether that’s with film, in the weight room, or on the field.”

His next level talent carried on after his time on the field at FAU.

Kirk was an undrafted free agent for the Arizona Cardinals in 2015.

He calls it a calculated risk for most players and after months of training, he was released.

Now Kirk wears badge number 445, a throwback to his old college jersey. He started working for FAU last year and says he’s here for a reason.

He has plans to gain experience and possibly join a special police unit at the University.