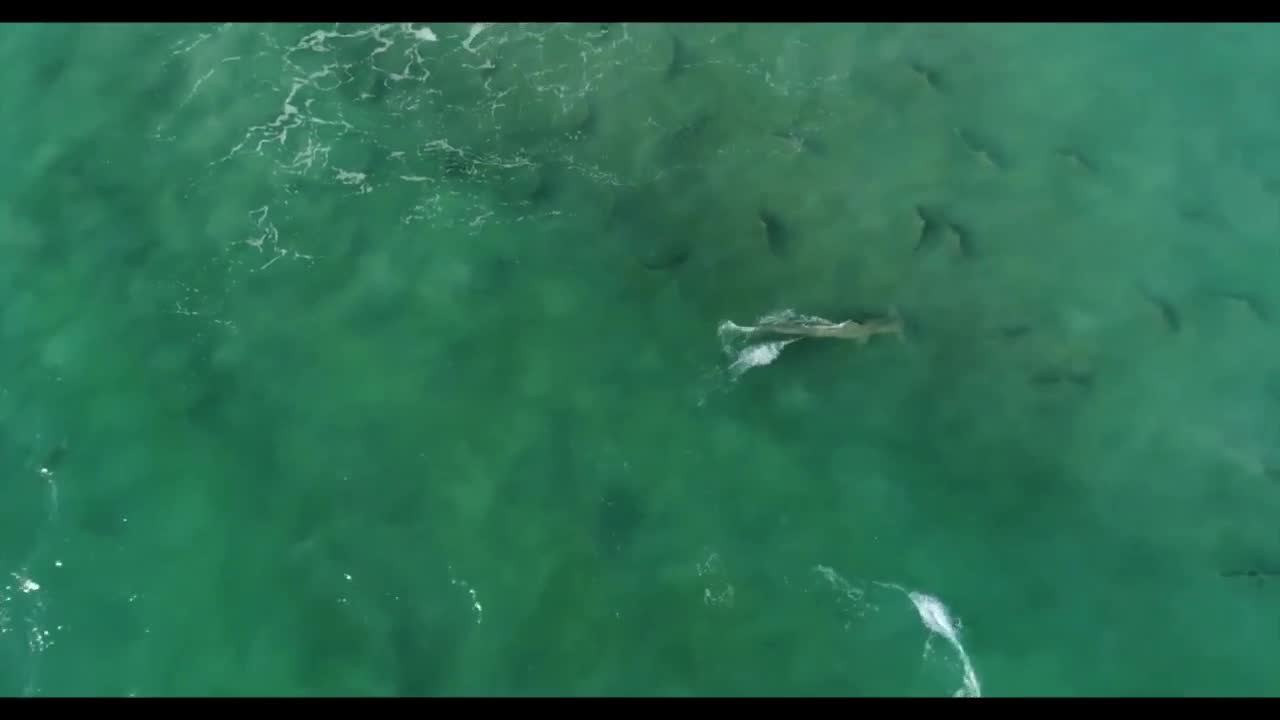 A new study by Florida Atlantic University is gaining new insight into the habits of blacktip sharks.

BOCA RATON, Fla. — A new study by Florida Atlantic University is gaining new insight into the habits of blacktip sharks.

FAU said the video, recorded by a drone off the southeast coast of Florida, shows adult blacktip sharks fleeing to shallow waters when confronted by a great hammerhead shark.

The researchers said this is the first evidence of blacktips using shallow waters as a refuge from a hammerhead.

FAU said several juvenile shark species use shallow water as nursery sites so their young can grow, reducing their risk of attacks from predators.

However, prior to this study, there was no documentation that showed large adult sharks also swim in shallow waters to avoid predators.

Results of the study were published in the Journal Fish Biology.

The average length of the blacktips was under 6 feet while the hammerheads were at least twice that size.

“In two of the three videos, the hammerhead shark actively chased one or more blacktips toward the shore but was unsuccessful at capturing its prey,” said FAU Dr. Stephen Kajiura in a written statement. “The chases ended with the hammerhead making a sharp turn away from its intended prey and the shore, back into deeper waters. The chasing events showed the hammerhead struggling as it experienced difficulty following the blacktips into the shallow waters.”