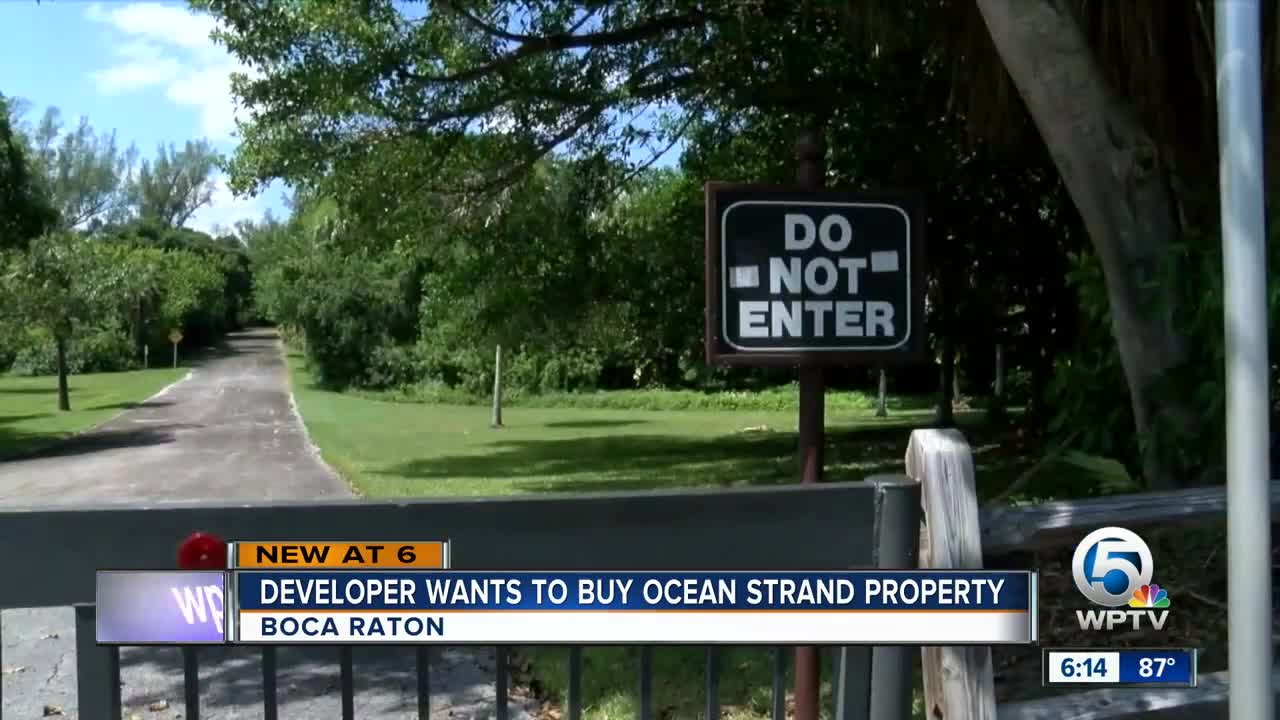 A developer claims to have the answer to the money problems with building a new golf course in Boca Raton.

BOCA RATON, Fla. — A developer claims to have the answer to the money problems with building a new golf course in Boca Raton.

Compson Boca Group (CBG) is offering to buy a different piece of property for $67.5 million.

CBG wants to buy Ocean Strand from the Boca Beach and Parks district, a 15-acre lot the district bought in 1994.

Resident Andrew Stekloff said she was shocked to see the offer sent to the BPD last week.

Her property is right next to the district owned land. “It was purchased with taxpayer money, not for private development money,” she said.

The offer is for $67.5 million and CBG says that money can be used towards building the new Boca National Golf Course and other projects that BPD needs funding for.

The proposal is for a hotel, condos, villas, and a marina.

“If it it a hotel or whatever, I will be facing it,” said Stekloff.

BPD Chairman Susan Volgelgesang said the district will take the time to hear from the community. If the BPD does entertain the offer they would have to tone up the opportunity t other developers to submit their proposals.

“The rest of the community will need to weigh in on what we do,” said Volgelgesang.

BPD will not discuss the offer until after their budget meeting next Wednesday where they will set their new mileage rate.