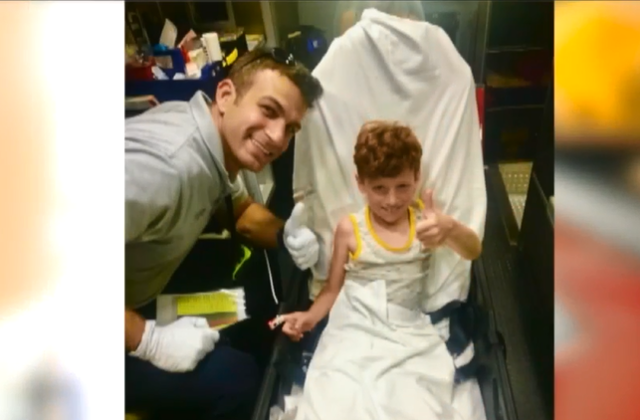 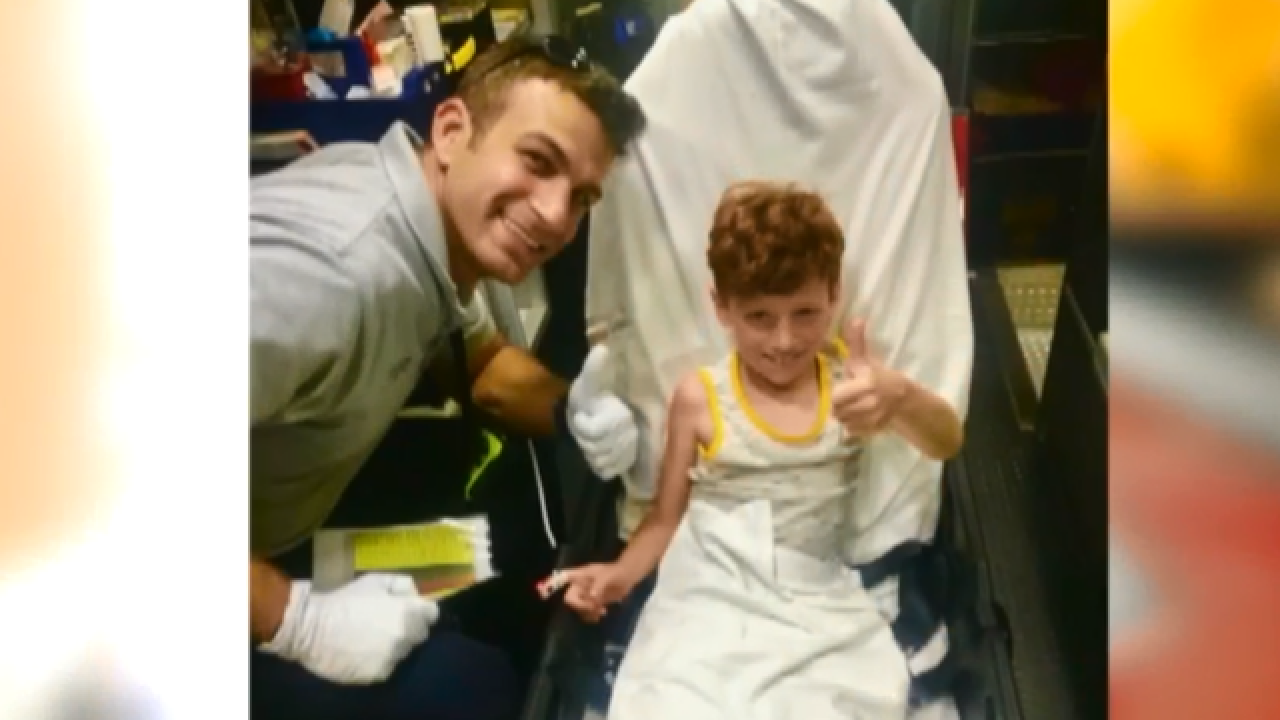 A seven-year-old boy from New Jersey had a dangerous allergic reaction at a Boca Raton restaurant Sunday, but his family is thankful the night had an inspiring ending thanks to paramedics at Boca Raton Fire Rescue Station 7.

"First responders are heroes. They are. They really are," said Marina Nevyarovskiy, the boy's mom.

His family is on vacation at Disney World this week, but they came down to Boca Raton Sunday to meet up with some friends. They were at a restaurant when Eli started not feeling well, telling his mom he felt like he was going to throw up, a sign his mom said he's shown since he was a baby when he's having an allergic reaction.

"A lot of the times anaphylaxis presents with very different symptoms," she said. "So for him, his first symptoms were body aches and this feeling, what’s called the feeling of impending doom where he was anxious and he just couldn’t figure out what was wrong with him."

"As soon as I realized what happened, I did not hesitate," she said.

Marina injected Eli with an Epipen she carries everywhere and called 911.

She credits a West Palm Beach organization called Red Sneakers for Oakley for making her aware of the need to use epinephrine, rather than Benedryl, as soon as possible when signs of anaphylactic shock start to show. Red Sneakers for Oakely was founded to raise awareness of food allergies in memory of 11-year-old Oakely Debbs, who died in November 2016 after having an allergic reaction to nuts.

"It’s very important to be informed and be prepared and not to fear what happens," Marina said.

Because of the Epipen, Eli's oxygen levels started increasing again by the time the ambulance arrived. He still had to be transported to the hospital for follow up treatment.

"You could see he was improving because he was asking to ride in the ambulance and he was so excited about it," Marina said.

Eli was excited because he's been a big fan of first responders for years, actually inspiring his own dad to become a firefighter this year in their hometown in New Jersey.

“He has his own costume and he designs his own fire extinguishers," Marina said.

Eli's enthusiasm also inspired Boca Raton Fire Rescue paramedics who responded to the restaurant Sunday night to invite him back to the firehouse for a tour after he got released from the hospital. One of the paramedics is also originally from a nearby town in New Jersey.

"It was very nice of them to actually show us the station. They gave us a tour," Marina said. "They let him sit in the fire trucks."

“I was super excited," Eli said.

“When any patient comes back to the station, it’s very rewarding to see them because when we see them on that call, it's different. We don't really recognize them, but then when they come back in, it's very rewarding,"  Boca Raton Assistant Fire Chief Michael LaSalle said. "Sometimes it's not such a happy ending, but when it is a happy ending like this, it's great."

Eli hopes to become a junior firefighter when he turns 16.

"He’s very grateful and he made new friends," Marina said.

“It is special and hopefully he’ll follow in his father’s footsteps or our footsteps and become a fireman, paramedic," LaSalle said.