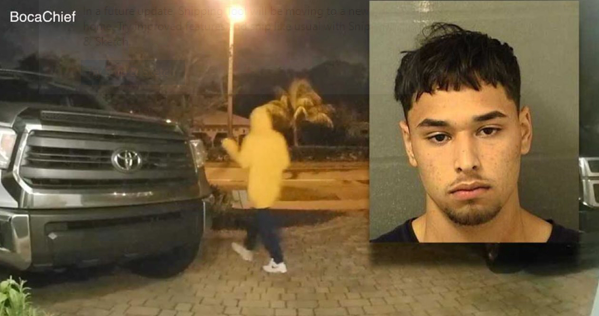 A homeowner’s security camera helped Boca Raton police catch a man who they say was breaking into cars. 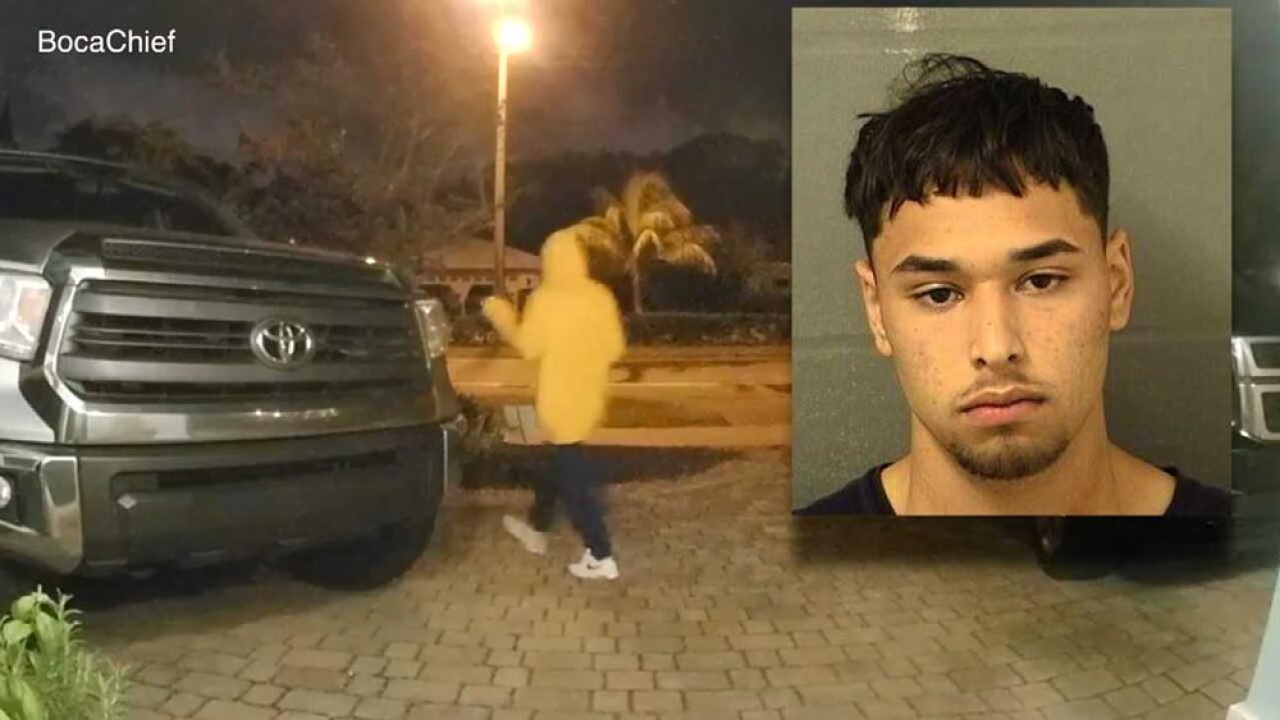 Police said a homeowner woke up to his doorbell camera alerting him that his car was being stolen in his driveway near SW 12th Ave. and Camino Real on June 6.

Boca Raton police arrested 18-year-old Henry Hurtado after they said he broke into several cars and stole a truck.

David Kelly lives in the area and said he was glad to hear Hurtado was caught.

"Thankfully the neighborhood does watch each other’s back, and that is what makes it a unique spot here," said Kelly.

Boca Raton Police Chief Dan Alexander posted surveillance video on Facebook showing someone getting into a Toyota truck and driving off with it.

The homeowner called 911 when he saw this and officers nearby were able to find Hurtado. The police report said he had a black purse, wallets, and cash with him and inside the truck.

"I had about 14 credit cards. All were recovered. Everything in the wallet was recovered," said Neil Rabin, a victim who had his car broken into. "You have to give credit to this area. People are vigilant about what is going on in this area. We have a big NextDoor online."

Police said this is the perfect example of technology helping police make an arrest.

"Technology is really helping us with that mission of see something, say something," said Jessica Desir, Public Information Officer for the Boca Raton Police Department.