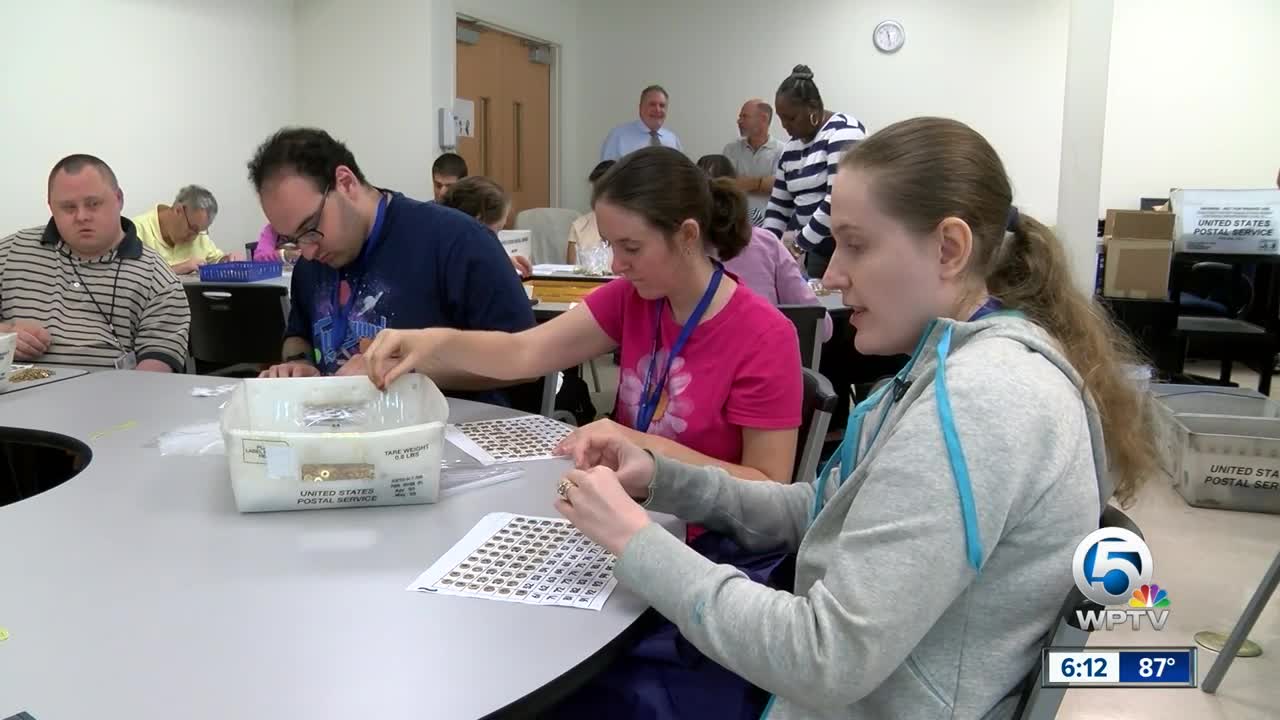 BOCA RATON, Fla. — A local manufacturing company says the industry is taking a hit. Now a Boca Raton organization says they have the solution for jobs that are going unfilled.

For Christine, a 43-year-old woman that work includes sorting and packaging military spare parts, it’s one of her biggest accomplishments.

“If you don’t have a workshop to come to we can’t meet other people, we’d be sitting at home doing nothing,” she said.

That’s because every person working at the JARC Campus in Boca Raton has an intellectual or developmental disability.

“I was different,” one woman said.

For many of these adults working in manufacturing is the first chance they’ve had at earning a paycheck.

It’s a program created by the JARC Florida a non-profit organization. Nancy Freiwald is the Program Director. The goal is to teach people with disabilities vocational skills that could help them get a job with a company in need of employees.

“Whatever it is you’re learning here we have a site to match that,” Freiwald said.

One of those sites is Stealth Supply, a military supply company in Delray Beach. Jerry Kaplan the co-owner says this partnership gives him the opportunity to fill jobs he couldn’t before.

“We probably at anytime have 500 open contracts,” Kaplan said

Those contracts can be worth tens of thousands of dollars. But he says now it’s beyond the money.

“You know local industries and local businesses need to know they’re here and they can do the job,” he said.