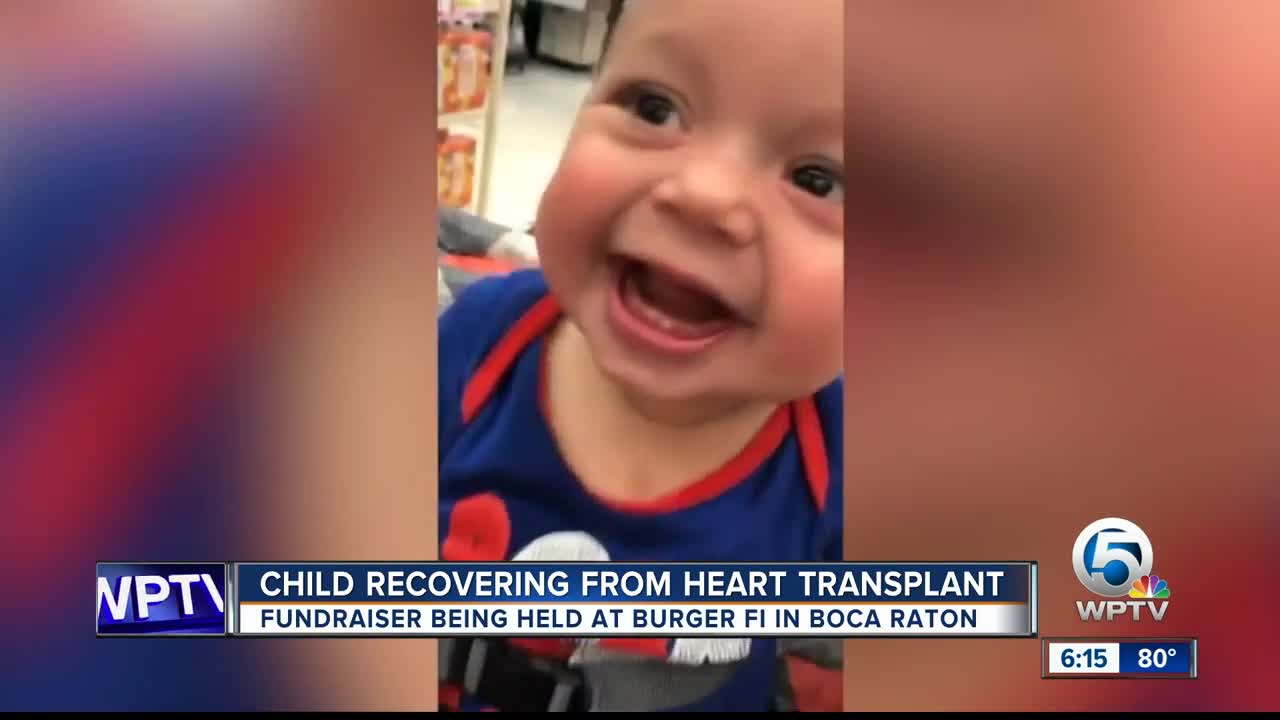 A portion of the sales generated at BurgerFi in Boca Raton on Saturday benefited the boy.

BOCA RATON, Fla. - A baby from Boca Raton has beaten the odds.

Doctors found Xander Nunez had a heart abnormality before he was born, and Xander has survived more in his first year of life than most adults. His family calls him a little warrior.

“You wouldn’t even know he was sick because he was very very sick,” said Alyssa Hopkins, Xander’s mother.

At four-months-old, Xander underwent a grueling heart transplant. Thanks to a donor, Xander was given a second chance at life.

“They made a lifeless decision that saved Xander’s life because he was not going to make it,” Hopkins said.

No, he’s growing stronger and playing, but his family is still recovering from a mountain of medical bills.

“I know when you have a baby with any type of medical condition the expenses go through the roof,” said Michele McCauley, who is a franchise owner of BurgerFi in Boca Raton.

McCauley heard Xander’s story and offered to host a fundraiser, because for her it’s personal.

“I also have had a baby that had a heart defect when she was born,” said McCauley, whose daughter passed away at four months.

McCauley is now giving back to her community and helping a family in need. She hosted a fundraiser Saturday at BurgerFi, and part of the proceeds went to Xander and his parents.

“I’d like to do this every year, basically around his birthday,” McCauley said.

“It made me appreciate that there’s good people out there,” Hopkins said. “I don’t think Ray and I would be here today if our son wasn’t either, this has been a blessing.”

Xander goes for checkups once a month, and next Saturday he will turn one.