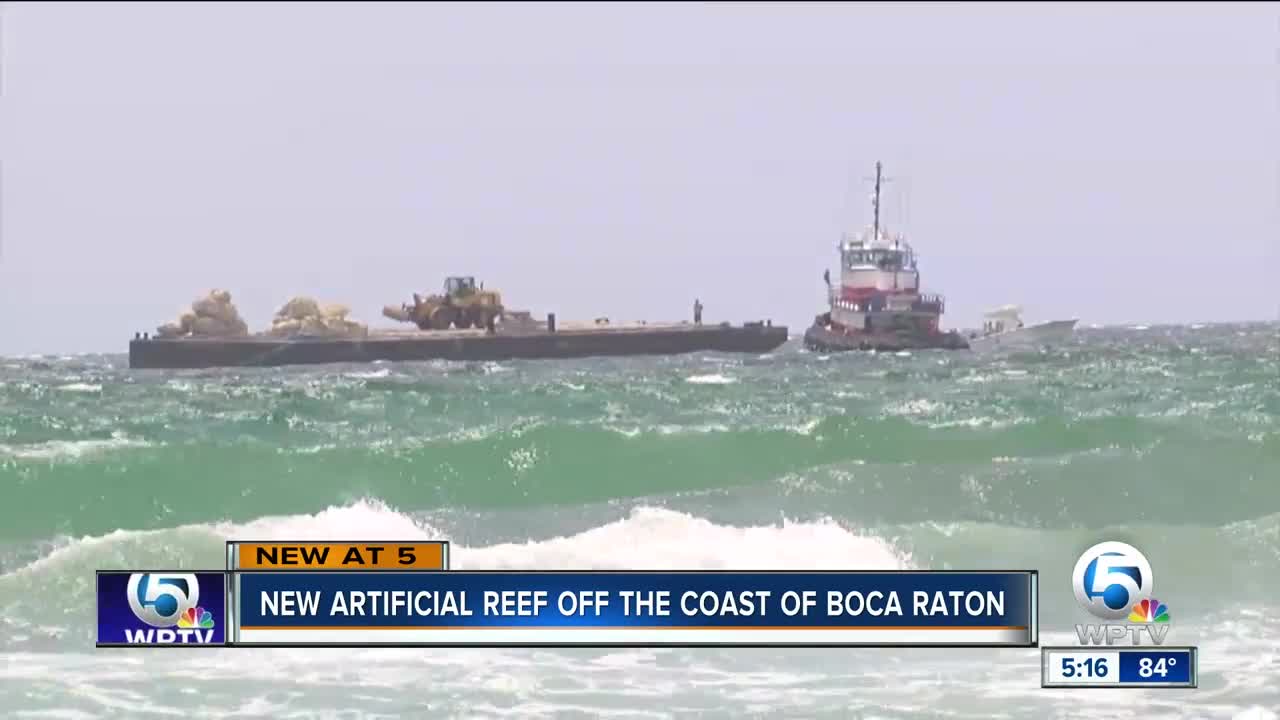 For hours people watched as 530 tons of limestone was dumped near the Boca Raton Inlet, Wednesday morning. 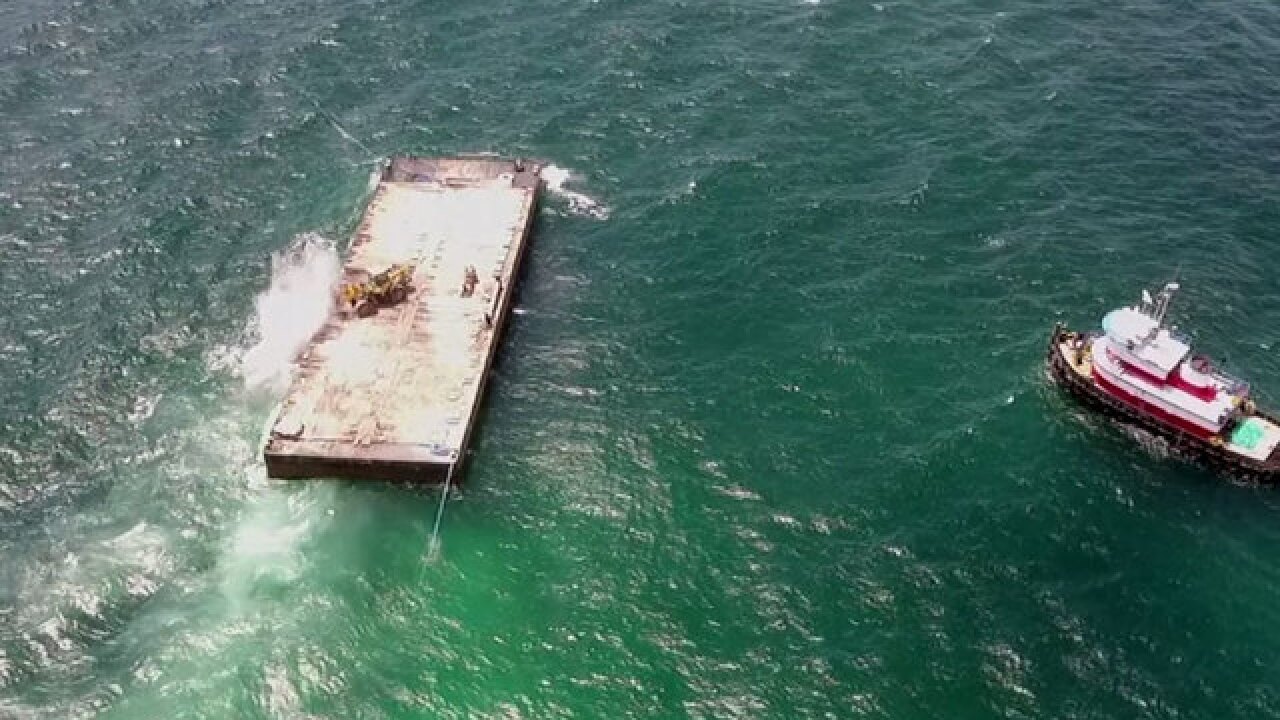 For hours people watched as 530 tons of limestone was dumped near the Boca Raton Inlet, Wednesday morning.

Piece by piece a bulldozer dropped the limestone right into the ocean and it caused a big splash.

"I wish I had a telescope," one beach goer said.

"Well I wasn't sure what it was," Joanie Pennea said.

She says the large barge caught her attention. The diver says a reef would be good for the beach.

"It's good for tourism and divers and nature," she said.

Artificial reefs near the coast can make up for habitat that is lost when sand washes over natural reefs. Many beach goers were excited about the beach's latest addition, Wednesday.

"Them putting that out there is great for diving, but I think it also helps protect the creatures that are going to live on the reef the fish and the creepy crawly things."