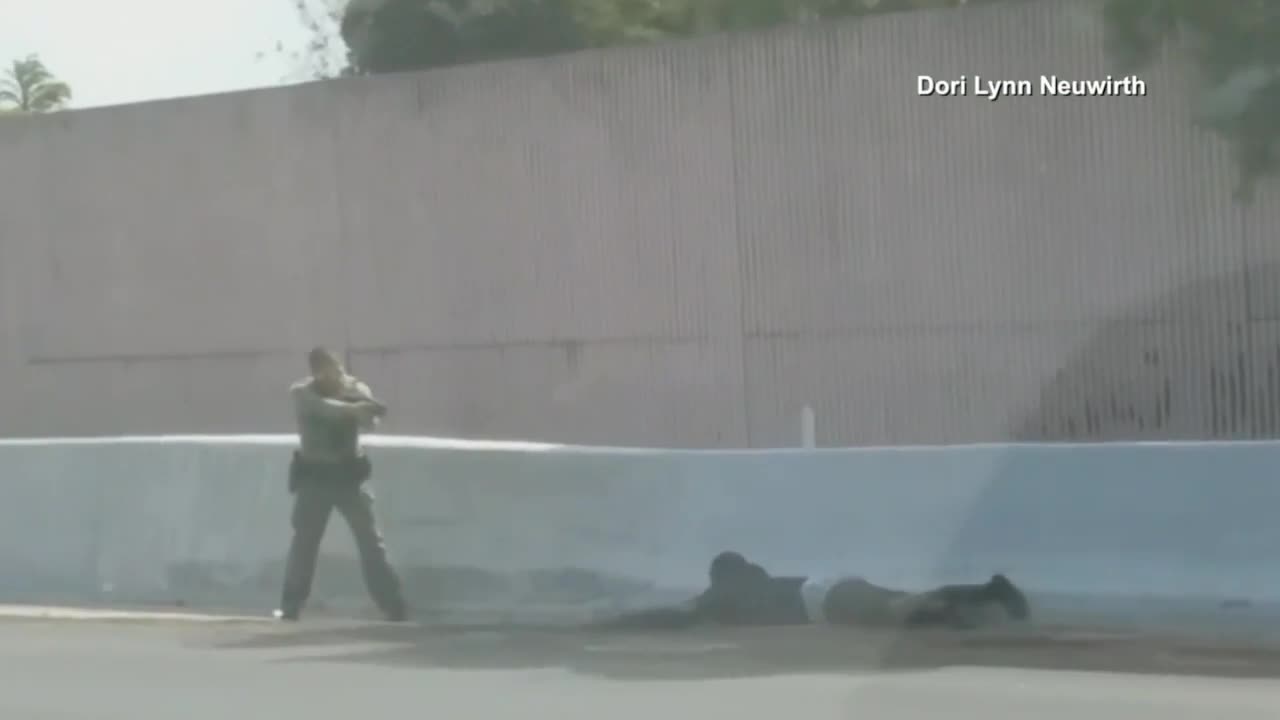 FHP Lt. Yanko Reyes said they received a call at about 3:34 p.m. from the Broward County Sheriff’s Office asking for assistance regarding a stolen red Nissan Rogue heading north on I-95.

Reyes said the vehicle then crashed into two other vehicles, a gray Mazda and a red Toyota, on I-95 northbound north of Hillsboro.

Video recorded by Facebook user Dori Lynn Neuwirth shows a Broward deputy pointing a weapon at one person on the ground along the interstate.

The incident caused multiple lane closures, but all lanes were back open by 6:43 p.m. Sunday.

The names of the people arrested have not been released.