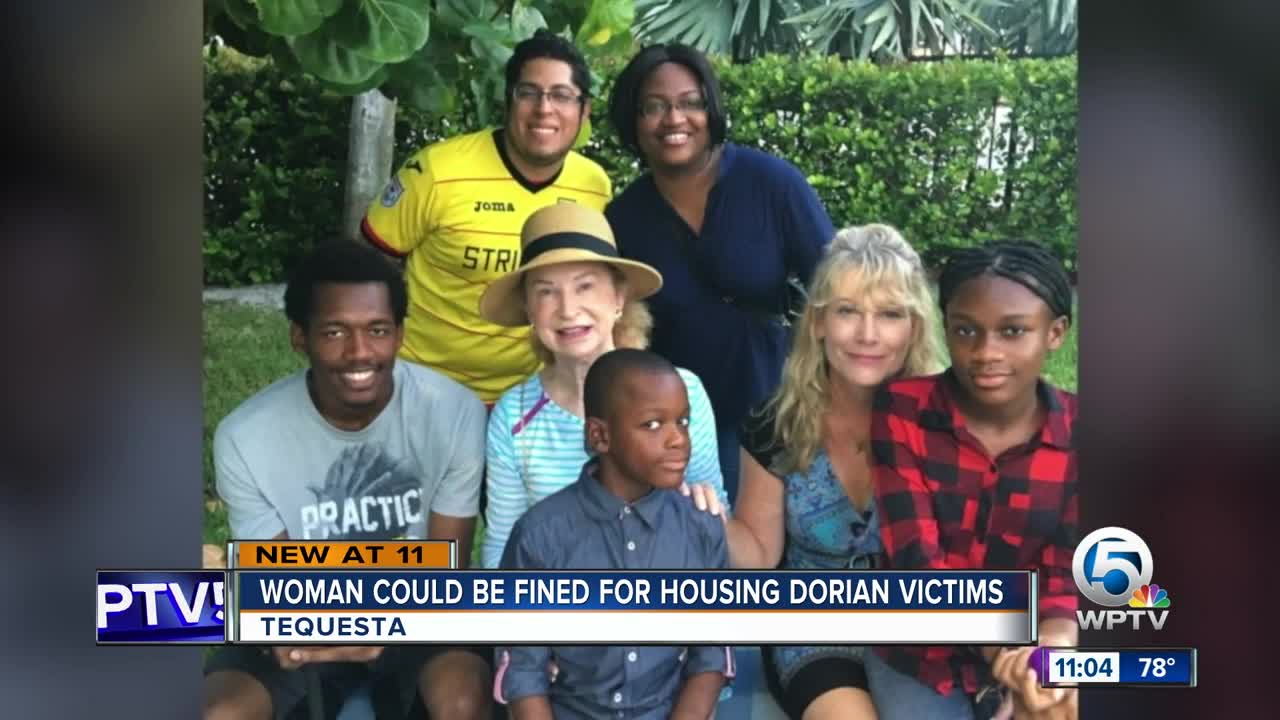 A woman trying to take in long time family friends who were displaced from the Bahamas by Hurricane Dorian, is being told by her condo association that it’s against rules, and if she keeps it up, she’ll start getting daily fines.

TEQUESTA, Fla. -- A woman trying to take in long time family friends who were displaced from the Bahamas by Hurricane Dorian, is being told by her condo association that it’s against rules, and if she keeps it up, she’ll start getting daily fines.

Donell Pubien’s home in Abaco is still standing, but barely. There are gaping holes in the roof and the walls are wrapped by water. It’s unlivable.

“Rocks would fly through and sound like shotgun bullets,” he said in an interview. “This hurricane was really devastating.”

He and his family have been close friends with Teena Lavalvo for about 10 years. They would come to visit her often over the years.

Lavalvo helped arrange for a private plane to take them off the island. The rest of his family went to stay at his sister’s but there wasn’t enough room for him, so he came to Teena’s townhome in the Tequesta Cay community.

Other displaced Bahamians stayed at her house too. She says the highest total was seven, which was for one night. Now she says, it’s now just him.

Teena was welcoming, she says her association was not.

“(The manager) indicated that she had been informed that I had brought in displaced families into my home and that it was against the guidelines of my association,” Lavalvo said in an interview.

Just days after that conversation she got a letter from her association’s management company. It says the home is for a single family and that she’s not allowed to rent any rooms out. She says she’s providing temporary housing for free.

“I do not understand how this association, or any other community wouldn’t have empathy for the fact that we have been going through a very short period of transition,” she said.

And starting next week, she could be fined $100 to $1,000 everyday a displaced Bahamian is there.

Pubien said, “Out of everything, you’re always going to find spiteful people and people that just don’t care about other people. But you’ll always find good people where ever you go.”

We were able to reach the management company late Thursday afternoon by phone. We requested to speak to the woman who signed the letter threatening fines, but we were told she stepped out of the office but would call back. We haven’t been called.

We also left messages for the association president but have not heard back.