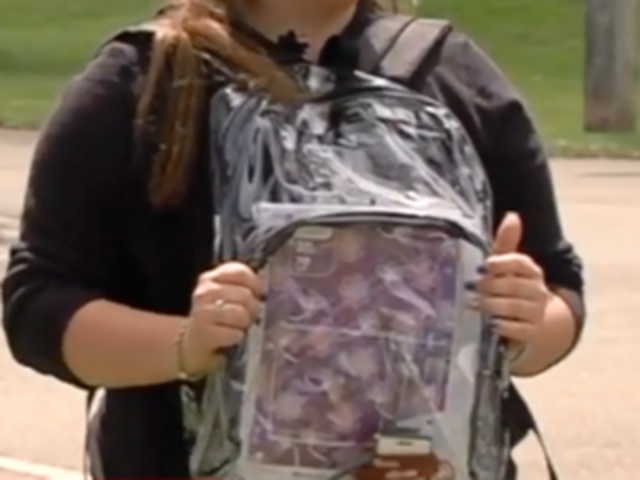 Watson B. Duncan Middle School in Palm Beach Gardens will require students to use clear backpacks when they return in August. 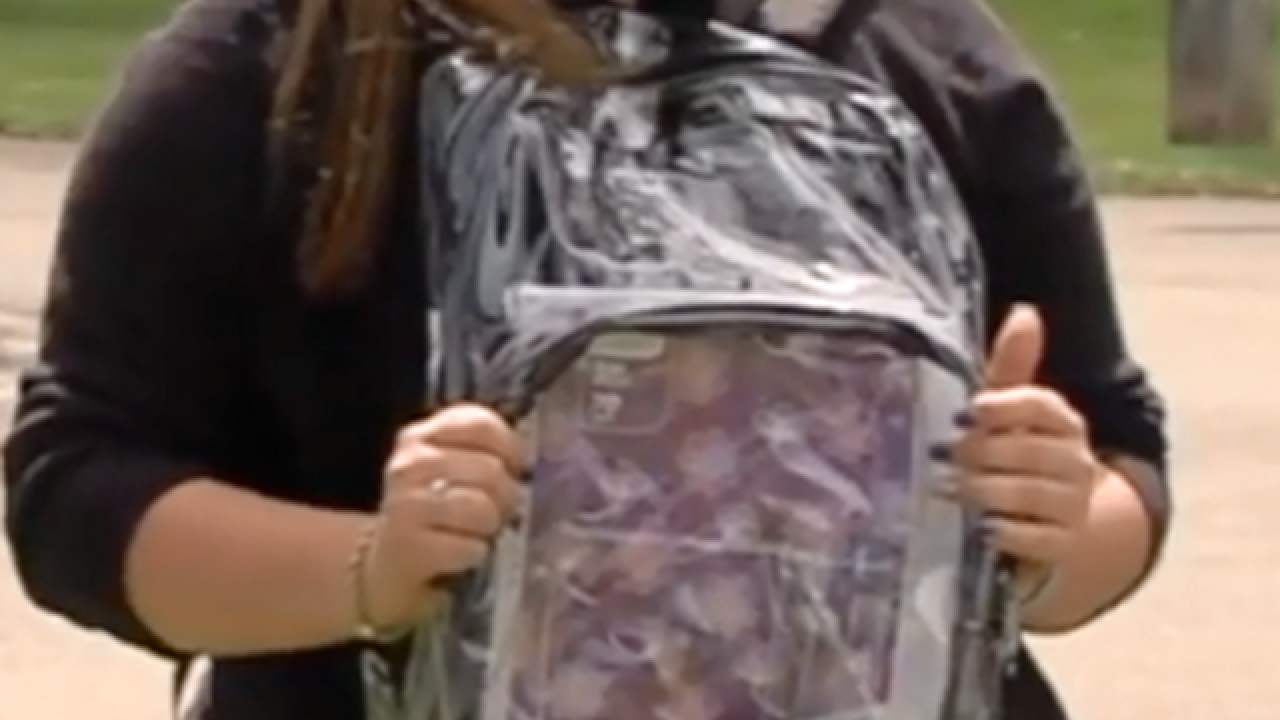 Watson B. Duncan Middle School in Palm Beach Gardens will require students to use clear backpacks when they return in August.

"We feel this will add an additional layer of safety for our students and families," the school wrote in an announcement on its website.

Erica Barnes received a robocall from the school Wednesday informing parents about the new policy.

"Good evening Panther parents. To enhance campus security, Duncan is requiring clear backpacks for the 2018-19 school year for all students," the robocall said.

“I understand what they’re trying to do," she said. "I personally don’t think it’s going to work or make any difference.”

The school gave tips to parents on where to find clear backpacks and what brands to look at in its online announcement, but some parents aren't buying that they will help keep their children safer.

Chris Aloisio wrote the following on the school's Facebook page: "Complete waste of money which is already hard enough to come by for schools. Call the school! Tell them to do something that will work and not waste time and money, and take our kids right to privacy away. We want action that will be effective at keeping our most prize possessions safe at school. This decision is nothing more than a knee-jerk reaction and does nothing but make the school look dumb."

The clear backpack debate went national in early April when students at Stoneman Douglas High School were required to sport them as a safety precaution following the February shooting.

“I don’t think that it does anything," said MSD Junior Jack Macleod, at the beginning of April when students returned from spring break. "I don’t think that issues that have come out of this movement that people are debating and disputing about are backpack-related.”

Barnes agrees. She doesn't think what students are wearing on their backs is the problem.

“I feel like if we really had mental health professionals in school, doing mental health, not doing scheduling not doing things like that, but somebody that a student would go to, I think that would be a start," she said.

Students at Stoneman Douglas High School will not have to use clear backpacks this upcoming school year. The principal announced that on Twitter Friday morning.

Palm Beach County School District could not be reached from comment Friday. WPTV will inquire about any other schools in the district that are looking at similar clear backpack requirements.