Person of interest ID'd in dog stolen from PBG Petco 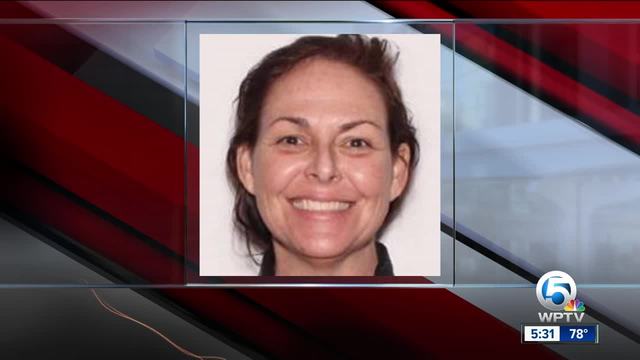 A Palm Beach Gardens' family is searching for their beloved dog after police say he was stolen from a local pet store after it's owner dropped off the dog for grooming.Police are looking for Heather Ryan, 48, of Palm Beach Gardens. 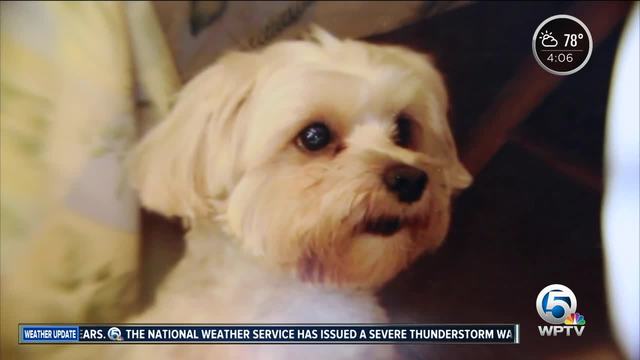 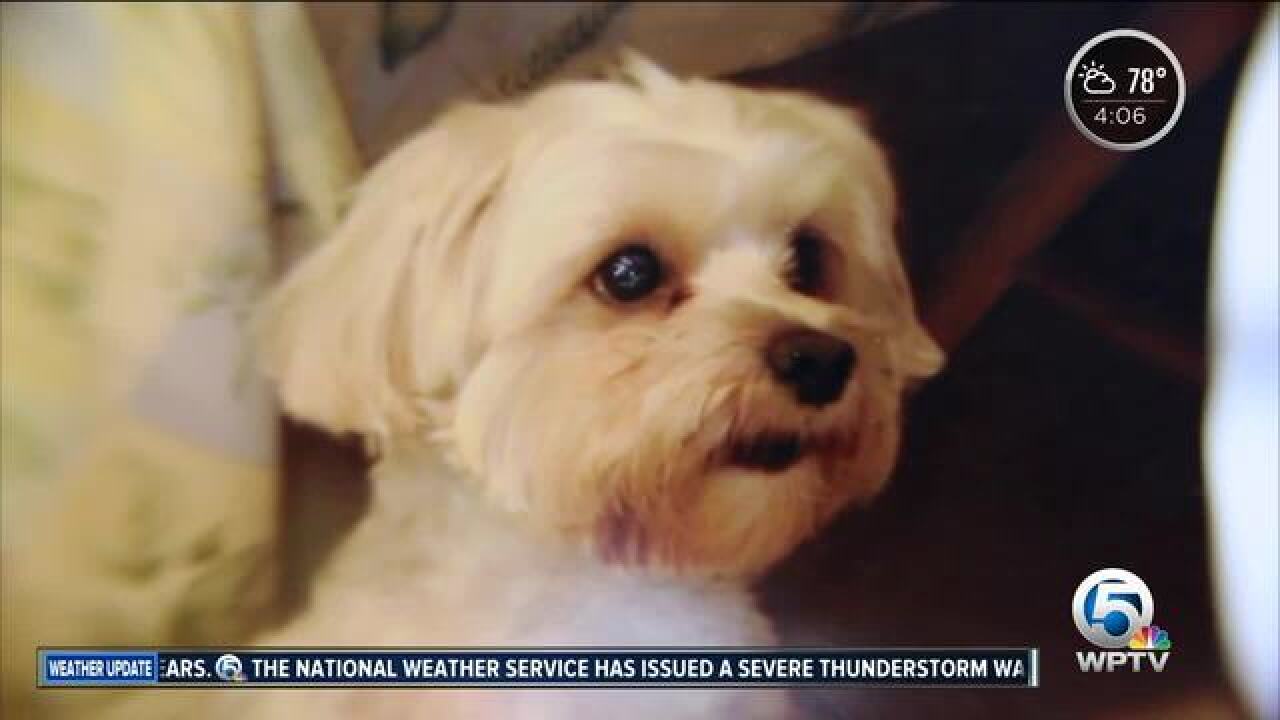 The Palm Beach Gardens Police Department has identified a person of interest in the theft of Teddy, the dog that was stolen from the grooming salon at a Petco on Legacy Drive on Saturday night.

Police are looking for Heather Ryan, 48, of Palm Beach Gardens.

It is believed that Ryan may be in Broward County as her personal belongings were found abandoned at the Cypress Creek Tri-Rail Station.

If you or anyone you know has seen Teddy, a tan and white colored Maltese/Yorkie mix, please call Palm Beach Gardens Police immediately at 561-799-4445.

The search continues for a beloved dog after he was stolen grooming salon in a Palm Beach Gardens Petco on Saturday.

Teddy, an 11-year-old Maltese and Yorkie mix, is blind and needs life saving diabetes medication. His owner says time is running out.

"He now has missed four shots. He's in dire need of his medication and he needs constant water," said his owner, Tara Cameron Harris.

Since our first story aired on Sunday, Harris said she's been getting so many messages and tips from viewers. She also has been calling countless shelters and veterinarian offices searching for Teddy.

"Time is ticking for teddy," she said in an another interview with WPTV on Monday. "His life is literally on the line."

Teddy was taken from the Petco store on Legacy Drive around 8 p.m. Saturday, just minutes before Harris' family arrived to pick him up from grooming. They had received a call from Petco, alerting them that Teddy was ready for pick up, but the dog was handed to a stranger instead.

At Petco, the health and safety of the pets in our care is always our top priority. We’re aware of what happened at our Palm Beach store and we understand how devastating this experience must be for Teddy’s family. We’re taking this situation very seriously, conducting a thorough investigation, and are cooperating with the local authorities as well. We have strict policies in place designed to ensure the safety of pets in our grooming salons, and based on what we’ve learned so far, it’s clear those policies were not followed. We will be taking appropriate corrective action.

Harris said she is now learning new details from witnesses about the incident.

"She did not ask Teddy by name. It was 'Is my dog' or 'A dog ready?' The groomer then said, 'Teddy?' She looked him over tip to tail, was crying, shaking, saying he's so beautiful wonderful," said Harris. "The groomer then gave her a slip. She went to check out, she paid for his grooming -- which I'm hoping she thought maybe was an adoption fee -- left a dollar for donation and then left with teddy."

The store failed to verify the woman's identity before handing over the Teddy.

"How can this happen? How can someone just take a dog?" said Harris.

Luckily, tips are streaming in. Cathi Davis, who saw our report on her WPTV mobile app.

"I got the notification on my phone and thought, 'Huh? I wonder if its the same lady that stopped us?" she said.

Davis said she recognized the suspect as the same woman she saw outside PetCo acting bizarrely the night Teddy was stolen.

"We were very creeped out," she said. "She asked us if we had any puppies to give away, if we were selling or giving away puppies and we were like no."

Davis said she and a relative in the car told the woman that Petco has adoptable animals. The woman then walked away.

"There was something wrong, I don't know if she was on medication or drugs. Something was not right there," she said.

Harris said this incident leads Harris to believe that the woman possibly got mixed up and thought she was adopting Teddy. Adding to this theory, Harris received another tip from a local animal rescue, who said they worked with PetCo for adoptions on that day.

"Maybe this woman went in and thought the grooming services was an adoption place? That's what we're hoping," she said.

Adding to the anguish, Teddy belonged to Harris' grandmother who just passed away in January.

"It was a piece of my grandmother that I could play with and touch and that's been taken from us," Harris said through tears. "We don't have him... And we can't care for him. We need him home."

Harris said the incident highlights problems in pick-up policies at stores like Petco. She said she has yet to hear from the company directly.

"No other identification is required," she said. "Our first concern is to bring home Teddy and once we have him safe, I would really like to plead with Petco to have a policy change or a policy, at all."