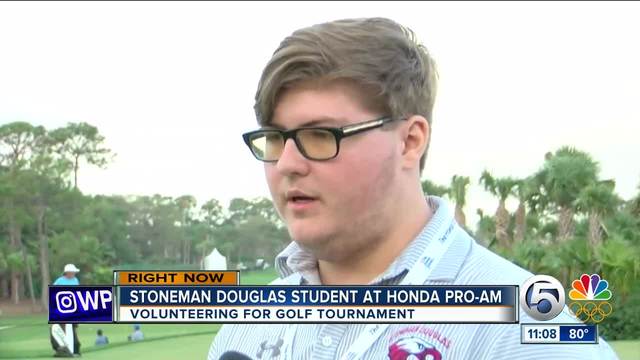 A student at Stoneman Douglas High School, who was at the Honda Classic Pro-Am Wednesday, shared his emotional thoughts on the shooting last week and getting to meet Tiger Woods. 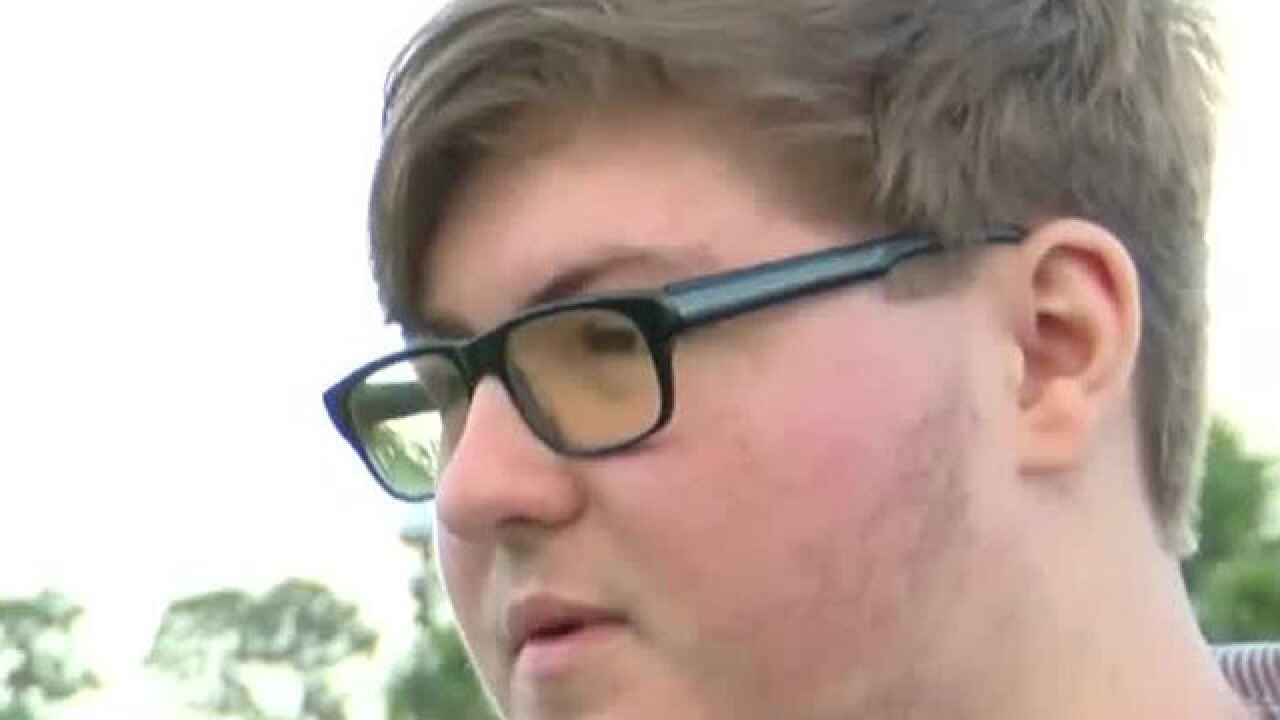 For 15-year-old Kevin Shanahan, volunteering at the Honda Classic is the first time he’s left his house since the tragic shooting at his high school one week ago.

Shanahan is a sophomore at Stoneman Douglas High School.

He said his uncle is a long-time volunteer and already planned to bring him to help out, but it became even more important after what happened.

He says he lives right by Stoneman Douglas High School.

“You couldn’t escape it going home because it was at home, it was just a really dark time and for the majority of that time, I just hid in the safety of my home but it’s nice to be out here, it’s a beautiful day,” said Shanahan.

Shanahan even had a special encounter with Tiger Woods. He says, "It was really nice because I got to talk to Tiger Woods and I got an autographed hat from him but what really made it special was he really cared. I went up to him shook his hand and he looked me in the eyes and really wanted to have a conversation with me, it felt like he stopped what he was doing and he really cared about me and he was asking how I was doing. And he gave me some kind words and talked to me not as a script but like a father."

Shanahan says he can’t volunteer on Thursday because he’s attending the funeral for Aaron Feis, the beloved football coach who died protecting other students during the shooting.