A football coach who shielded students when a shooter opened fire at a Broward County high school on Wednesday has died, the school announced.

A football coach who shielded students when a shooter opened fire at a Broward County high school on Wednesday has died, the school announced.

A gunman opened fire at Marjory Stoneman Douglas High School killing 17 people and sending students running for their lives, according to the Broward County sheriff.

Assistant football coach and security guard Aaron Feis was shot while he shielded students from the gunfire. 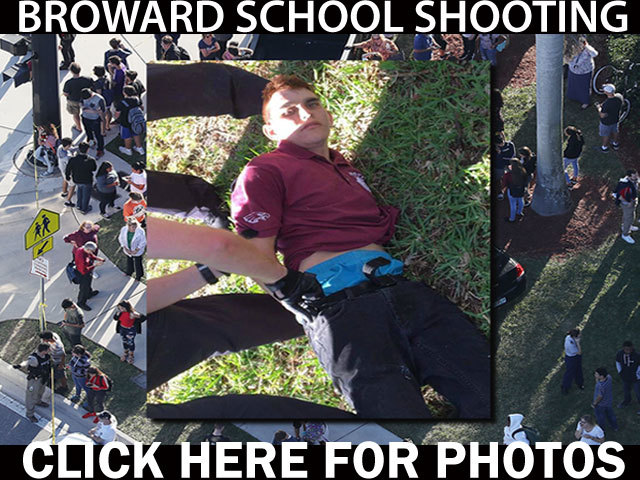 "When I took my headphones off the alarm was going off and I heard the shots and then I saw the shooter run after Mr. Feis and I saw Mr. Feis get shot," a student told ABC News.

Feis succumbed to his wounds, the school announced on Thursday morning

Feis was a graduate of Marjory Stoneman Douglas High School, class of 1999, according to his bio on the school’s website. He spent his entire career at Marjory Stoneman Douglas, as a player and as a coach. He began coaching at Douglas in 2002, where he spent 8 years as the head coach of the junior varsity team. He later became a lineman coach for both the junior varsity and varsity teams at the school and worked as the school's college football recruiting coordinator.

This, ladies and gentlemen, if the face of a hero. Coach Aaron Feis was injured protecting a student in the shooting at Marjory Stoneman Douglas High School and, at last report, is in critical condition. He is a friend to all students that know him. He was always so nice to me when I went to school there, and I know he is close with my brother and his friends. Please, take a moment to send healing prayers for him.

Coach Feis leaves behind his wife Melissa and their daughter Arielle, according to his bio.

The suspected gunman, 19-year-old Nikolas Cruz, was arrested on Wednesday following the shooting and faces 17 counts of premeditated murder. He is being held in the Broward County Jail without bond.