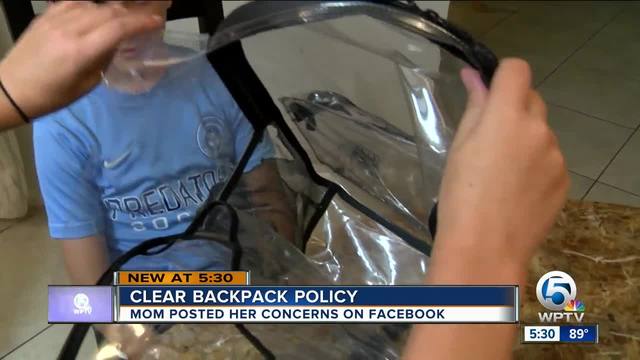 One local mother says required clear backpacks are becoming a hassle because they aren't durable. 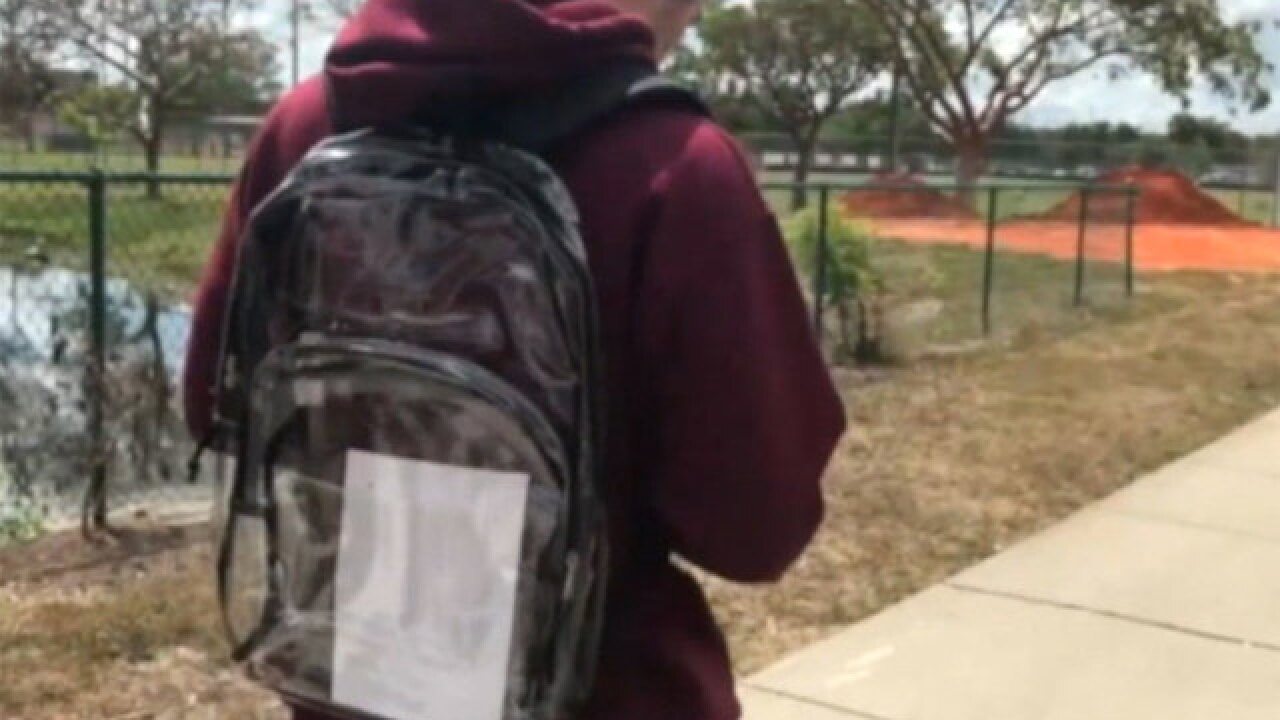 Each day after school Christin Marron sits with her child Bradley to go over what happened at school, but earlier this week Bradley came home with a problem.

"It's definitely an inconvenience for any family member," Marron said.

She's talking about a clear plastic backpack. He's now on his third backpack in two months.

"The problem area is pretty much this whole thing. We can't zipper it. The zipper is detached," she said.

A clear backpack is Bradley's only option. This year his school Watson B. Duncan Middle School joined several other schools in the Palm Beach County School District and issued a clear backpack policy.

Marron says the problem is that they keep breaking.

After she posted her concerns on Facebook others moms in the area chimed in saying they were dealing with the same issues. One called it "absolutely absurd."

So WPTV reached out to the school.

Adding that they've spent around $4,000  to help make sure every students has a clear backpack.

But Bradley says Tuesday when he brought his normal backpack to school he was told to carry his supplies and books in his hands.

"I thought it was really annoying because I didn't want to carry my stuff around school and I couldn't get gym clothes home and I haven't washed them in like two days so it was a pain," he said.

When asked if a student had heard of a student having to carry their supplies and books in hand for not having a clear backpack, Principal D'Amico said he was unaware of that situation.