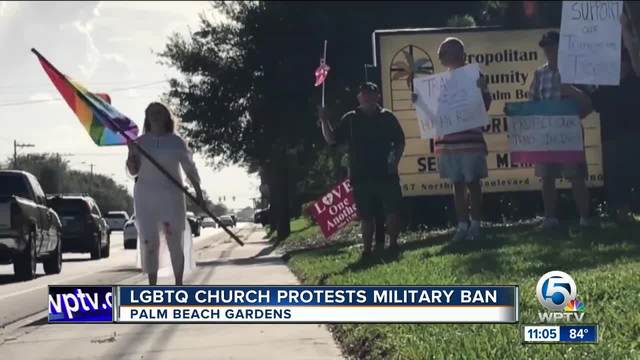 Honks and cheers broke up the feelings of outrage felt by members of the Metropolitan Community Church of the Palm Beaches. 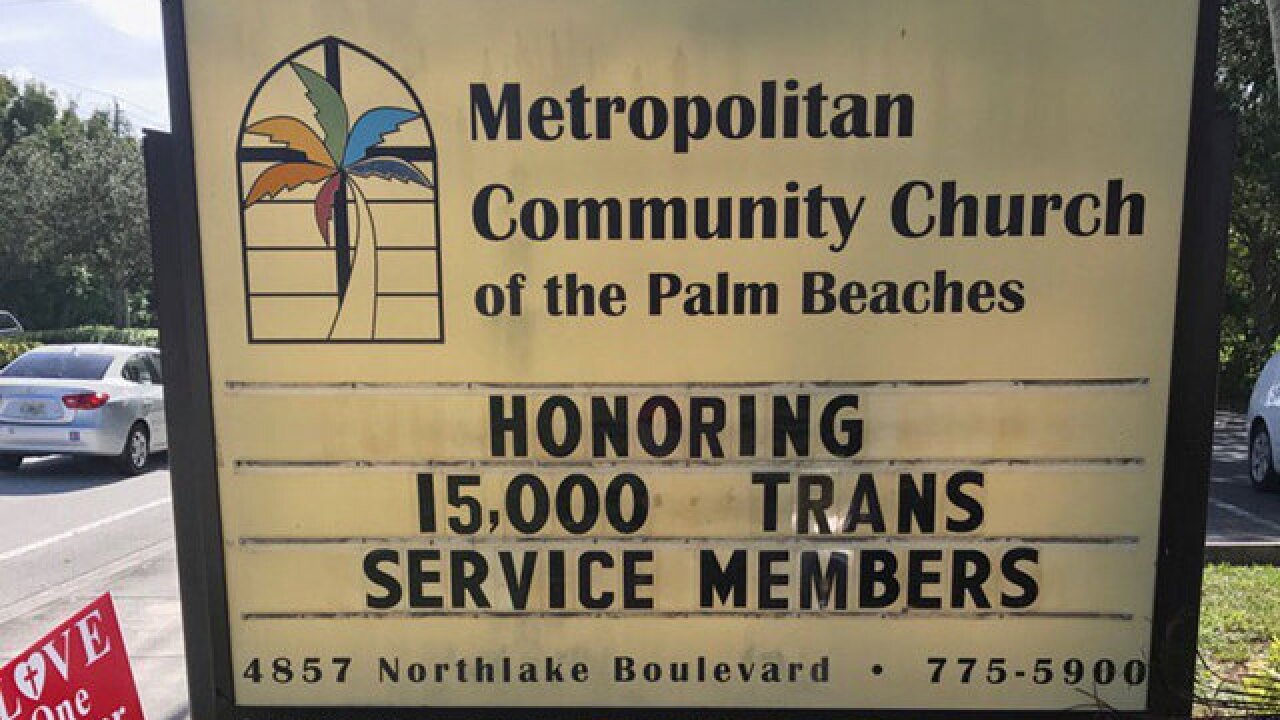 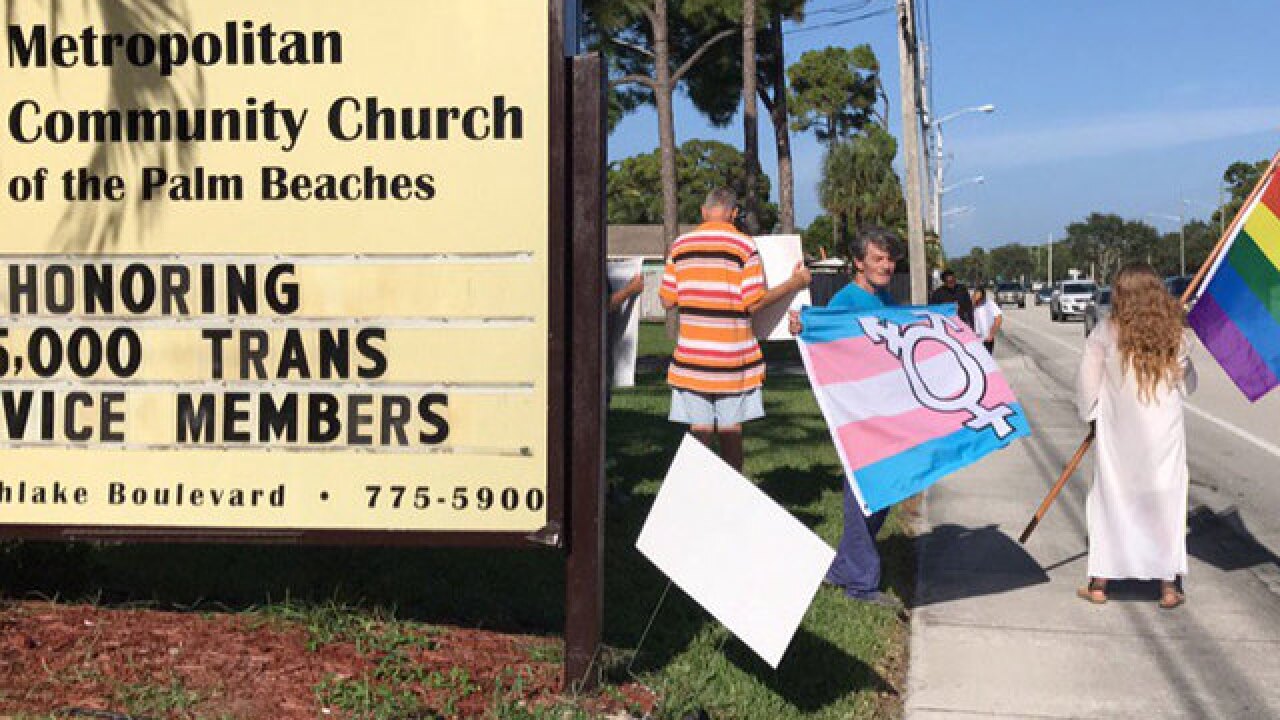 In three tweets, President Donald Trump announced his ban of transgender people from the military. Transgender service members have been able to service since last year. From social media to the streets, supporters of LGBTQ rights made their voices heard Wednesday.

Honks and cheers broke up the feelings of outrage felt by members of the Metropolitan Community Church of the Palm Beaches.

"I can't even wrap my mind around it," said Pastor Lea Brown, who organized a protest right outside her church in response to Trump's announcement.

"This basically is a message from the Administration to the trans people that says you are not good enough to take a bullet for me," said Sarah Helen-Land, member of the Metropolitan Community Church.

The President said he arrived at the decision after consulting with Generals and military experts.

He said he believes the military has to be focused on victory and cannot be burdened with medical expenses of transgendered military service members.

"I am beyond outraged. I am livid," said Pastor Brown. There's an estimated 2500 to 7,000 transgender service members on active military duty right now and up to 4,000 in the reserves.

"For all of them, it is a slap in their face," added Pastor Brown. Pastor Brown was also forced out of following her calling.

"I'm a veteran. I got to serve in the Army for one year in the late 1980s before I had to resign my commission because I'm lesbian," she added.

Pastor Brown hopes her spur of the moment protest will be the first of many.  "I'm embarrassed that every gay person in Florida is not out in the streets tonight protesting this," she said.