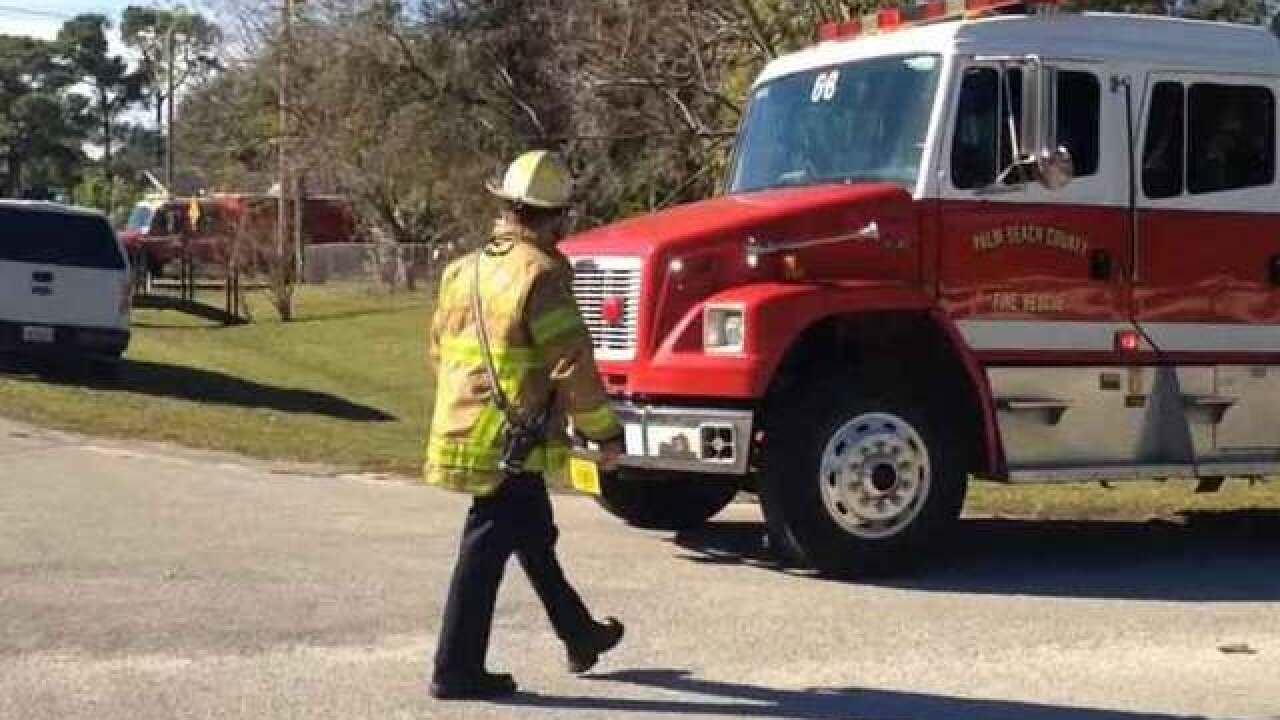 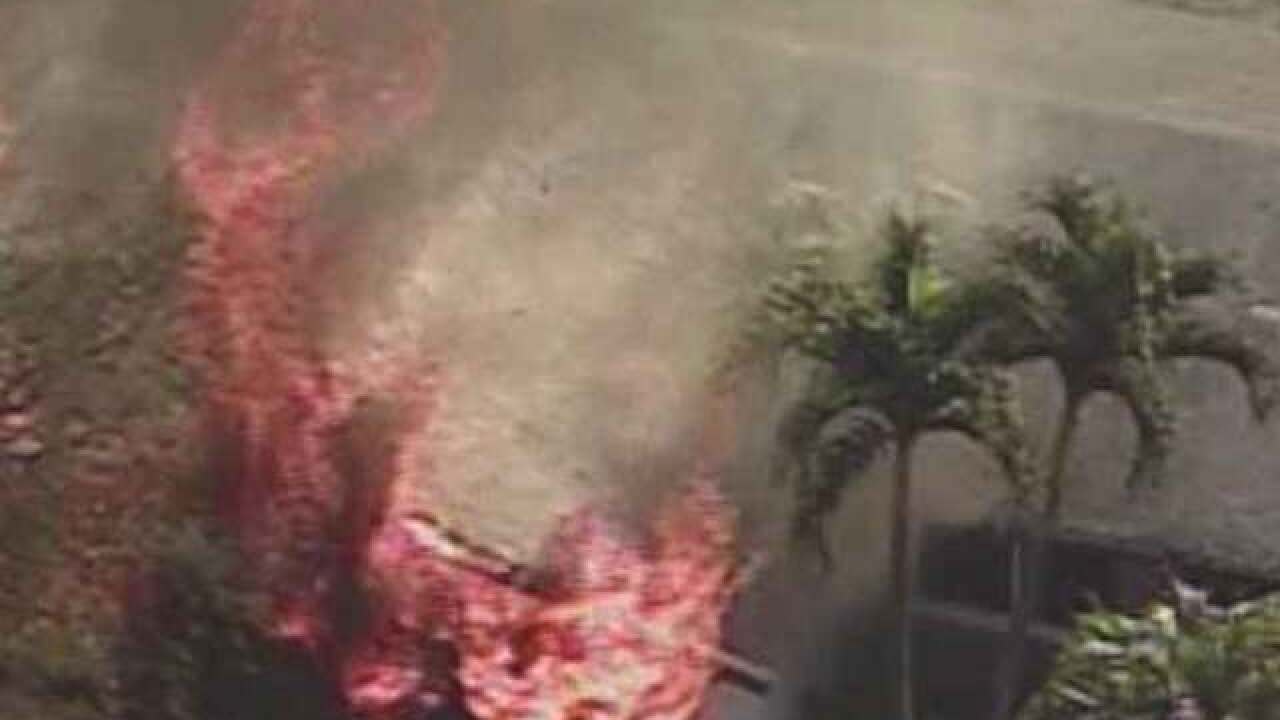 Chopper 5 flew over the scene at 9:15 a.m. and large flames could be seen shooting through the roof along with a large amount of smoke.

Officials said one resident was inside at the time of the fire but escaped unharmed.

Palm Beach Gardens Fire Rescue said the fire was due to an improperly maintained fireplace.

"So the message here is as that as the weather gets colder and we are all pulling out those space heaters and we're turning on our fireplaces or lighting those, it's very important that those be not only be maintained but space heaters are maintained and used the way the manufacturers intended them to be. Make sure they are, you know, far enough away from combustible materials," said Palm Beach Gardens Deputy Chief Keith Bryer.

Fire Rescue said the home is likely a total loss.

Local business owner Christopher Johncke lives down the street from the house.

"I drove by, and I could see that their whole house was ruined,” Johncke said. “I try to put myself in their shoes, and I can't even imagine really what it would be like to lose everything.”

“I don't even feel like we're doing much other than just saying ‘hey community neighbors let's get together, let's see if we can help them out.’ Every little bit counts,” Johncke said.

The chain has two store locations in Palm Beach County. One is at 2528 PGA Boulevard in Palm Beach Gardens and the other is at 1900 Okeechobee Blvd. in West Palm Beach.