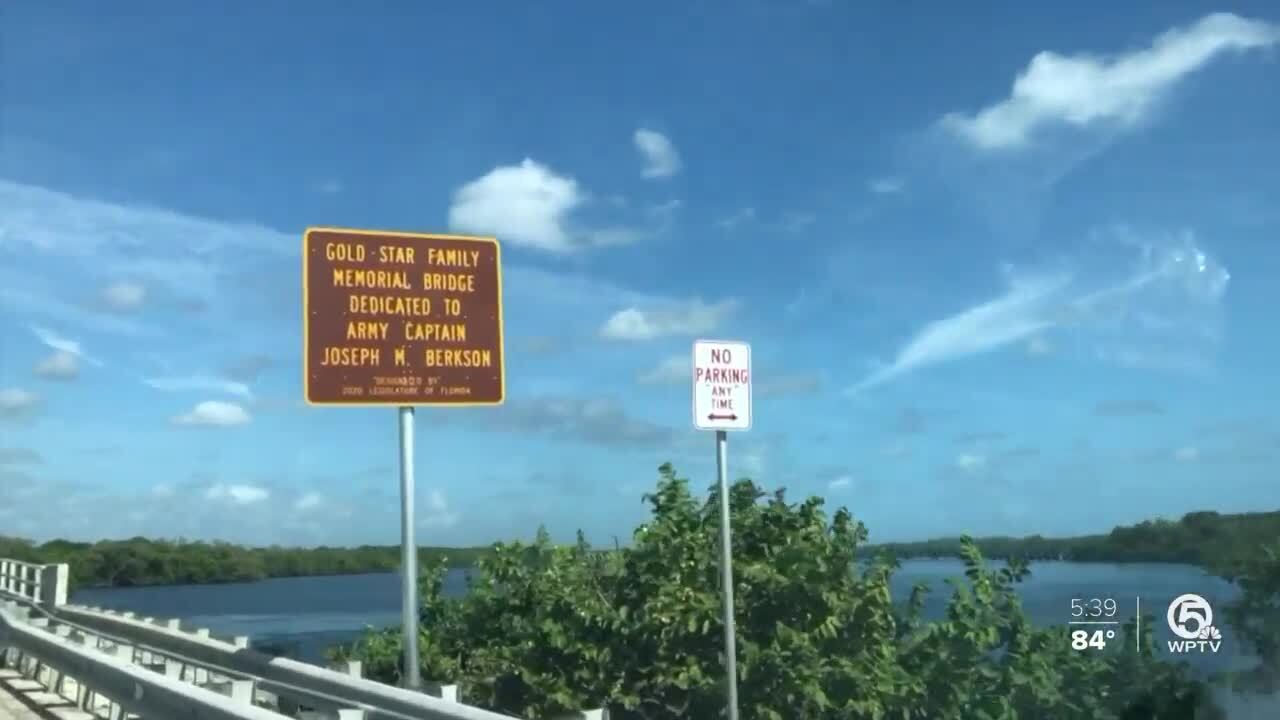 A North Palm Beach bridge has been renamed to honor fallen soldiers and their families.

NORTH PALM BEACH, Fla. — This week is known to many across the US as Gold Star Families Remembrance Week.

It's a time to honor loved ones of veterans who died in the line of duty.

This morning several local and state leaders joined in solidarity for a special dedication ceremony to unveil what is now called the Gold Star Family Memorial Bridge.

The bridge is located in North Palm Beach along Jack Nicklaus Drive inside Macarthur State Park.

Its purpose is to remember fallen service members and recognize their immediate family members.

The new memorial site is known locally as the Burnt Bridge but it is now named after Captain Joseph Berkson.

Berkson was a United States Army Ranger who was killed in Vietnam in 1972.

His daughter Lauren was just ten months old at that time.

She has since made it her life’s mission to ensure fallen soldiers are not forgotten.

During the special ceremony she said the bridge serves as another symbolic reminder that freedom isn't free.

"These people died for all of us," Berkson said. "These people didn’t care where you came from how much money you had what color you are what religion you are it was for all of us and that selfless act is how we have our way of life everybody is free because of the people who paid the ultimate sacrifice."

"When somebody in the military dies, they die for everyone. It doesn’t just affect the immediate family and friends. That person died for our nation so people need to understand that over 1.5 million people have died so they can do what they want to do every day," she said.

The memorial bridge is the first of its kind in South Florida and the second in the state.