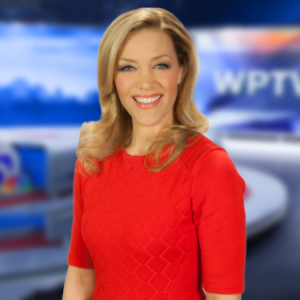 Have you ever wondered about the children of the men and women who have died for our freedom? What their Christmas morning must be like?

Those who have lost family members while fighting for our freedom are called 'Gold Star families.'

No matter how many presents are under the tree, for Gold Star kids, their greatest heart's desire will never be granted.

So North Palm Beach resident Lyette Reback stepped up for a big challenge...to raise a couple of bucks to give these Gold Star kids a few gifts under the tree.  She calls it a mission in gratitude, and it started around Christmas last year.

"Right around Christmas time I saw someone post, 'hey does anyone know about a program,' this was a Gold Star wife, 'that provides gifts for kids at Christmas? I'm in a little bit of a financial pinch.' And so I came out and told my children, 'well, that's just wrong.' "

So Lyette Reback recruited an army.  Her husband, David, and their 16 homeschooled kids transformed their home into a toy-wrapping workshop.  They are granting the wishes of Gold Star kids across the country.

Through their 'Believe With Me' website, they're connecting the kids with donors--Americans who are grateful for their sacrifice.  A big box with the teddy bear, toys and a Bible are delivered to every single Gold Star child's doorstep.  As for the Reback kids, and the neighbors who show up to shop, wrap and ship, Reback knows, the givers and the kids are the ones truly receiving.

"Every opportunity you have was paid for on a battlefield, and so you need to put your whole heart and effort into everything you do," Reback said.  "The children, some of them as they were wrapping gifts, they were crying...thinking... this kid has no dad--for me! and I thought, yes!  That's why we're doing this! So that you can recognize the sacrifice and the cost of your opportunity."

Reback said donations were down this year until The Today Show picked up their story two weeks ago.

"I mean within two hours the project was taken care of and probably next year's kids too...like it was so amazing how many grateful Americans, we're so excited, we love what you're doing...I can't pick a kid...here."

With the kids' Christmas wish lists filled, Reback turned her sights to helping a local Gold Star family.  This time, it's a husband and wife who lost their son overseas and then lost their home during the grieving process.

Every dime donated to this new initiative will help purchase a home for this family who lost their son in combat.

"I know a house sounds like a huge ask, I’m not asking everybody personally for a lot, I’m asking for a couple dollars," Reback said.  "We close on this house and we will be able to tell this family at the reveal that thousands upon thousands of grateful Americans have not forgotten your son...have not forgotten your sacrifice.  We all think it's way too much to lose your home on top of it...and this is on behalf of grateful nation."

If you would like to make a donation to the fund go to:

The home will quietly be purchased and renovated over the holiday season.  Reback says the keys to the new home will be turned over to the unsuspecting parents in January.