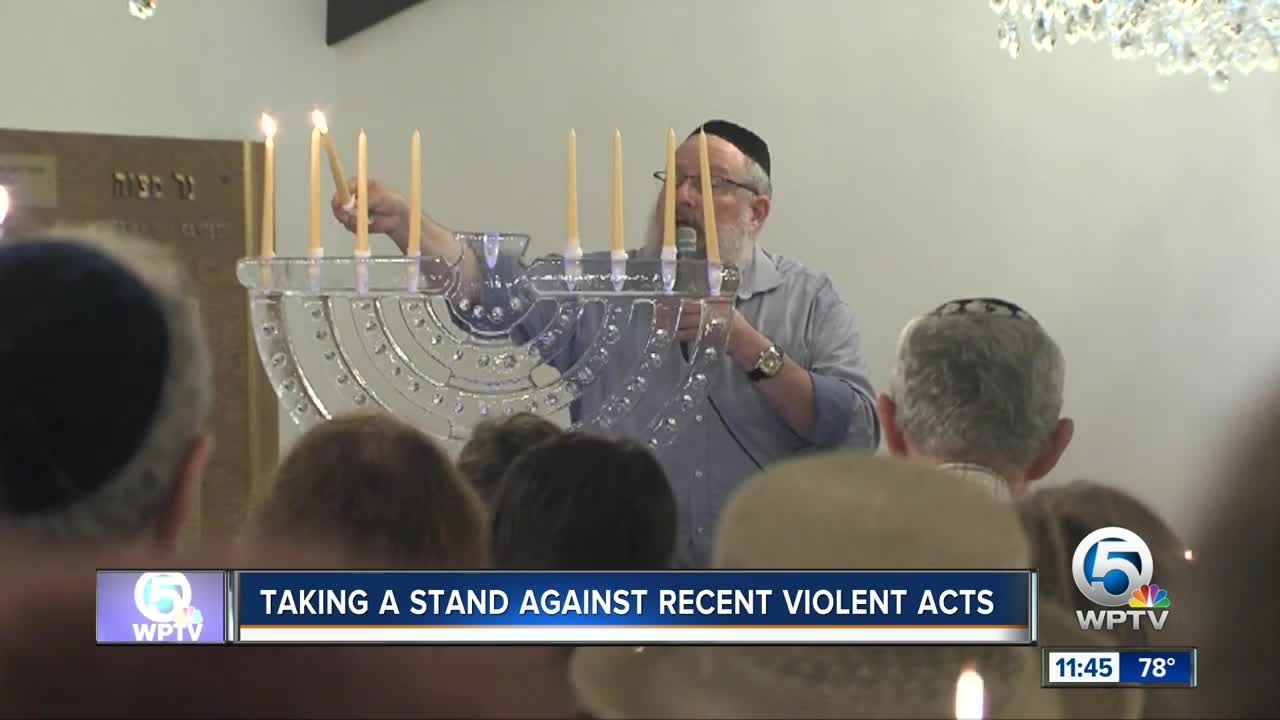 A Jewish Center in North Palm Beach gathered Sunday to remember the victims of a recent attack at a home near New York City. 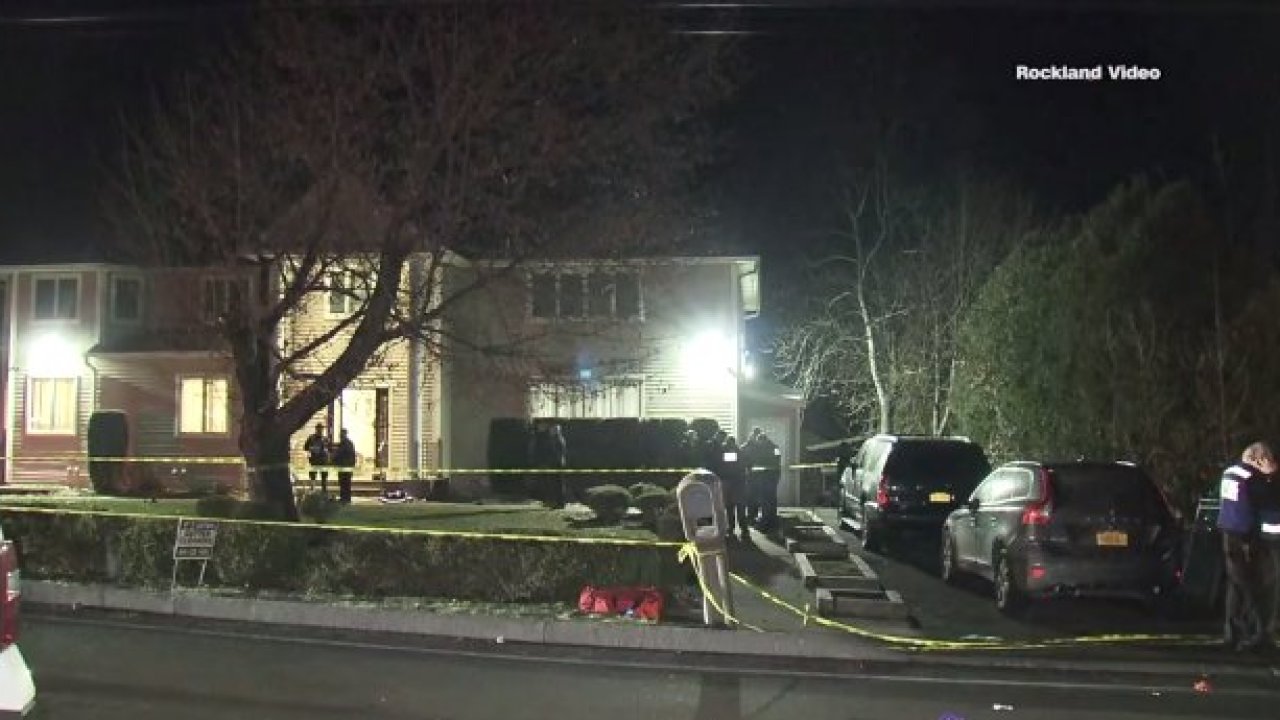 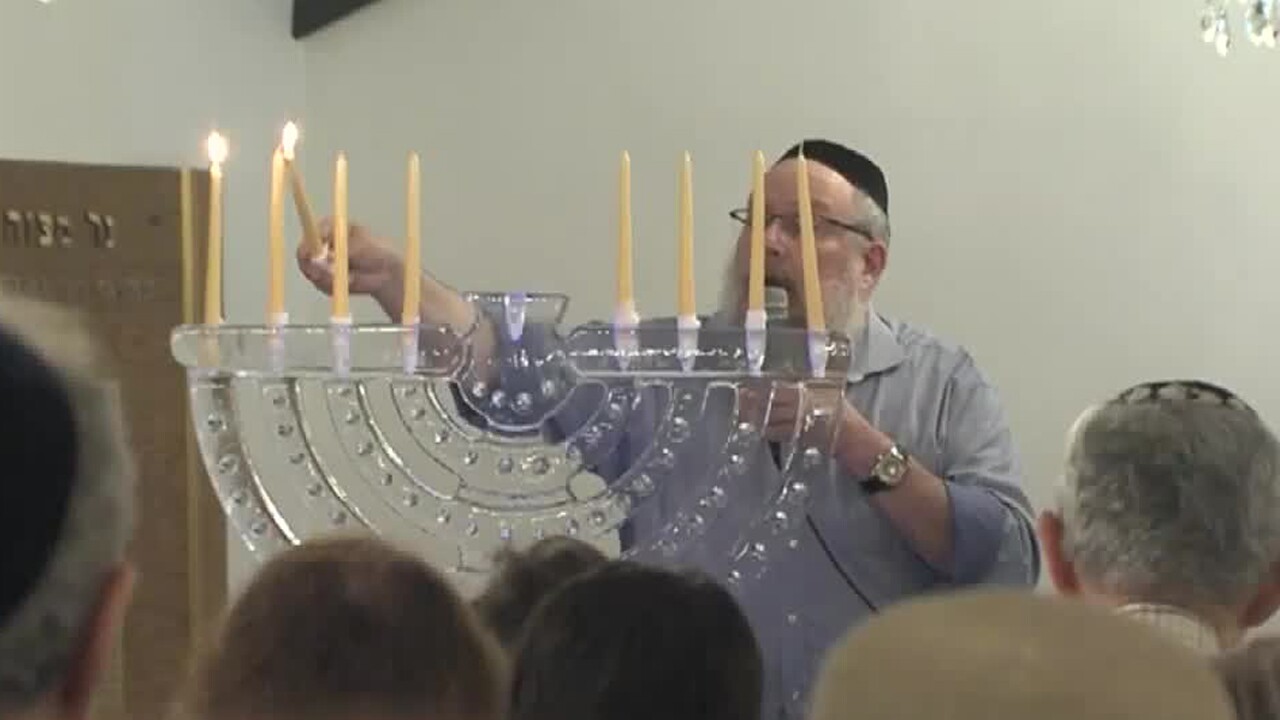 NORTH PALM BEACH, Fla. — A Jewish center in North Palm Beach invited people of all faiths to gather on the final night of Hanukkah.

Members of the Jewish faith said they are doing what they can to stand up against violence after a man is accused of barging into a rabbi's home in Monsey, New York, on Saturday and stabbing five people at a Hanukkah party.

"Hanukkah is about making a lot of noise and showing up," and Rabi Leib Easgui Jr. of the Jewish Community Synagogue.

That's just what hundreds of people did at this Jewish Center in North Palm Beach for the eighth and final night of Hanukkah.

Everyone who attended the service on Sunday gathered to show their solidarity to those of the Jewish faith.

More than a hundred people were present when the attack occurred Saturday in New York.

A rabbi is said to have been lighting the candle on the seventh night of Hanukkah when a man walked into the home and began stabbing people.

"It's a break down in society. We need more religion we need more awareness of spirituality. We need more knowledge that there is a God. We are living for a purpose. The entire society is just breaking down and losing its sense of ethics, morals and values," said Rabbi Shlomo Ezagui of Chabad North Palm Beach.

But at this synagogue in Palm Beach County, it is a reminder that it's time to take a stand against this type of behavior.

"The crazies they stick out and they want to say this is what society is about, but really when we look down there's so many good people out there they just don't make enough noise," said Easgui Jr.

On Monday, U.S. Rep. Brian Mast is scheduled speak at a Palm Beach Gardens synagogue about the recent increase in antisemitic attacks and the need for security improvements for all religious institutions.