A code enforcement crackdown didn't sit well with some homeowners 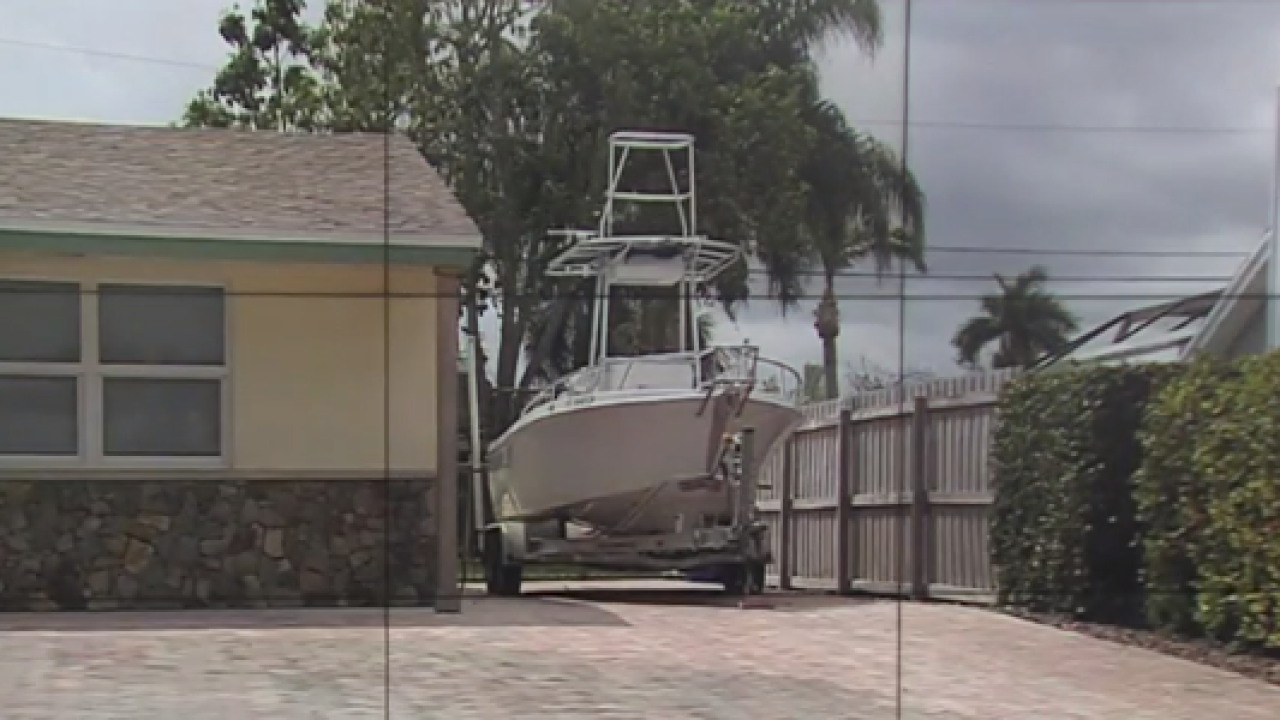 NORTH PALM BEACH, Fla. — UPDATE: North Palm Beach has passed Ordinance 2019-06 on a 4-1 vote. Thirty-foot boats will now be accepted in yards. It should not exceed 30 feet in length.

A long-standing debate about RV and boat storage may soon be coming to a head in North Palm Beach. The village council has new insight from an independent survey to help them make a final decision on an issue that could come with significant fines to homeowners.

“This is a boating community so it’s going to be hard to you know drive the boaters out of the community,” said North Palm Beach resident Russell Mills.

Mills has lived in the village for four years. He stores his boat on the side of his yard and it wasn’t until last summer he was told he wasn’t code compliment.

“I haven’t been fined but I’ve been cited,” said Mills.

He was told he needed screening on the side of his boat facing the street.

“The code enforcement officer used to come by and say just pull a plant in front of it that’s good enough and then all the sudden they started getting strict,” said Mills.

Codes changed in 2016, making it tougher for homeowners to store a boat or RV on their property. Current code states RV height must not exceed 10 feet and 30 feet in length, and no more than 12 feet in height for boats. Screening must be on three sides including the one closest to the street and shouldn’t exceed 6 feet.

“Most of the issue is below 12 feet, it’s the distance of the screening to the top of the hull,” said village communications manager Ed Cunningham.

Last summer, hundreds of fines were handed out to homeowners but after numerous complaints from residents the village council decided to suspend the fines until they could reach a final decision about whether they would change the current code or continue to enforce it.

The village paid a company to conduct an independent survey that was mailed to about 1,100 residents.

“Most of the residents responded to the survey they want to see restrictions to blocking the hull only,” said Cunningham.

The survey results remain pretty split on how to move forward, which worries some residents they will continue to be considered out of compliance if the council decides not to make changes.

“Some people want more restrictions, some people want less, it’s going to be a tough job for the council to sort through that and decide where they stand,” said Cunningham.

The Village of North Palm Beach hosted a workshop Wednesday at 7 p.m. at Village Hall. Leaders were scheduled to discuss the survey results for the first time with the public and then listen to residents concerns. The council will then be required to vote on a decision during a future council meeting, however the exact date remains unknown.