As many as 16 players test positive for COVID-19 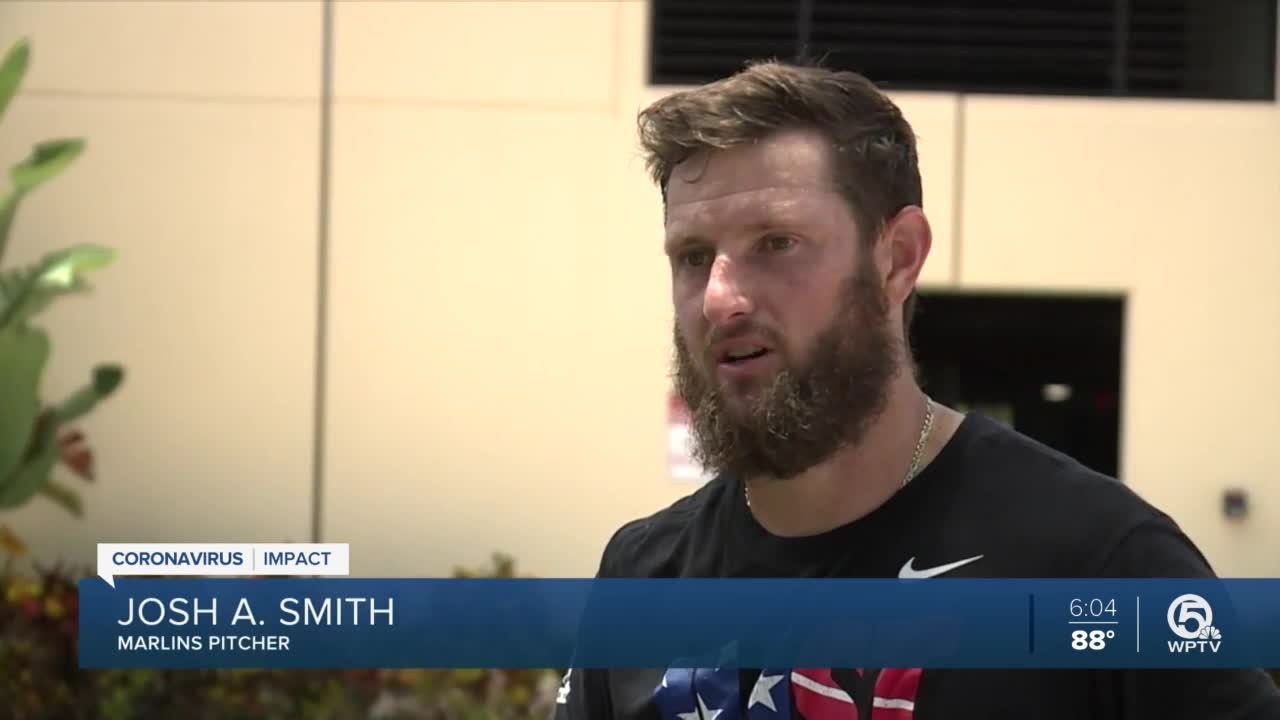 "Everyone is just trying to take it one day at a time. Nobody really knows what's happening, what's going to happen. What has happened is so crazy," said Josh Smith, a pitcher who was working out Wednesday in an open field near Roger Dean Stadium.

Smith said he was not part of the team during the outbreak, and he has been testing negative for COVID-19.

"We're all just showing up every day and trying to get better," Smith said.

It's estimated that as many as 30 Marlins players are in Jupiter, according to Craig Mish, who hosts a Miami Marlins podcast called "Swings and Mishes."

"As of Tuesday, all those Marlins tested negative for COVID 19," Mish said.

"What they're essentially doing is working these kids out every day and playing simulated games to get them ready in case there's a need for them to play," Mish said.

As many 16 players are now believed to be positive for COVID-19 after an outbreak hit the team the first week of the season.

"There could quite a few asymptomatic carriers on the team at one time," said Dr. Larry Bush, an infectious disease specialist in Wellington.

Bush said what happened to the Marlins is a lesson for all athletes.

"I think the first thing I would recommend is to limit the exposure ... not just when they're on the field obviously but when they're in the clubhouse or in the hotel rooms, but more importantly reconsider how they play the games and do what the NBA is doing and play in one city and eliminate the travel," Bush said.

Smith, who is hoping to make the team when the Marlins are scheduled to resume playing next week, said he is just trying to stay isolated and healthy.

"Personally, if I do order out it's just Uber Eats. They drop it at my door, and that's it. I don't come in contact with anybody," Smith said.