Parents search for son when he didn't get off the bus, want more safety protocols in place for buses 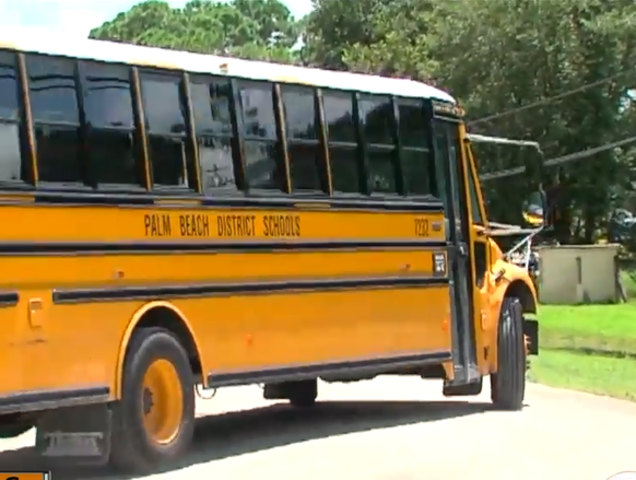 A six-year-old's first day of on the school bus turned in a search by law enforcement for a missing child. It was not the call April Stack of Jupiter Farms expected to receive on her son's first day of school. 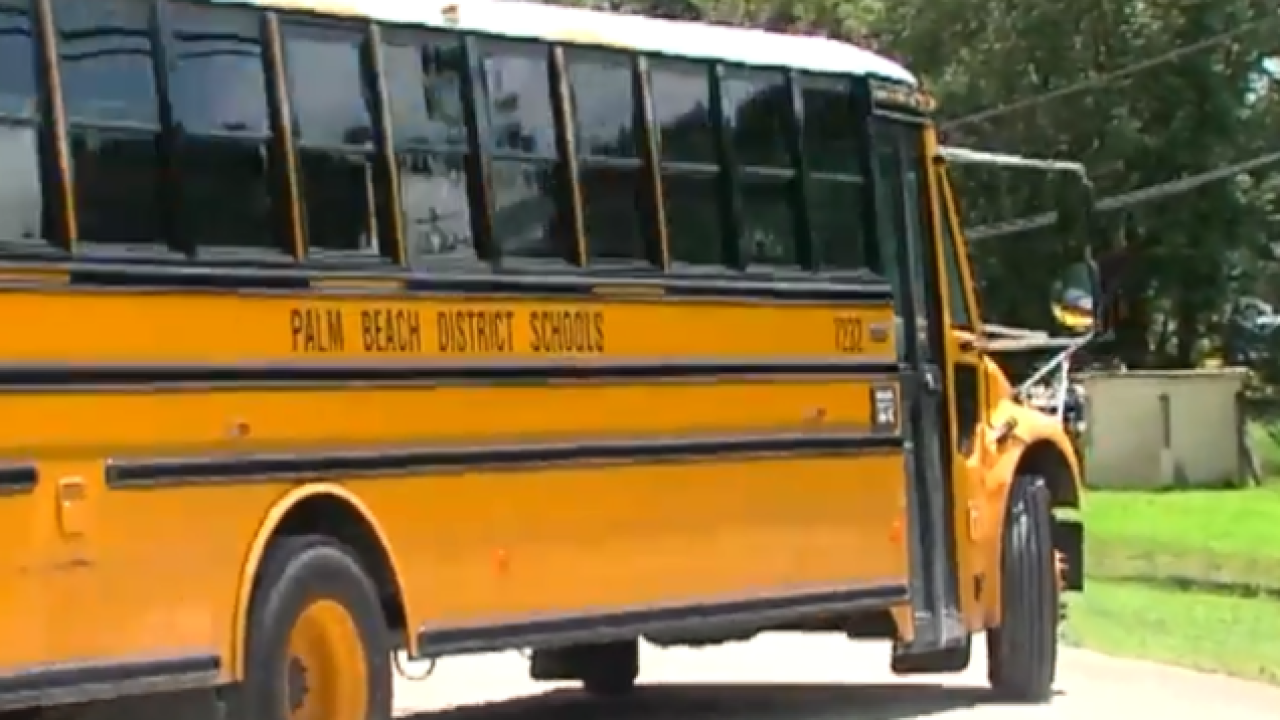 A 6-year-old's first day of on the school bus turned in a search by law enforcement for a missing child.

It was not the call April Stack of Jupiter Farms expected to receive on her son's first day of school.

"I was so scared. It was my worst nightmare to initially to think here he is, lost somewhere in the farms," said Stack.

It was her son's first ride on the bus, going home. The bus was late to the stop, but when it did arrive, the child never came out. Stack and her husband Pablo Lopez said the child's grandmother went on the bus and didn't see him and the Palm Beach County School District bus driver said he wasn't on the bus.

Later, another child told the family she thought the boy got off at another stop.

"We had people on the ground looking for him right away. At that point, we thought he's exited the bus at the wrong stop and he has no idea where he is," said Stack.

April said she called 911 and filed a missing child's report. She said the child's school, Jupiter Farms Elementary verified that the boy did get on the bus. She and her husband say deputies started searching for the boy, what they didn't know was that their son was on the bus the entire time. They're not sure when the driver figured it out too.

"She should know 'yes, I have this child on my list and well, I didn’t let him off yet' and walk the bus. They should have stopped the bus and walked all the way back to the bus and just peered over the seats," added Stack.

April said once the driver knew the child was still on the bus, she still continued to her high school route.

"There was more importance in her time frames than actually doing the right thing," said Lopez. "There's like a 2-hour window where we really don’t know what transpired."

On Wednesday, for a brief moment, another parent at the same bus stop experienced the same scare when she arrived and her daughter had not gotten off the bus. The child was quickly located on the bus and taken back to Jupiter Farms Elementary School.

"There should be a procedure in place where every day the child is checked on and off at the designated stop," said John Cannon, a father who also picks his children up at the same bus stop.

"They’re doing all this excellent safety stuff at the school and it needs to carry on onto the bus," added Stack.

The chief of staff for the Palm Beach County School's superintendent said it's not unusual for these types of incidents to happen on the first day even the first week of school. She said it is more confusing for children who are only riding the bus after school and are not familiar with their stops.

The school district said it is protocol for the bus driver to return a child who missed a stop to their school at the end of their route and is looking into the decisions made in the 6-year-old's case. The District also said drivers will not to let a child off of the bus unless a parent is waiting for them.

During the first days of school, the bus drivers do not have a set roster of the children riding the bus and their stops, the district says because the drivers are still building their rosters and are getting new riders.

By next week, drivers should have a set list with names of children on their route and what stops they should be getting off at.