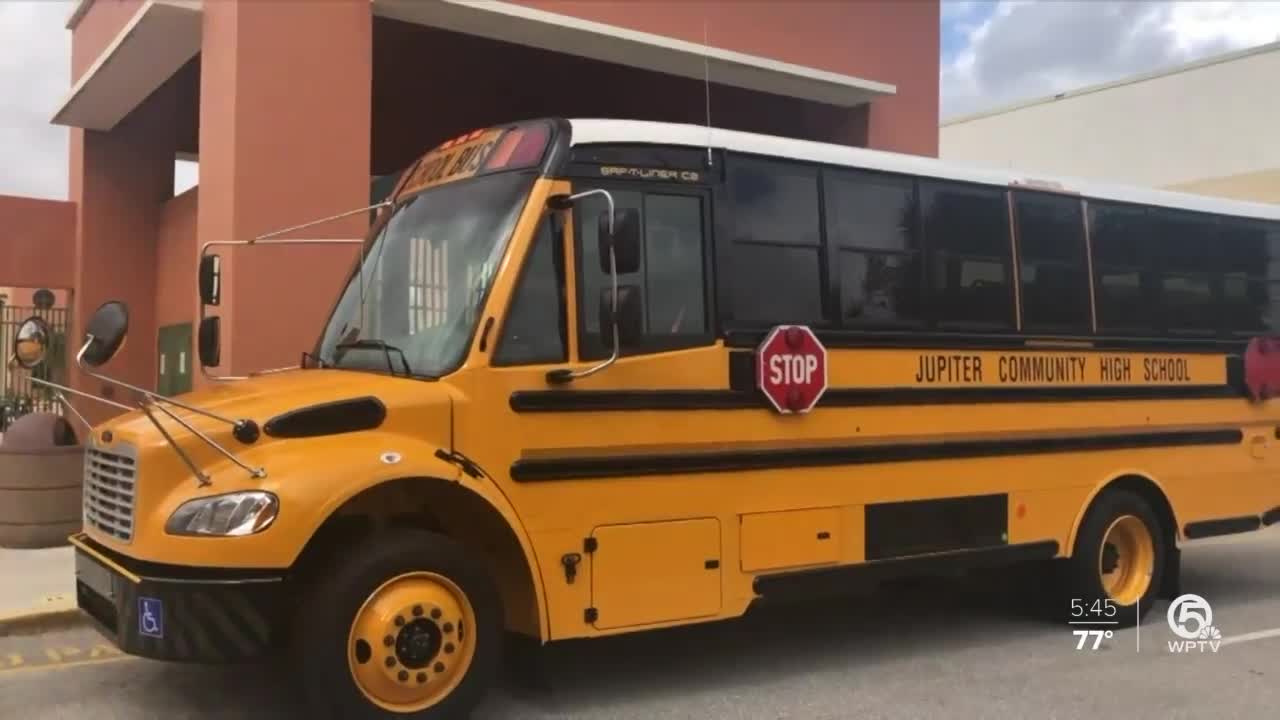 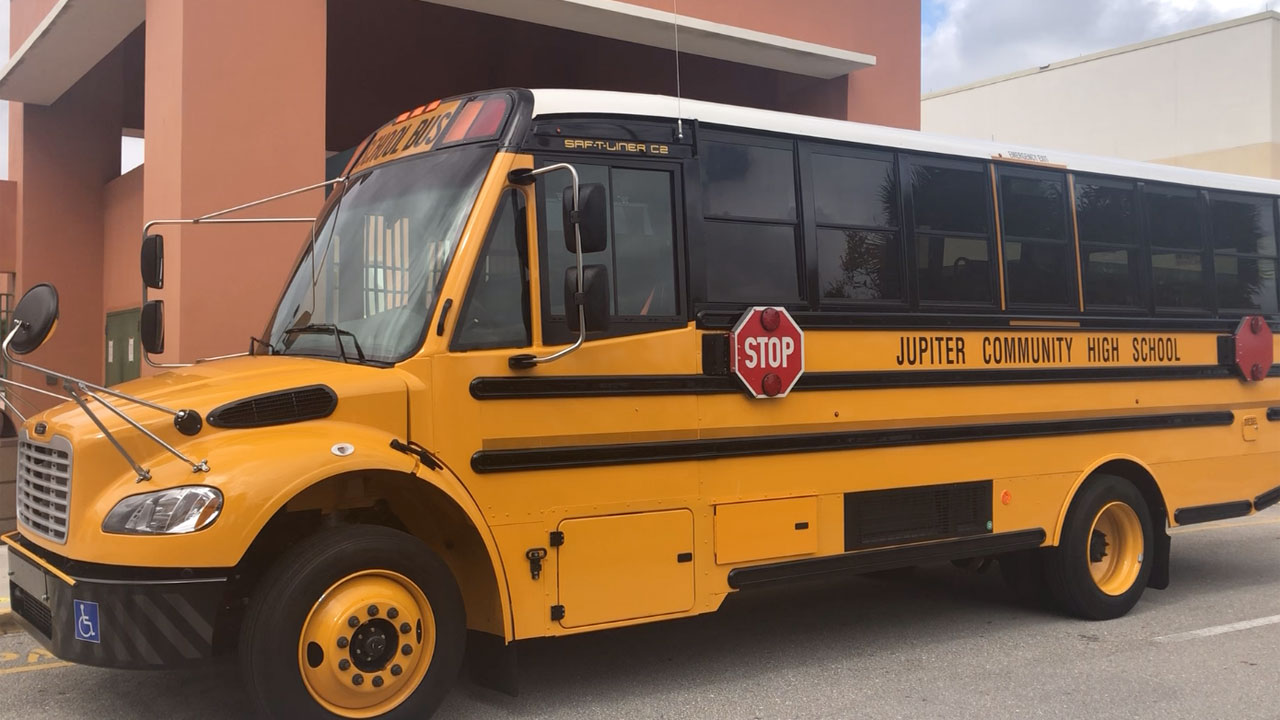 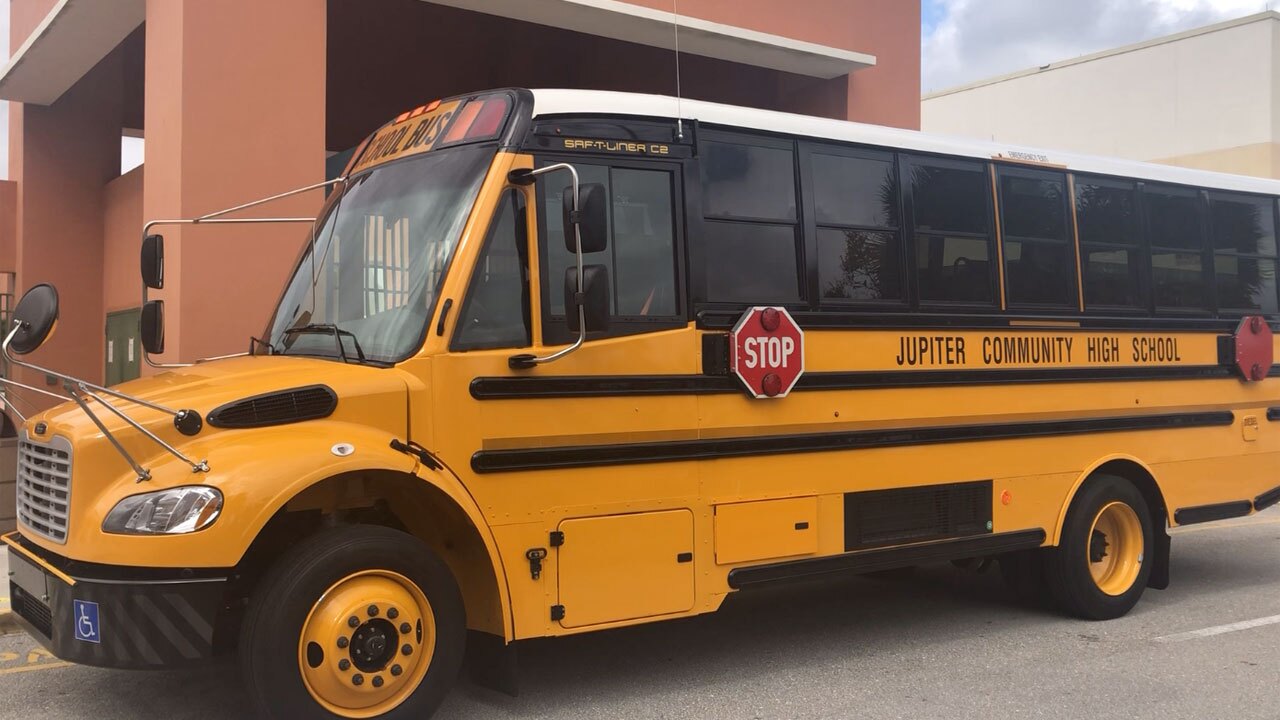 The push for a new set of wheels began last September when parent and local realtor Rob Thomson spearheaded an effort to raise the money.

"The most challenged kids had the worst transportation. They didn't have this in the budget, and it had to get done," Thomson said.

Thomson offered to match all donations, donating $53,500 to the total needed to buy the bus.

The new set of wheels replaces the school's 22-year-old bus that did not have air conditioning or a wheelchair lift.

"That [old] bus didn't have air conditioning. I have a student in a wheelchair, and we couldn't bring her on the bus when we would go places," said McAfee.

In March, it was announced that a total of $96,500 was raised over a three-month period to buy students the new ride. A total of $107,000 was raised for the project.

The bus will be used for Jupiter High School's Exceptional Student Education program, which brings them to area businesses to learn about jobs, careers and training.

"Thank you to everyone who donated to ensure these wonderful children have the opportunities they deserve to receive training and to learn about jobs in our community," Thomson said in a written statement.

McAfee said she is grateful for Thomson's donation and community support.

"Rob Thomson opened his heart. His leadership is the reason my kids now have a way to explore and embrace new experiences in Jupiter," McAfee said in a statement.

The new 2021 yellow school bus has 47 seats and is specially equipped with a wheelchair lift and air conditioning.

McAfee calls the gift a new chapter for her students, knowing their journey will be brighter now.

"I feel like they're my kids. I talk about them at home. My daughter knows them. My husband knows them. It's just one big family," she said.