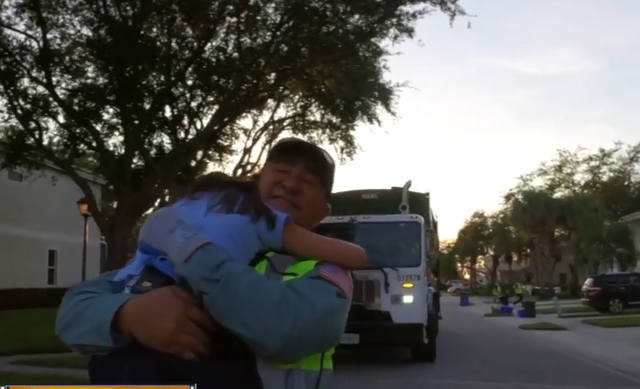 When the familiar sounds of the powerful engine and squeaky wheels are in earshot, Mackenzie squeals, "garbage truck!" 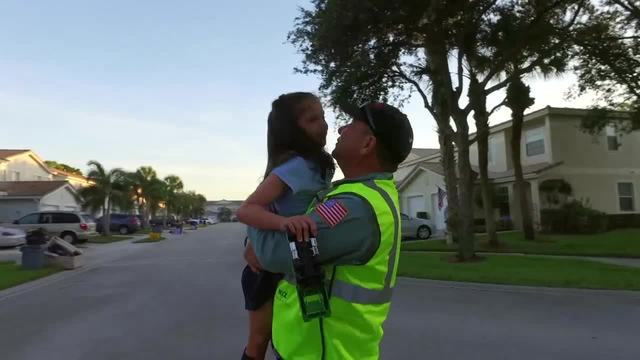 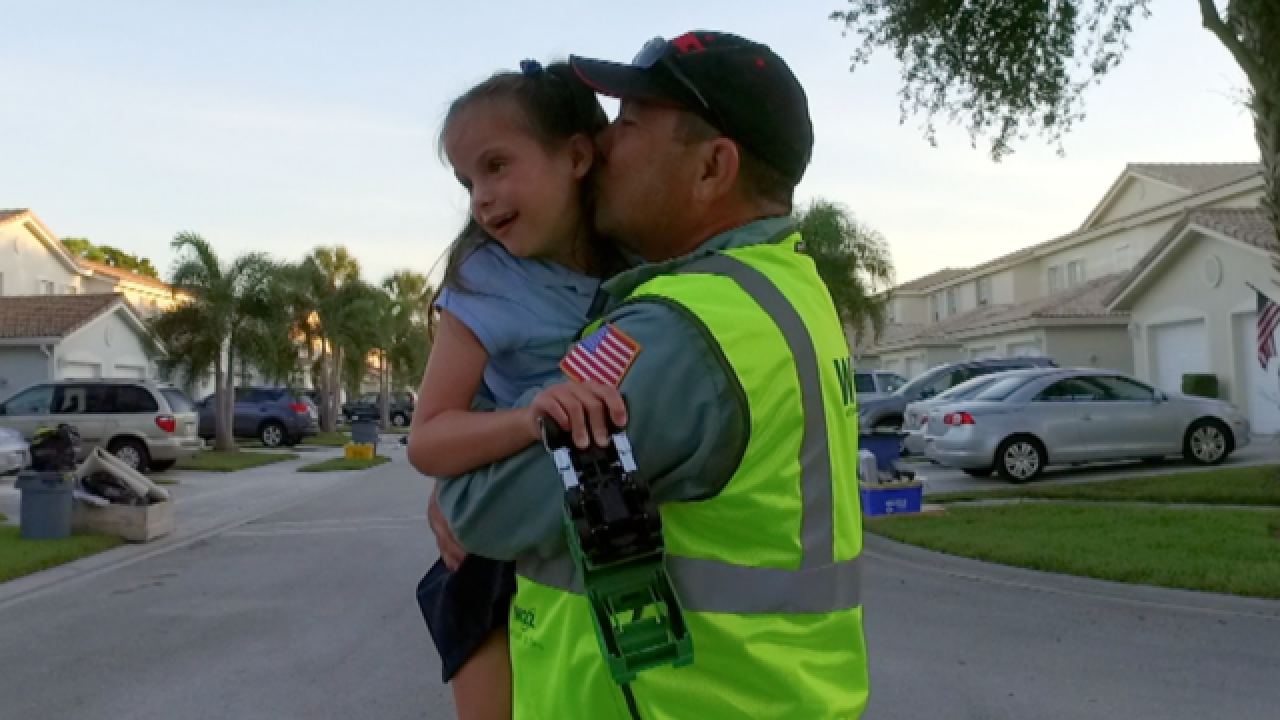 JUPITER, Fla. - Every week in Timberwalk in Jupiter, neighborhood kids get to see their heroes.

“It’s a service that sometimes we may take for granted, but all we need is a seven-year-old to tell us, 'Listen, these guys are rock stars,'" Joe Williams said.

When trash day arrives, Mackenzie still has to wait a little longer. While standing in the driveway, she plays with a garbage truck toy, adorned with autographs from her local Waste Management drivers.

In Mackenzie's eyes, the coolest people she knows drive down the street on trash day and she can’t miss it.

"I think it teaches her that every job is important," Williams said.

When the familiar sounds of the powerful engine and squeaky wheels are in earshot, Mackenzie squeals, "garbage truck!"

As the truck pulls up in front of her house, Alberto Pons, who works for Waste Management, jumps out. Mackenzie runs toward him and jumps into his arms for a big hug.

"Hi, baby! How are you?" Pons says to Mackenzie.

He dumps her trash in the truck and the two walk her trash can back up the driveway.

Other neighborhood children, like four-year-old Carson and her little brother Kyle, await Pons and the truck's driver to wave and say hello.

"We hope it brightens their day a little bit," said Jill Mccullough, Carson's mom. "We come out with our umbrellas, jammies every day. Rain or shine, we’re coming out.”

Lazaro Gonzalez, who is the route manager for the area, used to work on the truck that goes through Timberwalk.

Carson and Gonzalez developed a special bond when he worked on the truck. She dressed up as Gonzalez for Halloween one year, wearing a Waste Management t-shirt and matching neon accessories.

“We really got to know each other through those small interactions every week and it’s been very special," Mccullough said.

Gonzalez said these interactions happen in various neighborhoods, but each one is special.

“With the company, they do preach that a lot. To have a good connection with the community and the environment and the public that we take care of," he said.

For every child who participates in Timberwalk, it makes Wednesday the best day of the week.

"Everybody can be a hero," Williams said.