Researchers say great white sharks are now swimming towards South Florida’s coast in a long migration that started as far north as Canada. 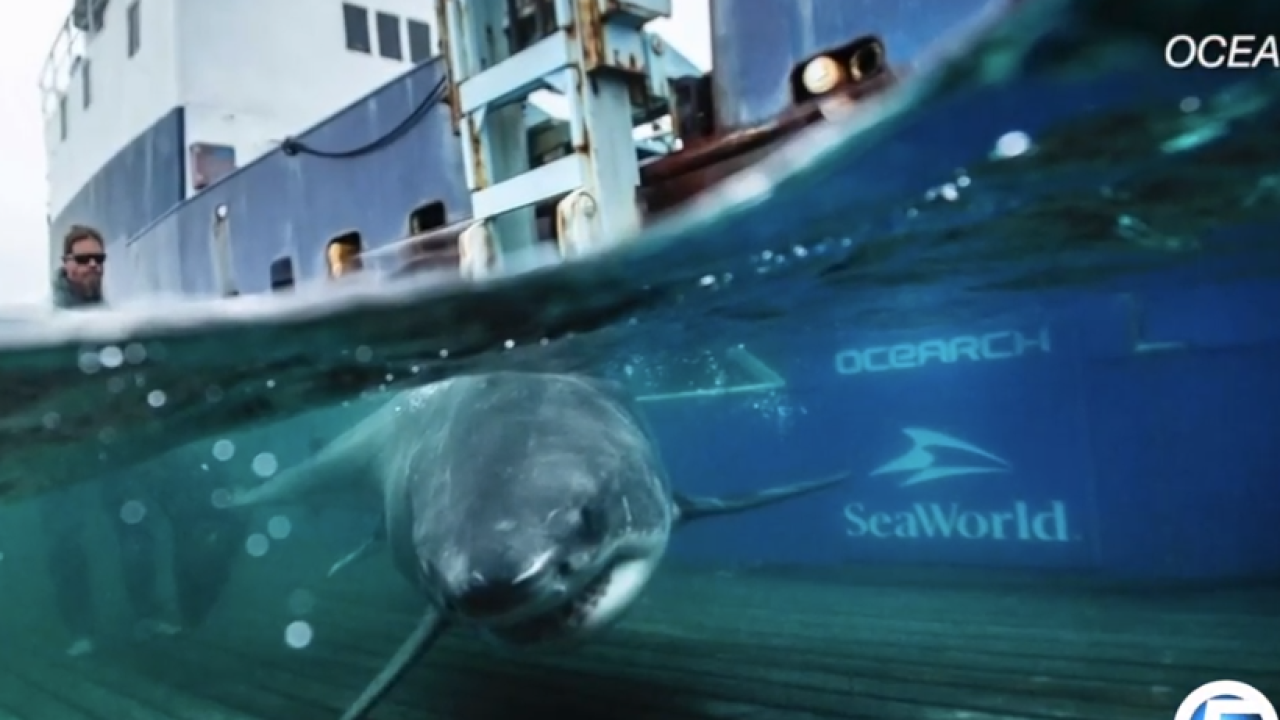 Data from Ocearch shows the tracking of the great whites moving south as colder weather settles in along the Canadian coast and the northeastern United States.

“It seems to be every winter a few of them are seen,” says John Moore of Florida Shark Diving in Jupiter.

“Their interactions with people are very rare and almost always they’re being shy and swimming away we are very obviously not on their menu,” Moore says.

Ocearch is tracking close to 20 great whites with some already positioned along Florida’s coast from Daytona to Key West.