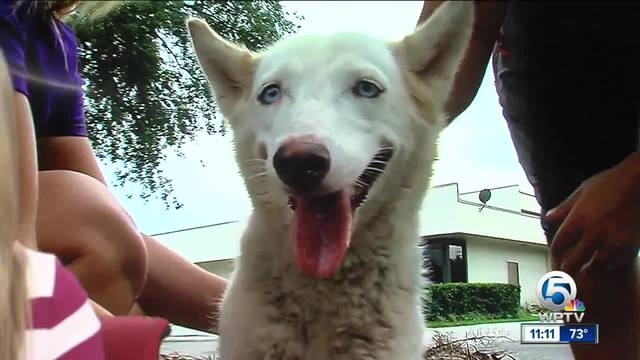 A husky found locked in a cage in a remote horseback riding trail in Miami-Dade is in Palm Beach County recovering at a husky rescue. 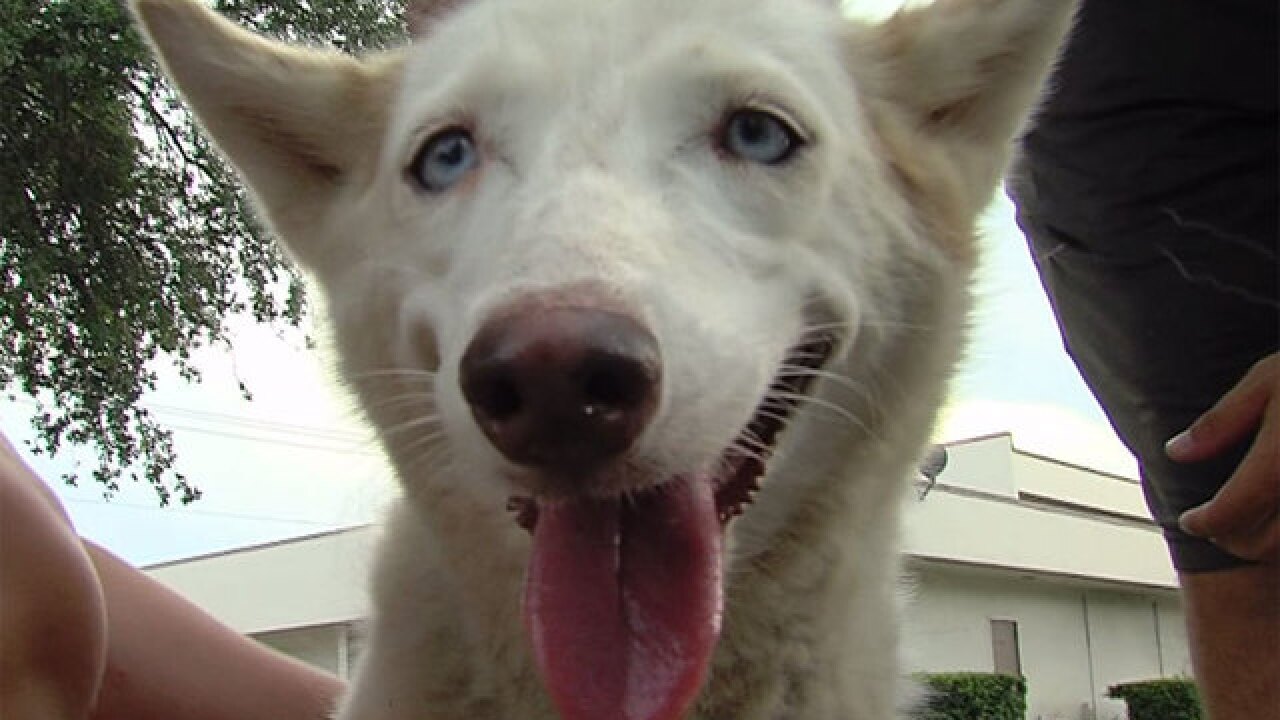 A husky found locked in a cage in a remote horseback riding trail in Miami-Dade County is in Palm Beach County recovering at a husky rescue.

With those signature sky blue eyes and white coat, Lucky, what they call her now, doesn’t walk quite right.

“We were going to come back and get the car and then when we turned around, she just looked at me (as if to say, 'Are you just going to leave me here?'” Georgina Milhet told Miami TV station WSVN.

Milhet and her nephew, Michael Gutierrez, were horseback riding in a remote area in the outskirts of Miami known for dog dumping, called the Redlands, when they happened to find her Sunday.

Jupiter-based GTS Husky Rescue took Lucky in where she received treatment much of Monday. Her legs are deformed, and she’s undersized.

“From what (the vet’s thinking) is that she was stuck in a small cage and her body just naturally grew into the way it is,” said Cory Shaver who lives at the nonprofit’s property.

The orthopedic surgeon says surgery will likely be too painful for her, so they will try prosthetics so she can finally be a dog.

To relieve pressure on her front legs, she props herself up on her backside.

“She’s adapted well to the way she is.  She’s extremely happy dog right now, the way she is.  So if we could help her out and get her to a forever home that can handle her and take care of her, that’s going to be the best option for her,” Shaver said.

GTS has been around since 2013, and Lucky is the 41st dog there right now.

They think Lucky needs a couple of months to recover before she can be adopted.