'There's no question it is because of the color of their skin,' friend says 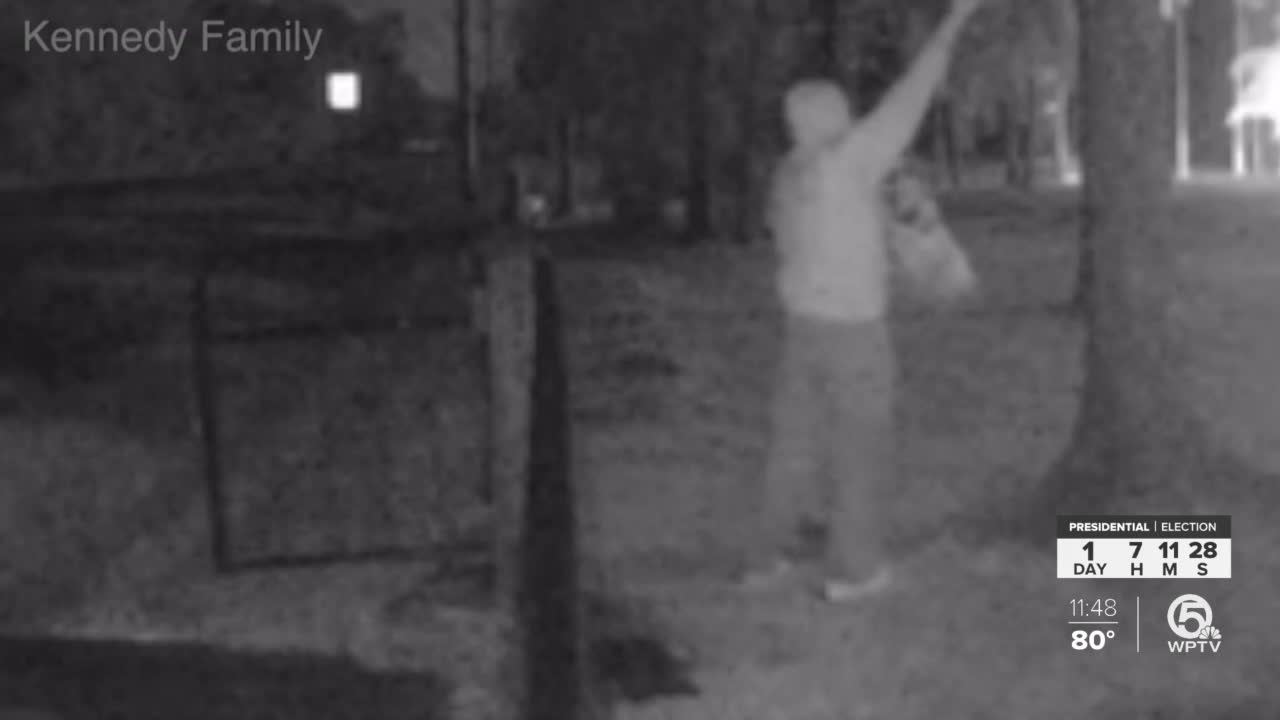 A Jupiter Farms family says their property has been vandalized for the sixth time, likely all because of their Black Lives Matter sign. 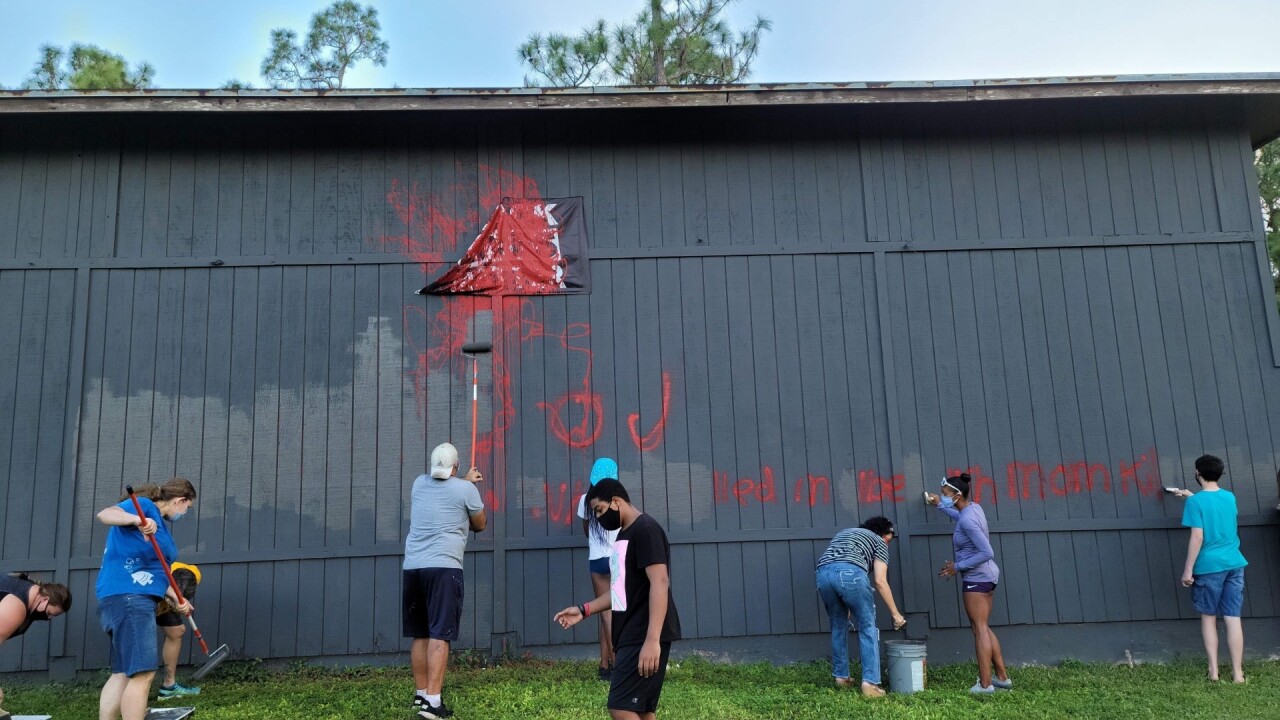 PALM BEACH COUNTY, Fla. — A Jupiter Farms family woke up Sunday to find their home had been vandalized for the sixth time.

The family said the first time it happened several months ago, they believe because of a Black Lives Matter sign that was defaced.

The racial slurs spray-painted on their fence have continued. This time the family is fearful because the perpetrator was caught on video walking onto their property.

At 4:23 a.m. Sunday, the Kennedy family said they were asleep in their home when their security camera caught a person opening their gate and spray-painting graffiti on a tree in their yard. They said the person was on the property for several minutes.

"There's no question it is because of the color of their skin," Kristy Ferrer, a good friend of the Kennedy family, said. "Spray-painted their barn in red letters, spray painted all along the side of their fence, just really nasty, hateful things. They completely defaced a Black Lives Matter sign."

The Kennedys were too upset to talk on camera but said they have reported every incident to law enforcement, although no one has been caught.

"What is happening to this family is just wrong," Ferrer said. "If you are a human being and you value life for any other human being, we just ask that you speak up. This family is being terrorized."

A few months ago, Ferrer's daughter organized a protest at the corner of Jupiter farms Road and Indiantown Road to inform the community that this is happening in their backyard. Melody Rodriguez joined in for support.

"I think that it's incredibly important, especially for white people, to stand up and stand with them, that we are not going to tolerate this behavior from our fellow citizens," Rodriguez said.

"I'm just afraid of, you know, how bold they're going to get next," Ferrer said.

Anyone with information on this incident should contact the Palm Beach County Sheriff's Office.