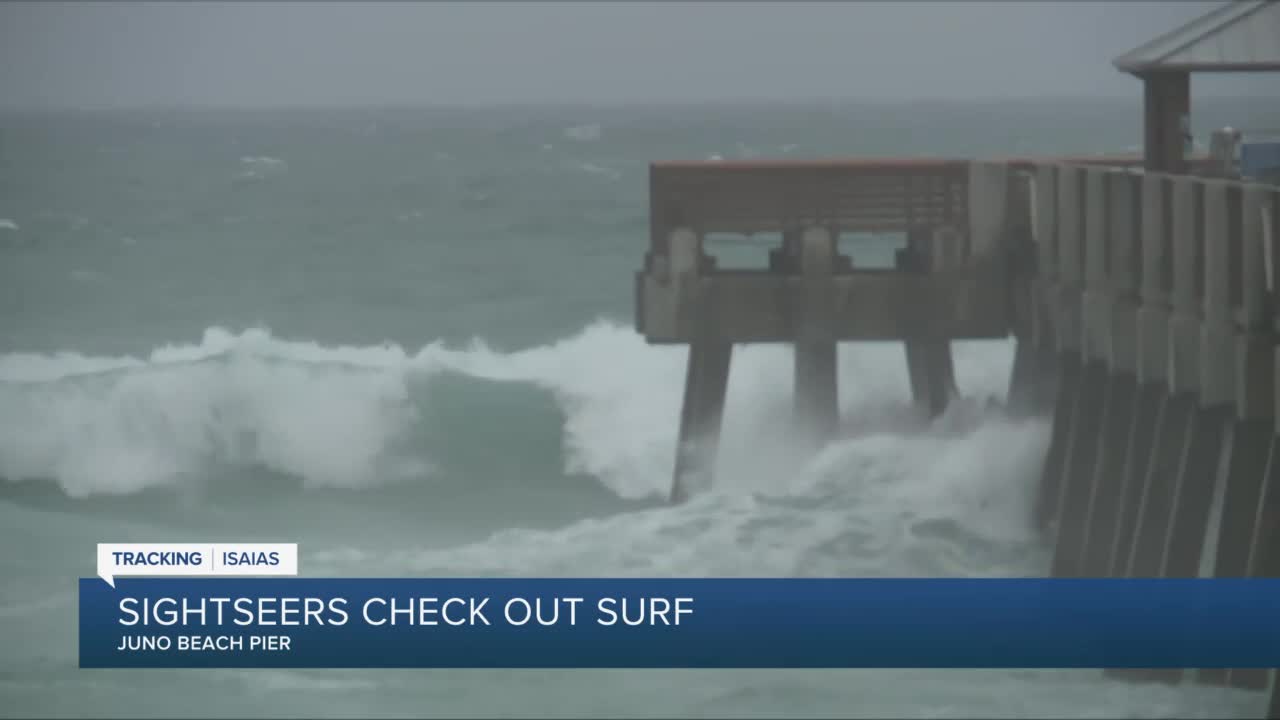 People came to Juno Beach to get a glimpse of the storm and the waves, but the well known pier was closed. 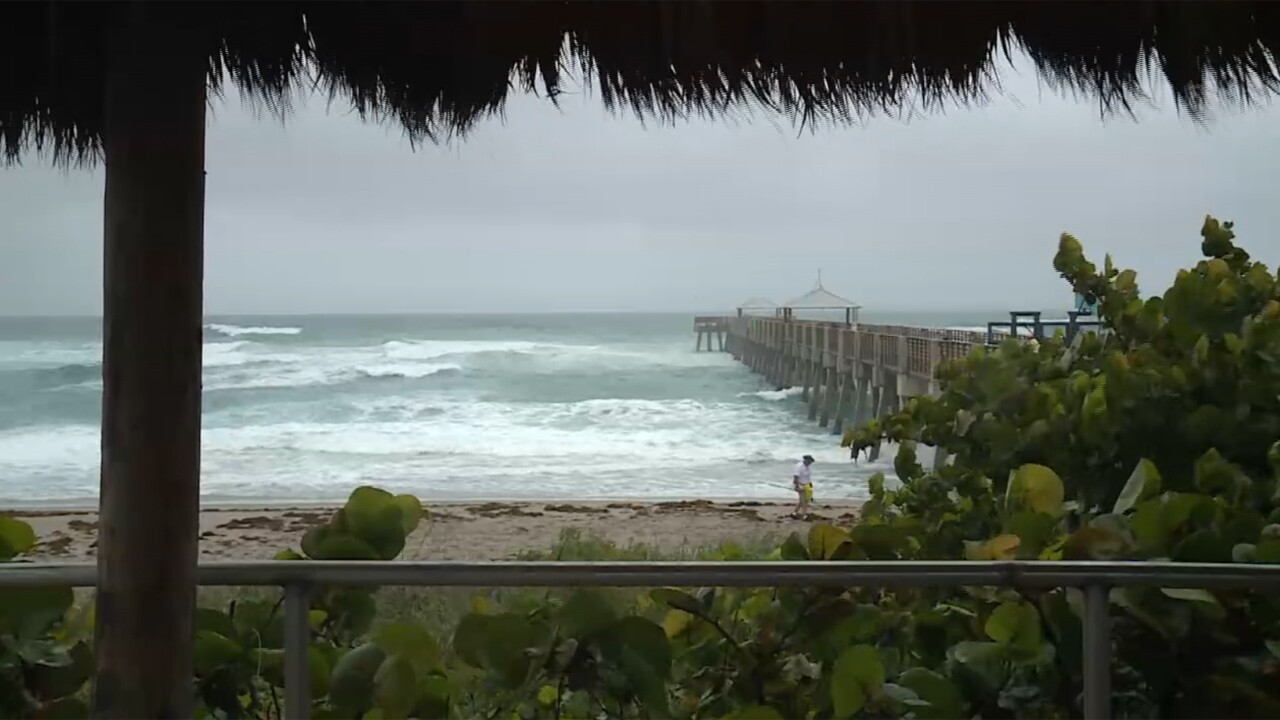 JUNO BEACH, Fla. — People came to Juno Beach to get a glimpse of the storm and the waves, but the well known pier was closed.

The view from the structure’s entrance, jutting out from Ocean Road to the pier’s admission gate was good enough for sightseers like Kari Yent.

“I just wanted to see the waves and the ocean,” said Yent. “And kind of experience the storm a little bit before it got too rough.“

“Curiousity. I was watching from the balcony and I wanted to see it up close,” added Bob Sisti, who lives near the pier.

D.J. Merten had a different idea. He brought his rod and reel, and since he couldn’t fish from the structure, he cast his line from the shoreline below the pier.

“And I’m pretty bored,” said Merten. “And this isn’t really as bad as you might thing. And I think there is bait where birds are diving, so we might get a fish.”

At the entrance to the pier, Kari Yent was happy to just take in the view.

When she saw the waves churned up by the tropical storm crash into the pillars, she knew why sightseers were not allowed to go to the end of the pier.

“Just a little too much waves crashing through to the end of the pier,” she said. “I feel safe here. I can experience the ocean but not feel uncomfortable.”