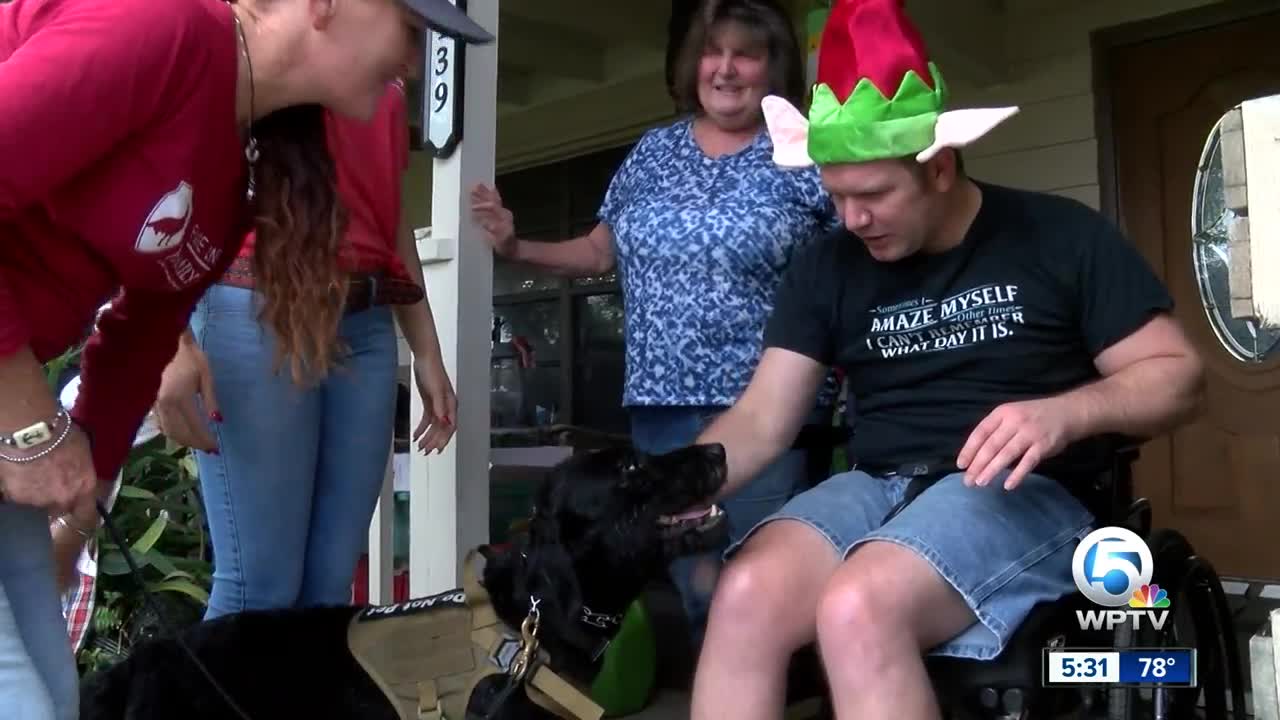 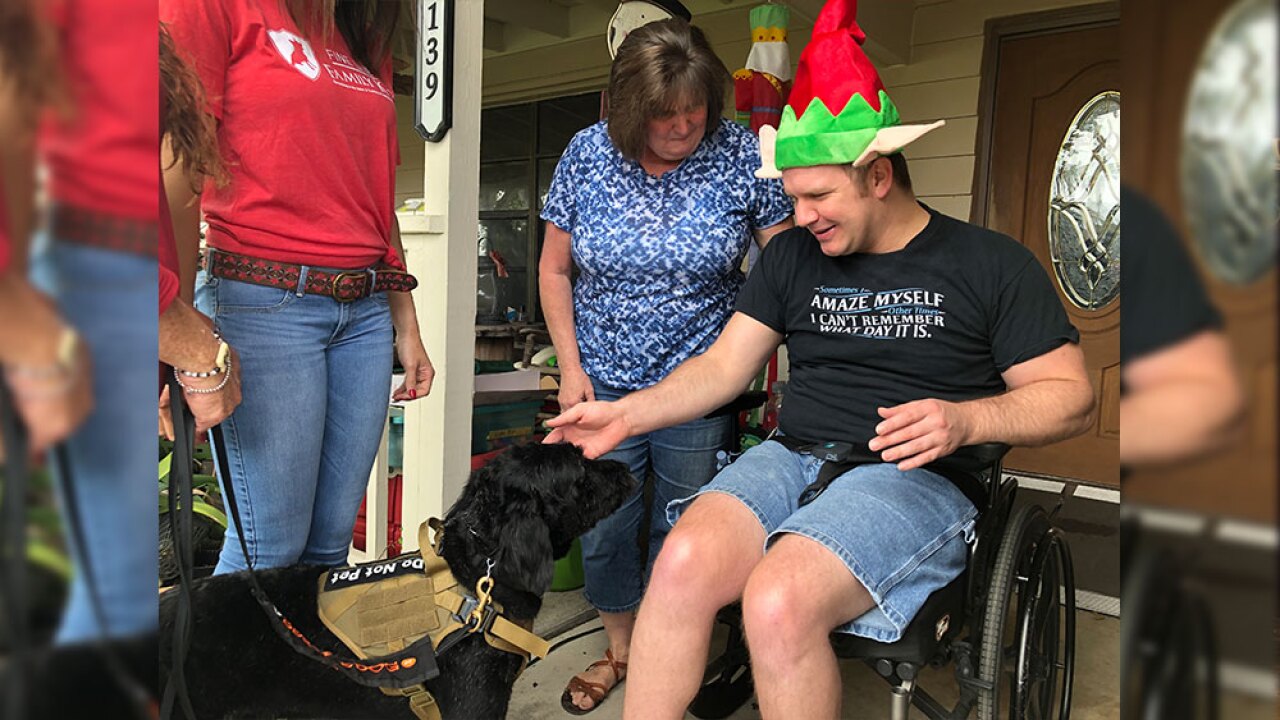 "It's super costly for people that need a service dog, and a lot of times people can't afford them," said Ariana Santiago, co-owner of Fine Line Family K-9.

In the spirit of giving back to the community that's helped them get on their feet, Santiago said the company wanted to offer a fully trained service animal to an individual with a disability for free. After receiving approximately 200 entries, the company selected Andrew Camerino, a former North Palm Beach Fire and Rescue volunteer paramedic who suffered a massive brain injury in 2012. He was the victim of a crime in front of his home. Camerino misses his job and independence.

“Being able to support myself very easily,” he said.

“He has nightmares at night and wakes up screaming and doesn’t remember why,” said Christy, Andrew’s mother. “He doesn’t always want to admit his limitations.”

Neighbors who attended the reveal at the Camerino home were visibly emotional.

“After his injury he was so down, but he’s so up now,” said Jim Kunard, a neighbor. “We’re so excited about this. Good for him.”

“I cannot we’ve been this blessed and this lucky,” added Christy

Sailor will need more public access hours and customized to Andrews needs before he’s permanently given to the Camerino family. WPTV is also told this year’s contest won’t be the last.

"We're going to go through all the training with them and everything they need to know about their new service dog," said Santiago.