Water quality declining on the Treasure Coast; community hoping for a stop to Lake O releases

Treasure Coast residents say they are noticing the steady decline of the quality of the water in the Indian River Lagoon. 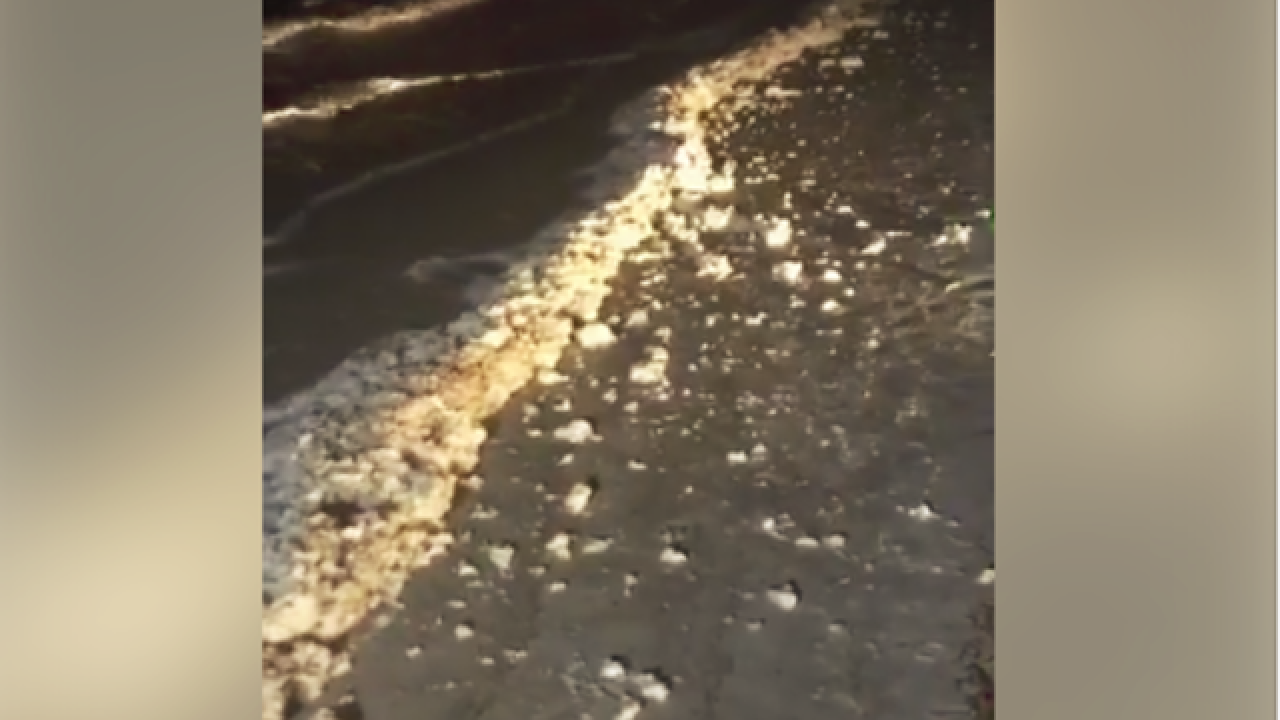 MARTIN COUNTY, Fla. -- Treasure Coast residents say they are noticing the steady decline of the quality of the water in the Indian River Lagoon.

Water levels in Lake Okeechobee have reached 17 feet, prompting more concern and daily inspections for the Army Corps of Engineers.

This is the scenario that both Treasure Coast and Glades residents have feared: One where both their livelihoods are on the line.

The Army Corps of Engineers has to release more water to the St. Lucie Estuary to be sure the lake levels will not flood homes near the lake.

On the other hand, the releases threaten the economy, tourism and public health on the Treasure Coast.

Monday, the water in the St. Lucie River appeared dark, brown, and foamy along the shoreline.

“That is pollution,” said Jacqui Thurlow-Lippisch, a long time Martin County resident and Commissioner for the Florida Constitution Revision Committee.

She has been outspoken for years about finding a solution to clean up the river and decrease the discharges from Lake Okeechobee.

“They will get worse,” Thurlow-Lippisch said, calling the releases “one of the worst environmental disasters in the world.”

Over the weekend, Thurlow-Lippisch and her husband captured aerial pictures to show the drastic difference between the clean ocean water, and the coffee-like river water exiting the St. Lucie Inlet.

She has been documenting those images since 2013. This time, the pictures were unprecedented.

“This is the largest we’ve ever seen it out of the St. Lucie Inlet: 4 miles. Putrid, black, water with the foam around the edge, 4 miles out,” she said. In previous years, the brown water was seen about 2 miles into the ocean.

With no end in sight to the water releases, Thurlow-Lippisch is among the Treasure Coast residents who fear this might be a lost fall and winter on the water.

Now, residents are calling for politicians to work quickly, and stick to their word to build another water reservoir south of Lake Okeechobee.

Still, some water-lovers are not sure the reservoir will be the ultimate resolution for Florida’s plumbing problems.

“We can not let up. We have to face this like an emergency everyday,” Thurlow-Lippisch said.

“It’s beautiful, except for the dirty water,” Fallot said.

They notice the daily decline in the water quality since the releases resumed last month.

“It’a been a long time since the water has really been clear up through here.”

Monday, fishing piers were empty when usually, there’s a crowd.

He believes some fisherman are already being turned away by the pollution.

Citizens for Clean Water has organized one of the first rallies of the year to call for a stop to the Lake Okeechobee releases.

The event is Saturday, October 14 at 10 a.m. at the south side of the Jupiter Inlet.