Several cargo planes with supplies head to Bahamas from Stuart

Focus to shift from relief to rebuilding 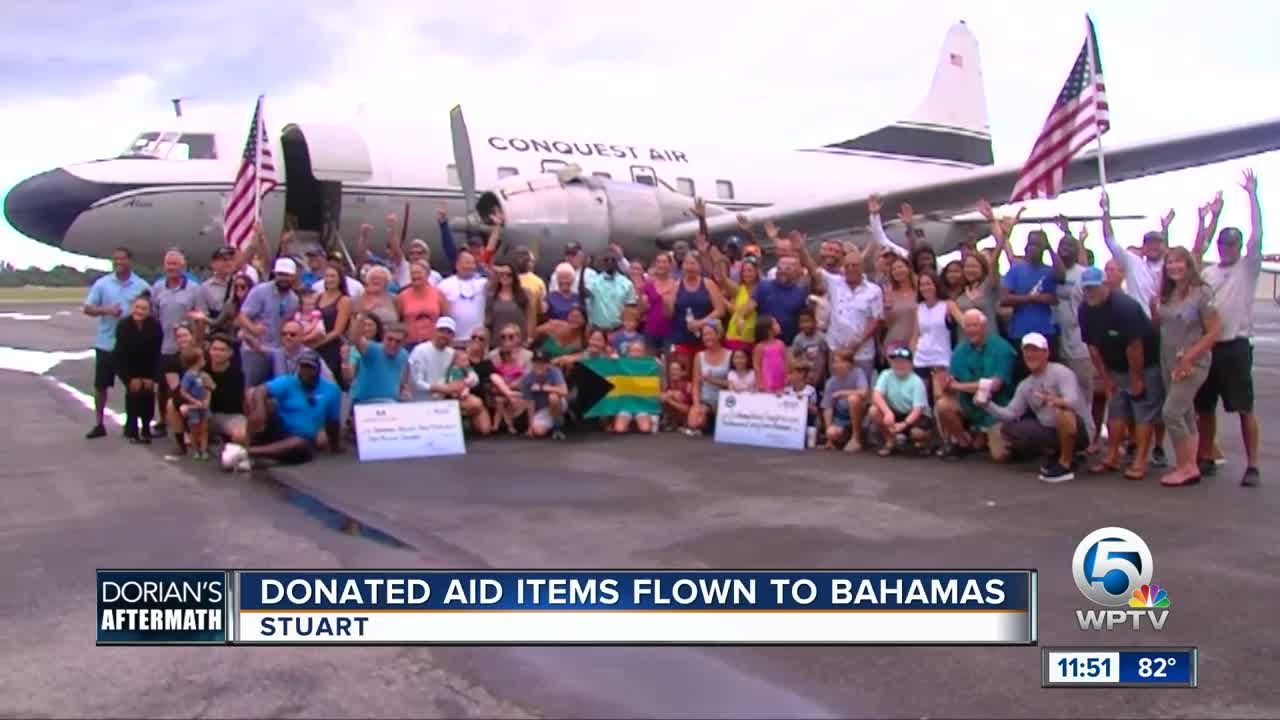 Groups in Stuart on Sunday loaded three cargo planes loaded with supplies headed to the Bahamas. 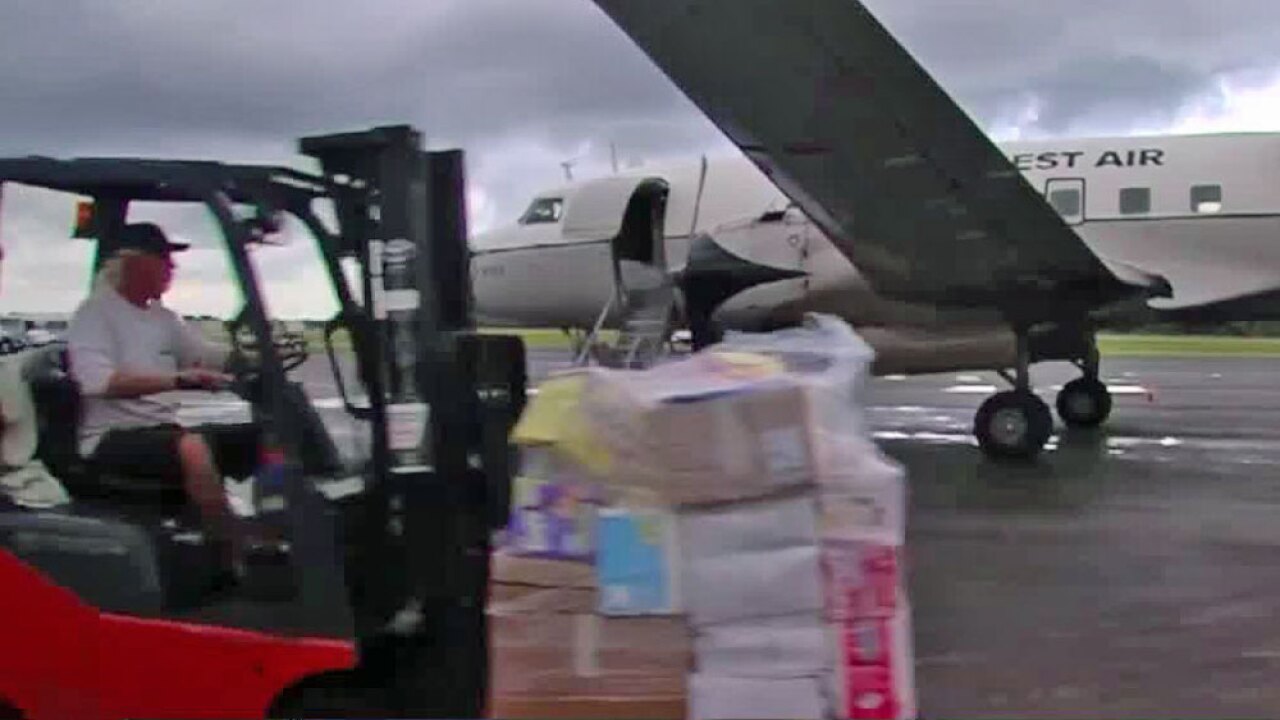 STUART, Fla.-- Volunteers sorted and loaded supplies for hurricane-ravaged areas of the Bahamas onto three cargo planes in Stuart Sunday. It was a bittersweet moment. After 10 days of round-the-clock efforts it was officially a wrap as volunteers loaded the final pallets onto planes and said farewell to the current phase of relief efforts for victims of Hurricane Dorian.

"Even though it's not going to be 24/7 it's still going to be a commitment that I'm happy to do," Patrick Price said. "You know, I've made a lot of new friends."

The commitment of putting their personal lives on pause to make sure every possible need of the Bahamian people is met was something volunteers never thought twice about doing.

"Everybody has been so generous," said Charles Conigliaro.

Items such as generators, clothes, and medical supplies were donated to provide a glimpse of hope to those hit hardest by the Category 5 storm.

"It's going to take years to rebuild the Abacos. I think the Abacos is done for quite a while," Conigliaro said.

That's why the volunteers are now going to shift efforts from meeting basic needs like food and water to bringing in 500 temporary homes. Especially for the families who lost everything and have spent the past couple weeks living in Nassau or South Florida.

"They want to go back, they don't want to stay here that's their roots and we are going to help them do that," Conigliaro said.

"We can't stop if we do we won't be able to sleep at night because we know what an impact we are able to make which we never planned or knew would happen so it's warming and it's amazing and we are going to keep doing it," said Nicholas Mastroianni.

Before winding down this aspect of the relief effort, the foundation said it flew a full suite of donated newborn intensive care units to Rand Memorial Hospital in Freeport.

The next chapter in the relief effort will focus on rebuilding and restoring the Abaco Islands to the tropical paradise it was before Dorian hit.