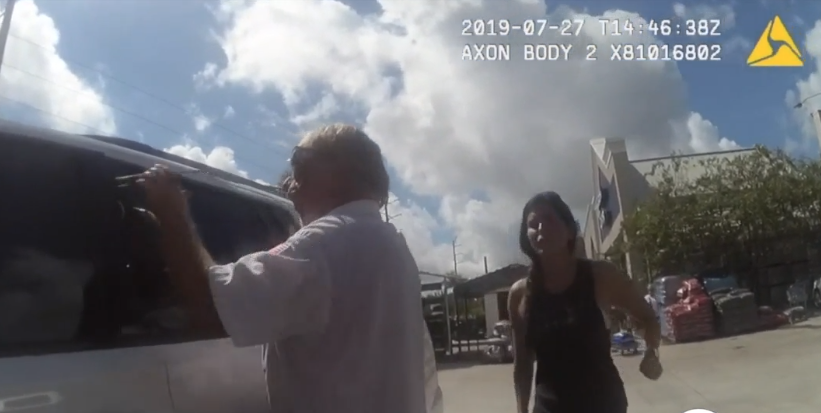 Desperate efforts to save a child accidentally locked inside a car, captured on body camera. 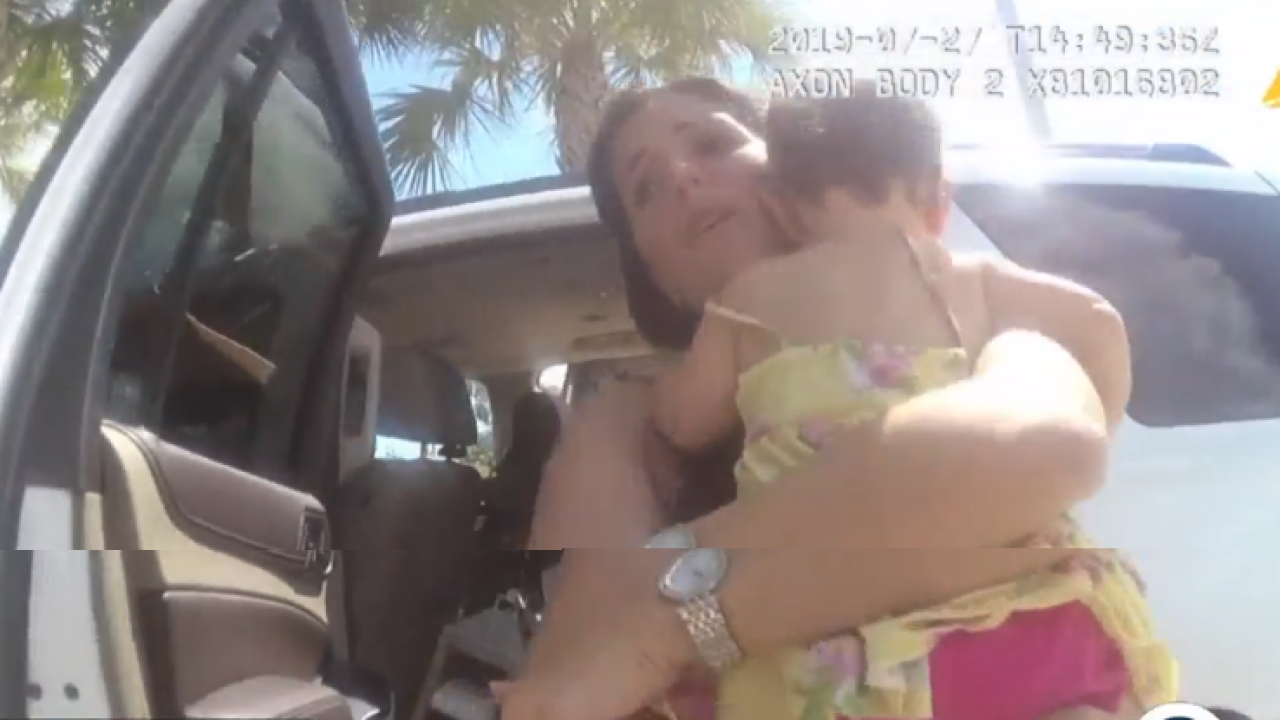 Now, Christina Tufford wants other parents to learn from her experience.

Earlier this month, Tufford said she took her 10-month-old daughter, Maddie, with her to Lowe's in Stuart.

“I just took her on a little stroll to Lowes to do some flower potting,” Tufford said.

When she got back to her car, she put Maddie in her car seat and used her remote start on her key fob to get the air running while she unloaded her things. She placed her keys on the seat.

She closed the doors and went to drive home, only to find she accidentally locked herself out.

“All the doors locked and she was inside with the keys,” Tufford said.

Before panicking, she said she called OnStar. She said she knew she had an expired account, but hoped they could reactivate the account over the phone with the VIN number and a credit card.

“I’ll do whatever it takes. I'll pay whatever amount of money it takes. Just please reactivate my service so you guys can unlock my car,” Tufford said.

Onstar told WPTV they could not reactive the account over the phone, but someone would have to be able to push the OnStar button inside the car.

Then, Tufford called the police. The car was still running, but shut off automatically right before Officer Kyle Osinga arrived.

“More panic was setting in because time was running out,” Tufford said.

Osinga worked with a tow truck driver to try to unlock the doors. After several minutes, they could not get inside.

Osinga told Tufford to call OnStar again, which repeated they could not help because of the expired account.

“I check on the kid a little bit later and the kid is not okay anymore. The head’s down and the eyes are closed. That’s when the adrenaline, that’s when I start to freak out," Osinga said.

Osinga takes his baton and starts banging on the window to try to break it. As he runs to grab a window punch, a patron runs up with her own window punch.

Osinga was then able to break away the glass an unlock the doors.

Tufford gets to her daughter.

“Very lethargic, Wasn’t breathing good, I happened to have a whole thing of water bottles, poured water on her.”

Maddie ended up being okay, but Tufford wants people to learn from her experience.

She says to remember all your doors can lock automatically with remote start.

She now keeps a window punch in her purse, not inside her vehicle where most people might keep one.

She also wants people to remember OnStar can not assist you, even in an emergency, if you are locked out of your car and your account is expired.