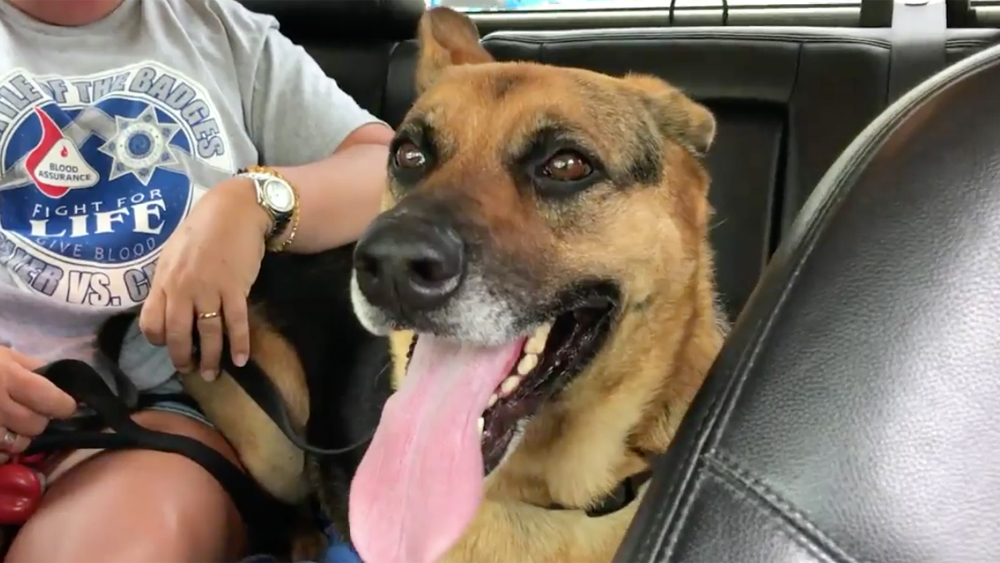 A family from northern Georgia was surprised when they got a call saying their lost dog was found hundreds of miles away in Florida.

STUART, Fla. — A family from northern Georgia was surprised when they got a call saying their lost dog was found hundreds of miles away in Florida.

Gary and Meredith Sisk of Ringgold, Georgia, say their purebred German Shepherd named Daisy disappeared on July 4, according to the Humane Society of the Treasure Coast.

On July 10, a man quickly dropped the dog off at the humane society's location in Stuart and left the scene.

Daisy had a microchip and that is when employees at the humane society discovered the German Shepherd's owners live more than 650 miles away!

When they received the humane society’s phone call, Gary and Meredith Sisk said they initially thought it was a scam or a joke. It wasn't until they were sent a photograph of Daisy that they were convinced their beloved pup had been found safe.

The Georgia couple then hit the road and were reunited with Daisy on Saturday.

This is a reminder to all pet owners to get your pet microchipped and keep your contact information current.