It’s one of the most historic and memorable moments is U.S Winter Olympic History, dubbed the 'Miracle on Ice'. The 1980 US Olympic Hockey team defeated the Soviet Union in an upset no one, not even team members, saw coming. 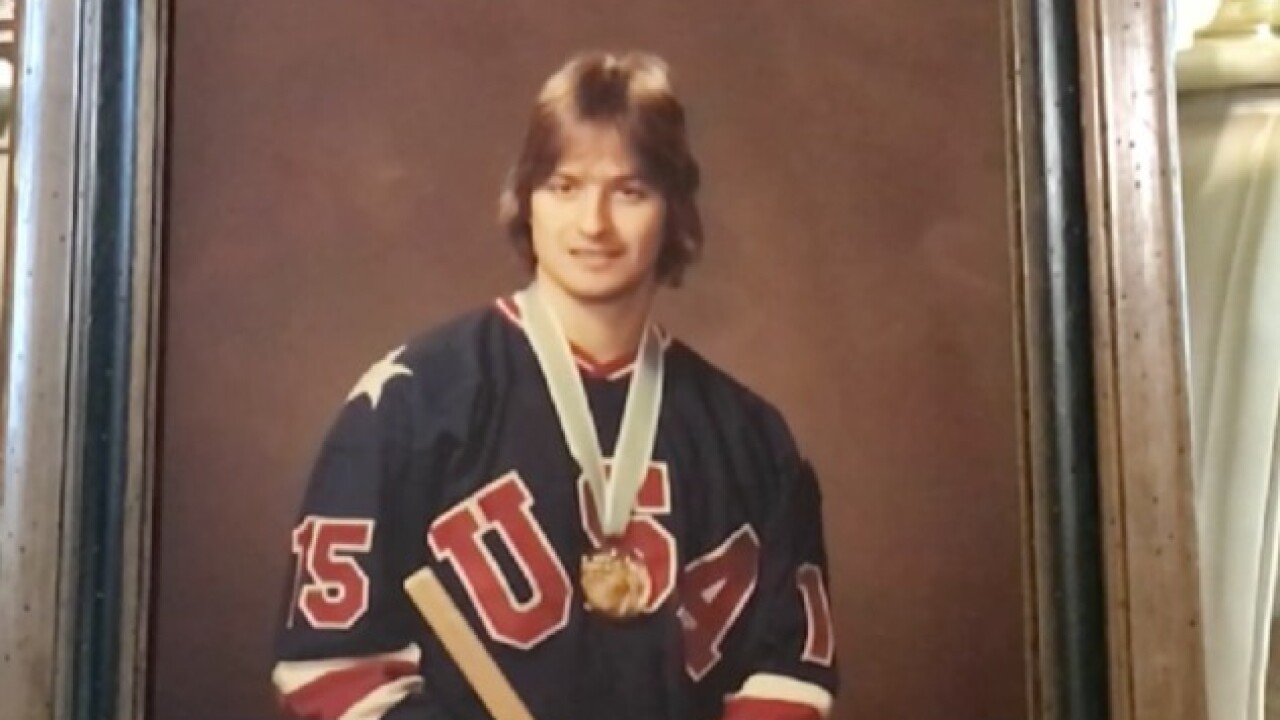 It’s one of the most historic and memorable moments is U.S Winter Olympic history, dubbed the "Miracle on Ice."

The 1980 U.S. Olympic hockey team defeated the Soviet Union in an upset no one, not even team members, saw coming.

WPTV caught up with him to reflect on the unforgettable game, just weeks before the 2018 Winter Olympics begin.

Wells, still settling into his new apartment, pulled out some items many would dream to own.

First, his Team USA jacket given to him during the opening ceremonies.

“This was made and given to us at the Olympic village in Lake Placid as we approached the Olympics.”

But in that same box, a pair of ice skates, but different than the leather skates he wore in the Olympics.

These skates have had much less use in recent decades.

“This pair has been on the ice maybe one time in 20 years,” Wells laughed. And the last time he skated? “I had to hold onto the boards,” he laughed.

A lot has changed for Wells since 1980, but the memory of his Olympic experience is crisp.

He remembers when he first held a hockey stick at the age of 4.

His Olympic dream began like many do, thinking, "One day I’m going to be in the Olympics. I don’t know what sport, mom. But I’m going to get there," said Wells.

He had a passion for hockey, and he loved baseball. But in high school, when he was approached by coaches about what sport he wanted most to commit to, hockey prevailed.

By the time he went to college, his Olympic dream started to seem within reach.

He got an invitation to the Olympic trials in Colorado Springs.

After years of trials, Wells made it to the final selection.

His name, he said, was the last one read.

“I was beyond belief! Oh, he called my name, this is my dream this is the beginning,” Wells remembered.

But like any good story, this one had a plot twist for Wells.

Just after making the team, during their European training tour, he suffered a devastating injury.

“I broke my ankle training with the assistant coach in the backwoods of Norway,” Wells said.

The injury put him on the reserve list, and he went back to the states.

"I'm thinking to myself, 'How in the heck am I going to get back onto this Olympic team,” Wells said.

He played hockey in the meantime, without getting paid, until his phone rang two weeks before the Winter Olympics were set to begin.

Coach Herb Brooks was on the line.

“He called me back at the last minute because of the fact of my speed,” Wells said.

He was back on the team to play defense.

At this point, he had no idea what he was becoming a part of: A team that would leave its mark on the game, and on the world.

Global tensions were rising. The United States playing against the dominant Soviet Union team gave Americans a much needed distraction and feeling of hope.

"I guess years later I learned the importance and the magnitude because of the politics involved with the Soviets and America having kind of a down morale,” Wells said.

The "Miracle on Ice" delivered Americans a much needed win, before the U.S team went on to beat Finland for the gold medal.

Now, Wells remains hopeful another U.S team will claim gold, so they too can know the feeling of representing a county he is still so proud to be a part of.

"Knowing that I represented this flag and this powerful country is the honor of all honors,” Wells said.

Ultimately, Wells said he sold his gold medal to pay for medical needs from hockey injuries and a degenerative bone disease he was diagnosed with in his 20s.