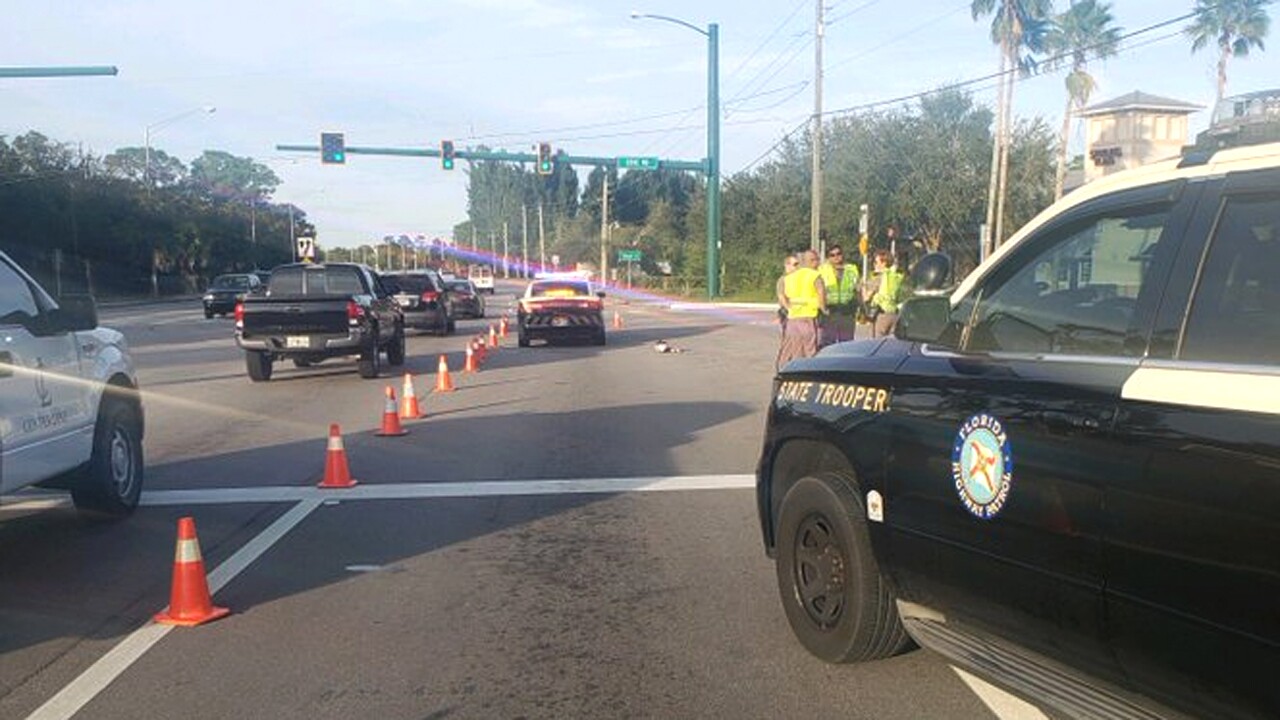 The crash happened at 2:43 p.m. at the intersection of Cove Road and Kanner Highway.

According to the Florida Highway Patrol, the victim, Paul Ryan of Stuart, was riding his 1985 Yamaha motorcycle east on Kanner Highway when for unknown reasons was rear-ended by a 2005 Chrysler Pacifica driven by 34-year-old Richard McGinnis of Port St. Lucie.

Ryan was transported to Martin Memorial South where he was later pronounced dead. McGinnis suffered minor injuries and was taken to Martin South.

The crash is under investigation.

MCSO and FHP on the scene of a fatal crash involving a motorcycle, Kanner Hwy / Cove Rd. Cove Rd, eastbound, will remain closed until further notice. Please avoid the area, as congestion is becoming an issue. pic.twitter.com/CFR7TMhtgK