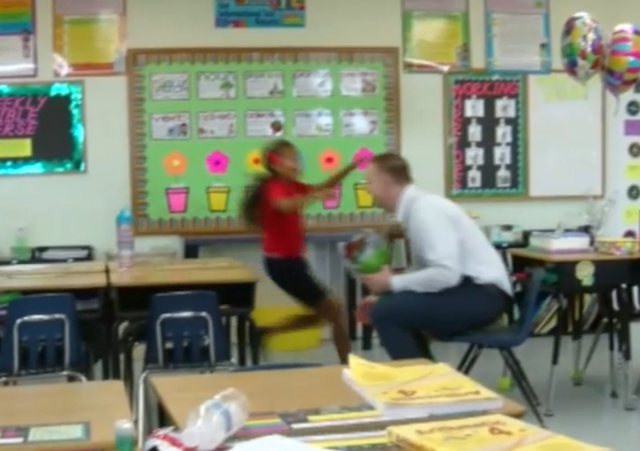 A little girl got the surprise of her young life. Travis Hickman last saw her dad at Christmas because he's been serving in Alaska as a head chef for the Coast Guard. He surprised his daughter on her birthday. 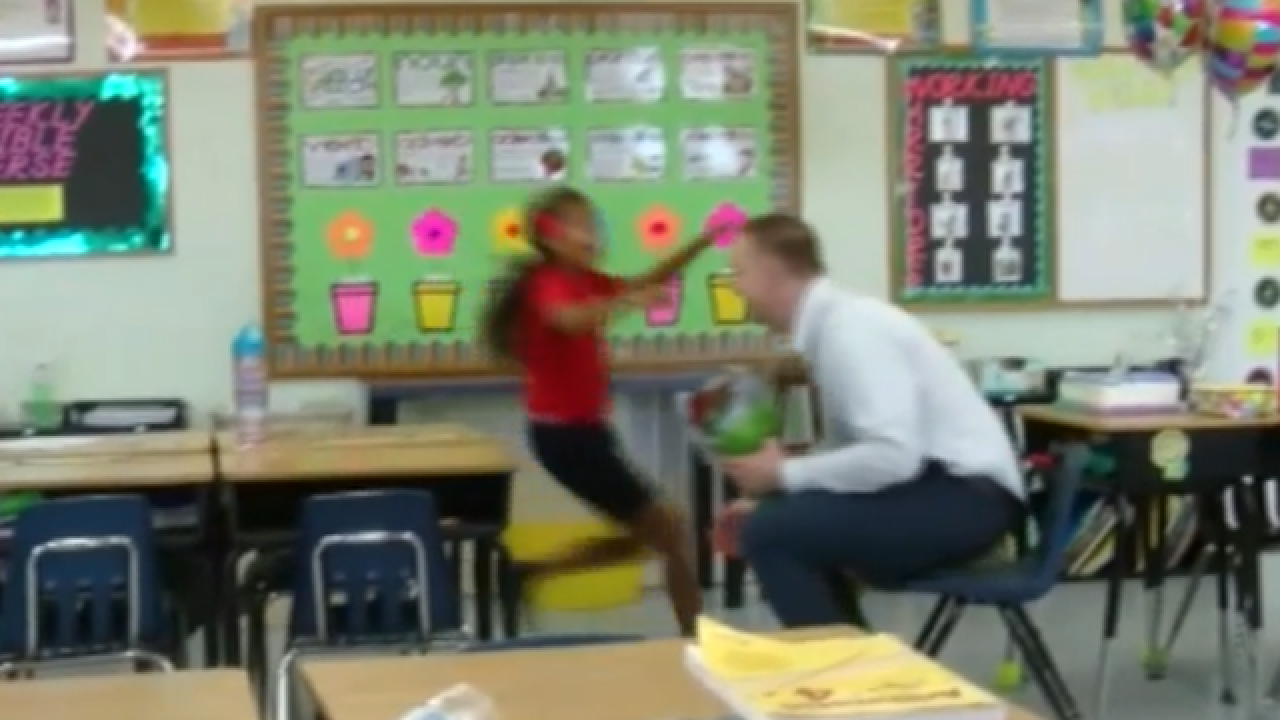 A 10-year-old girl got a gift greater than what she even wished for on her birthday Wednesday when her dad, who serves in the Coast Guard, surprised her at school.

"This is a birthday I think I would never forget," 10-year-old Makayla said.

“I wanted to make a difference in the world," he said.

The last time Hickman had seen his family, including Makayla, was Christmas 2016.

"I don’t think people understand how tremendous of a sacrifice it is," said Sylvia Hickman, his wife. "Not just for himself, but for the rest of us. For myself, for the kids, it’s pretty difficult.”

Hickman got approved for leave over his daughter's birthday and flew 17 hours across the country Tuesday. He stayed in West Palm Beach overnight so he could surprise Makayla Wednesday at First Baptist Christian School in Stuart, where she attends fourth grade.

He wished Makayla a happy birthday over the phone in the morning.

However, Makayla didn't know at the time that her dad would soon tell her happy birthday in person.

At 11:30 a.m. on Wednesday, he sat at her desk at First Baptist Christian School holding a bouquet of roses with balloons, gifts and a cake behind him while her class worked on something outside.

When Makayla and her classmates returned to the room, Makayla opened the door to find her dad at her desk. She immediately ran into his arms and cried.

“This is more than I wanted," she said.

"It was priceless to see her so happy," Sylvia Hickman said.

Hickman's two-and-a-half-year-old son, Heath, also was surprised to see his dad when he was brought upstairs from the First Baptist Church Christian School's preschool.

Hickman is home for 11 days. The family plans to go to Disney and enjoy the time with each other.