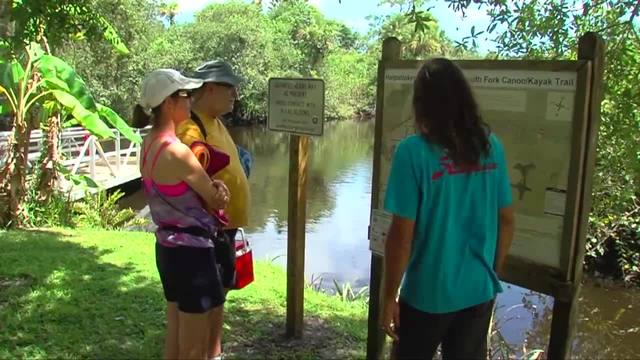 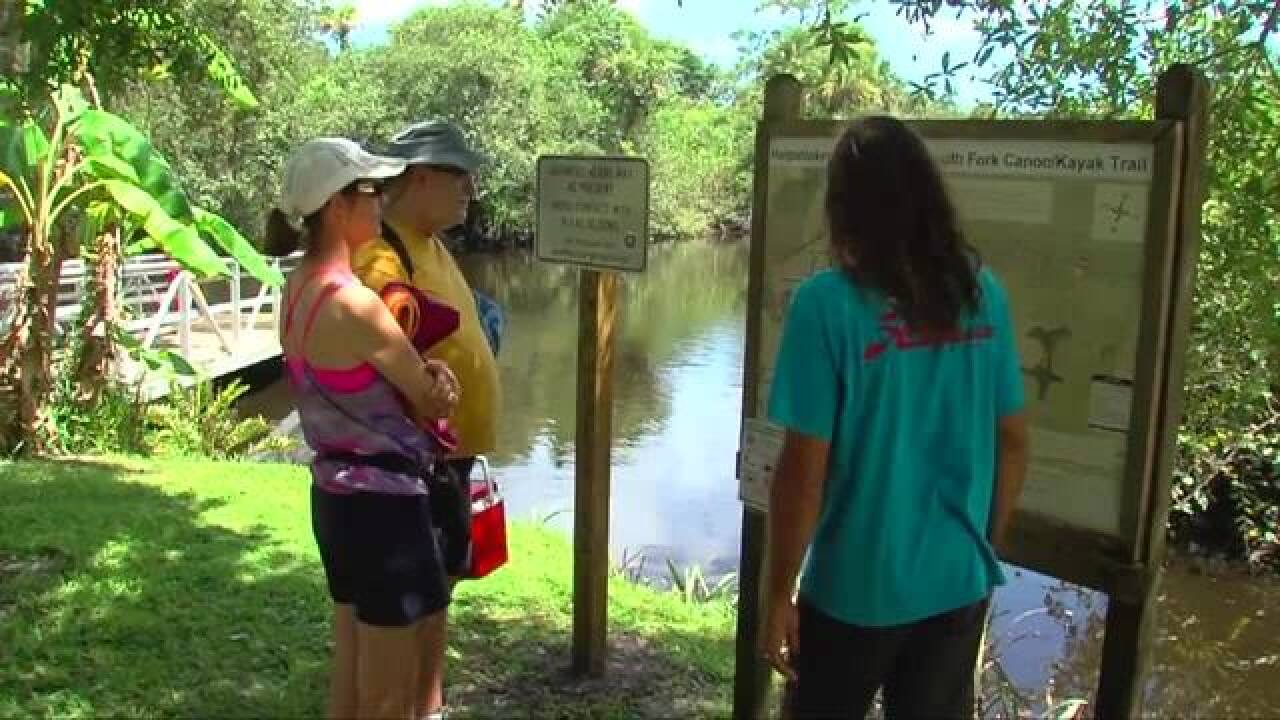 It's feeling like a red, white and blue-green kind of holiday weekend for some people in Martin County.

Even though blue-green algae hasn’t hit the South Fork of the St. Lucie River by South River Outfitters yet, Stout is feeling pretty blue. His business is down by nearly 40 percent.

“So far we haven’t seen any, but it is a fluid situation," he said. "Business has been very, very slow. It’s almost non-existent.”

Stout said people assume the algae is in his part of the river too.

"A lot of people call and they want to go out kayaking and the first thing they ask is about the algae," he said.

However, just down the road, there’s a spot algae from Lake Okeechobee can’t touch.

“In Halpatiokee Park, which is where we operate, there’s a beautiful lake," Stout said. "It’s very large and it’s not connected to the river at all. It’s a freshwater lake.”

Stout used that lake when the algae crisis of 2016 did affect his section of the river. He shuttled people over there. He said he hasn't had to do that yet this year, but it's an option for everyone.

“It's a good alternative to not take any chances with the water," he said.

Amy Stapleton went boating out of Sandsprit Park this afternoon, but she’s kayaked over at Halpatiokee before.

“It’s like going back in time. If you go past where the little houses are and you get there toward the park, you can see some pretty big alligators," she said. "It’s kind of neat.”

Halpatiokee is a Seminole word for 'alligator water,' so people do want to watch out for those, but they can also walk, hike and fish at the park.

"Most people on the Treasure Coast suffer from algae overload right now and just want to be outside and not have to worry about that," Stout said. "They’ve lost a lot of their summer activities so to find something to go do is kind of a joy.”