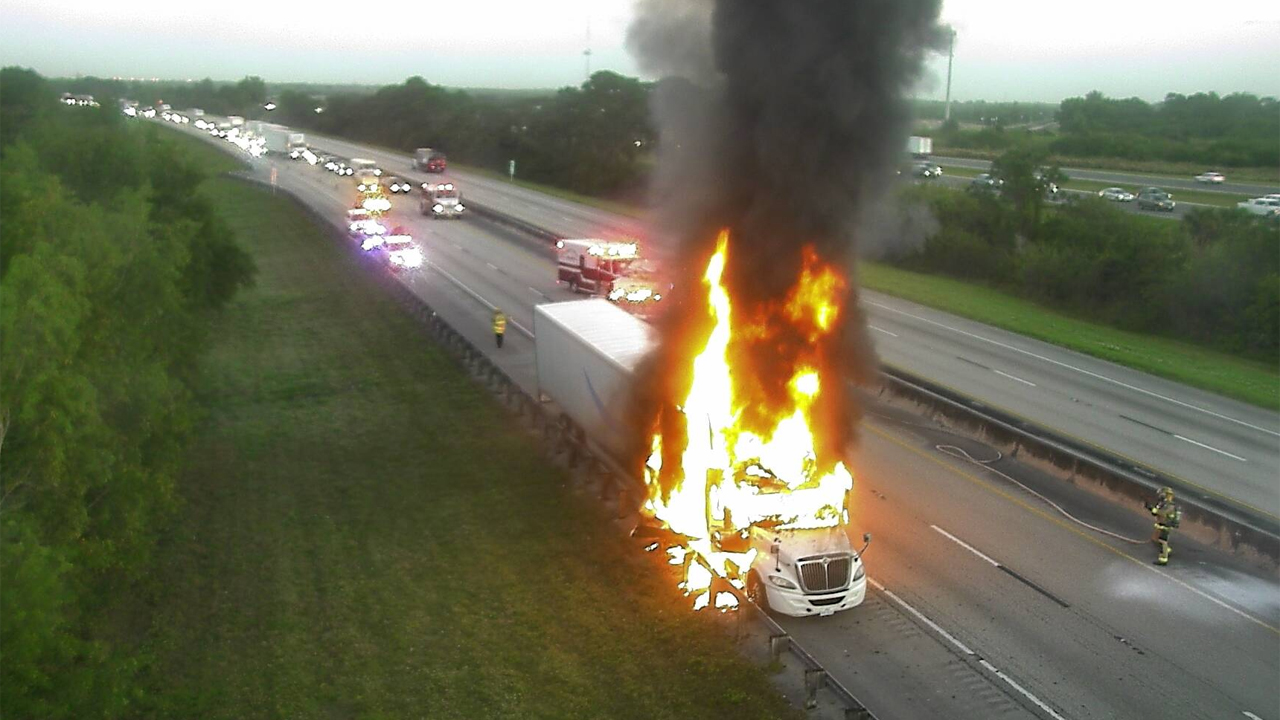 A semi was engulfed by flames Wednesday morning on Florida’s Turnpike in Martin County, closing all lanes north of Jupiter. 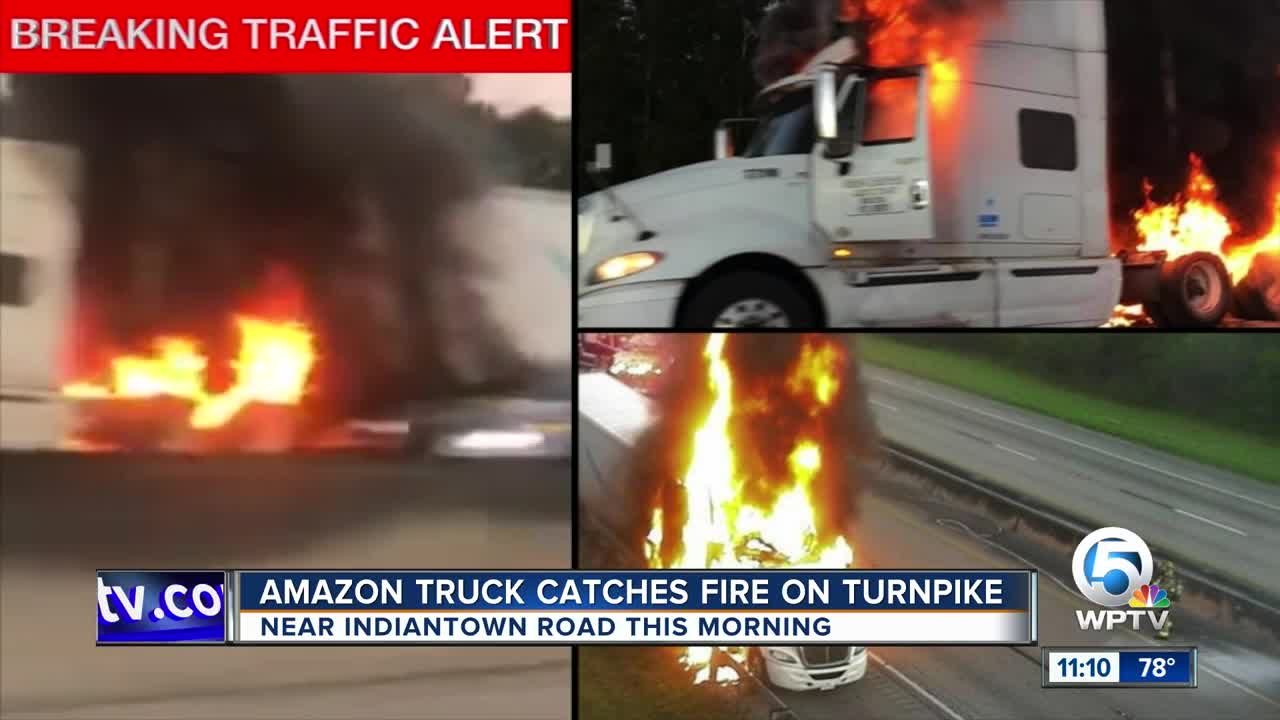 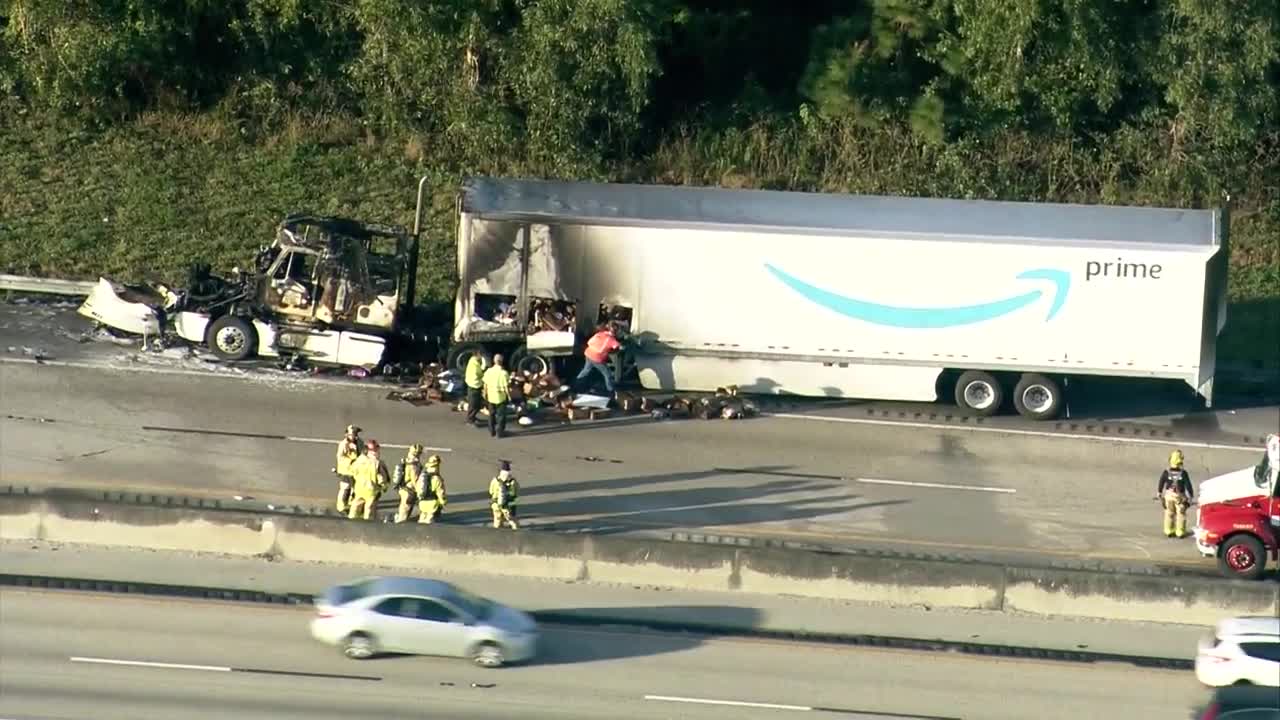 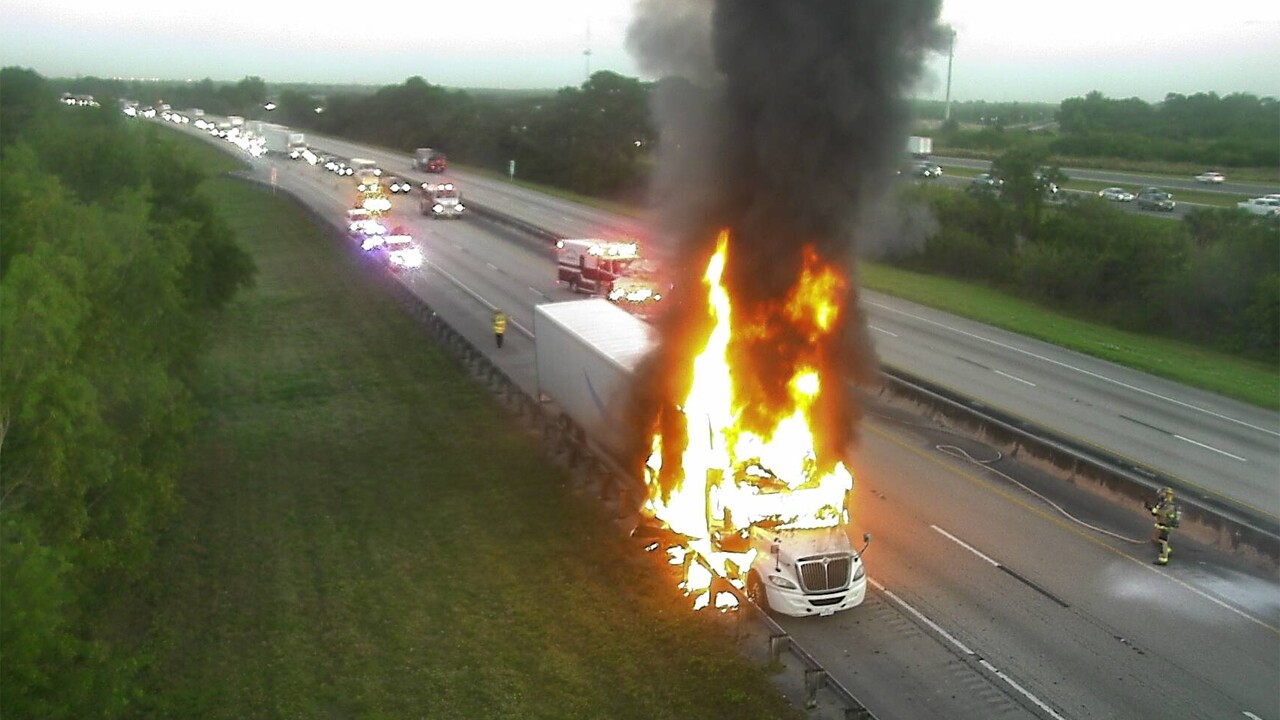 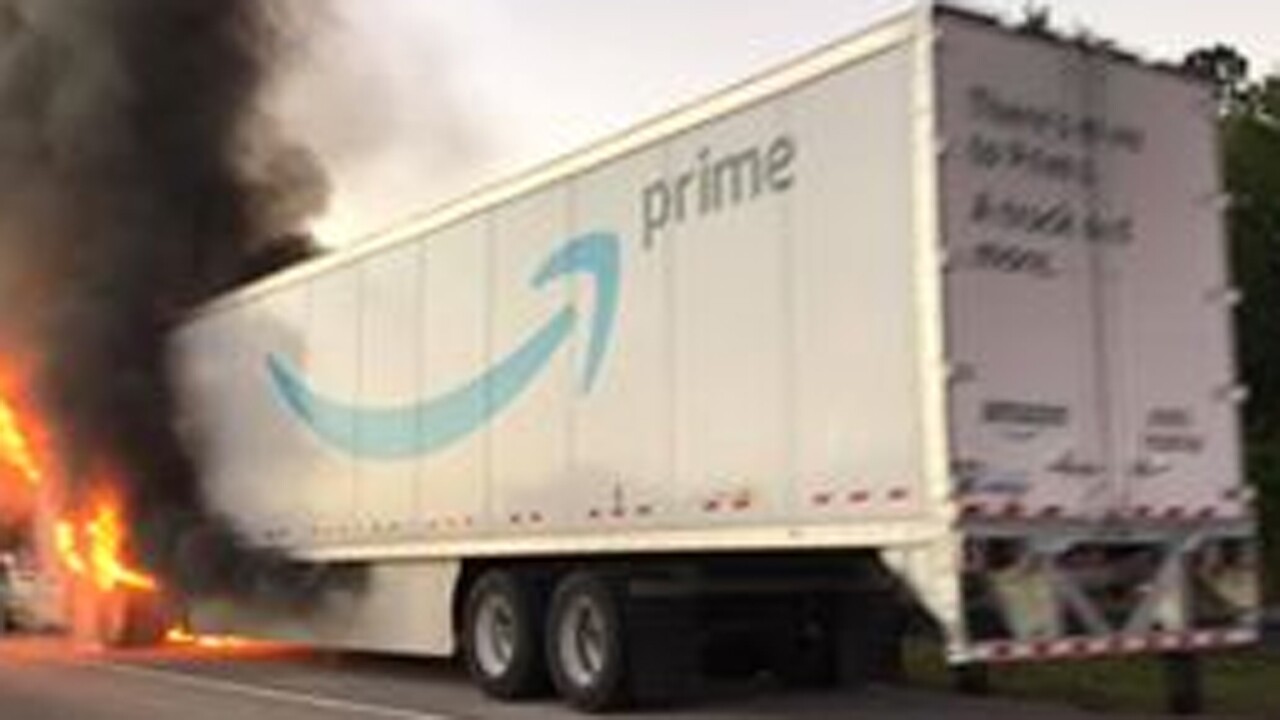 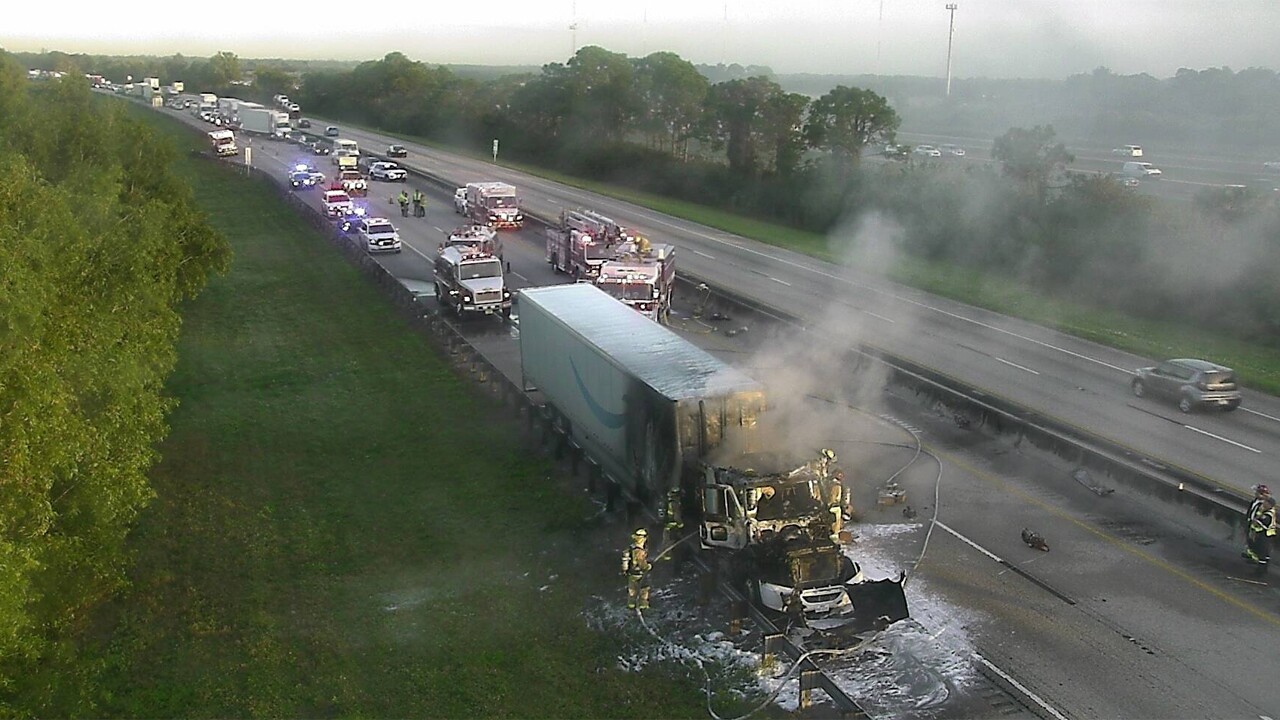 MARTIN COUNTY, Fla. — An Amazon Prime semi was engulfed by flames Wednesday on Florida’s Turnpike in Martin County about 12 miles south of the Palm City exit, causing heavy delays much of the morning.

The Florida Department of Transportation website reported the incident occurred at 6:53 a.m.

FDOT traffic cameras at 7:10 a.m. showed the tractor-trailer was still on fire with large flames coming out of the trailer and cab.

It’s unclear if anyone was hurt, but were heavy southbound delays between Jupiter and Stuart.

By 7:30 a.m., fire crews had arrived and extinguished the blaze, but traffic cameras show the cab and a portion of the trailer were destroyed.

Chopper 5 flew over the scene at 8:15 a.m. and spotted crews removing damaged boxes from the front portion of the trailer.

CHOPPER 5: Amazon Prime semi damaged by fire on the Turnpike in Martin County

Stay with WPTV.com and NewsChannel 5 for updates.