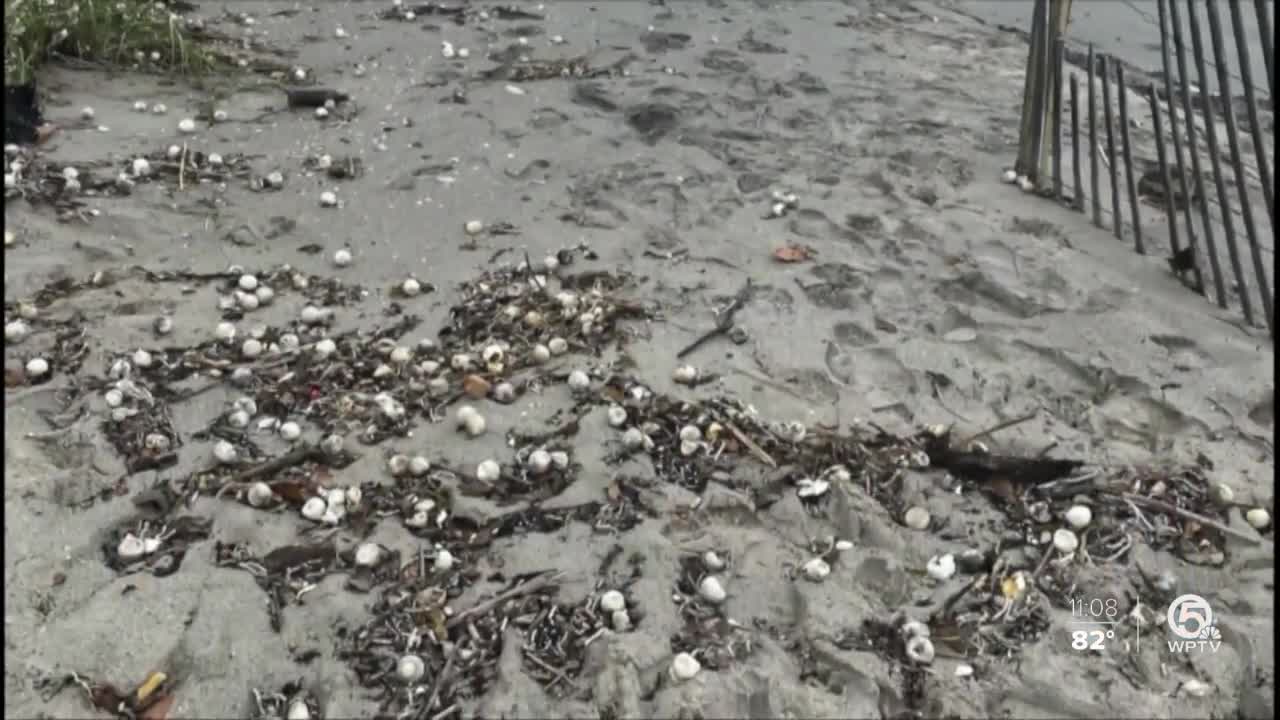 Sea turtle nests remain in danger being exposed or washed away during high tide.

“There’s one there, one there,” described Mark Perry, Executive Director of the Florida Oceanographic Society.

Walking along Stuart beach, several sea turtle eggs were scattered along the sand and in seaweed. Once they’re exposed, Perry said it’s unlikely they will live.

“They still have stuff inside, like this one over here I noticed,” Perry described to some beachgoers. "It’s hard to take, but it’s nature's way.”

He said the extreme high tides are unusual during this late phase of the nesting season.

“Usually in October or November we get the higher than normal tides,” Perry said.

It could have an impact on sea turtle hatchling numbers for the year.

“They usually peak out in nesting in June and July, then 60 days later, the 110 eggs per nest hatch out and usually there is a 70 or 80 percent success,” Perry said.

Finding ways to protect the coastline from erosion in our area, he said, is critical.

"On South Hutchinson Island, we receive more than 7,000 or 8,000 sea turtle nests in a year…This is one of the highest nesting beaches in the Western Hemisphere for Loggerhead turtles so we’re in a prime place for nesting,” Perry said.

Fortunately, he said it has been a 'good' nesting season so far this year, hoping that will help counter some of the recent losses.

“But every year is different, so this year could have a problem if we get so much of the erosion during the later part of this nesting season,” Perry said.

Perry stressed that beachgoers must leave eggs and hatchlings they find on the beach alone. If you find a hatchling clearly distressed or disoriented, Florida Oceanographic has a hatchling drop-off center.

The wind is really blowing us away here in Juno Beach, Florida this week. If you come across exposed nests or eggs on the beach do not touch, move or disturb them. Usually, once eggs are exposed, they are not viable, but they have the best chance of survival if left untouched. Additionally, please do not pick up eggshells. We know this may be hard to witness but nesting sea turtles adapt to storm loss by nesting multiple times a season. Sick, injured or disoriented hatchlings can be brought to our 24/7 hatchling drop-off area located at the front of our Center. When transporting hatchlings, place them in a bucket with damp sand and no water.