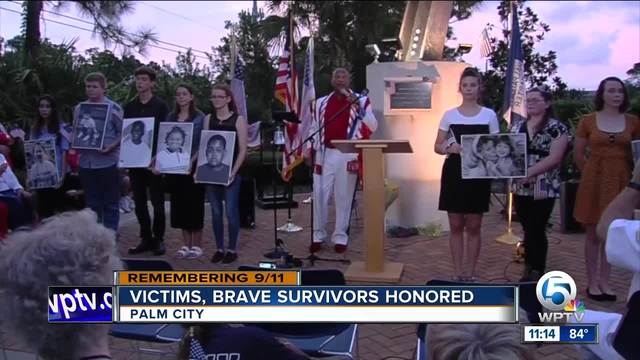 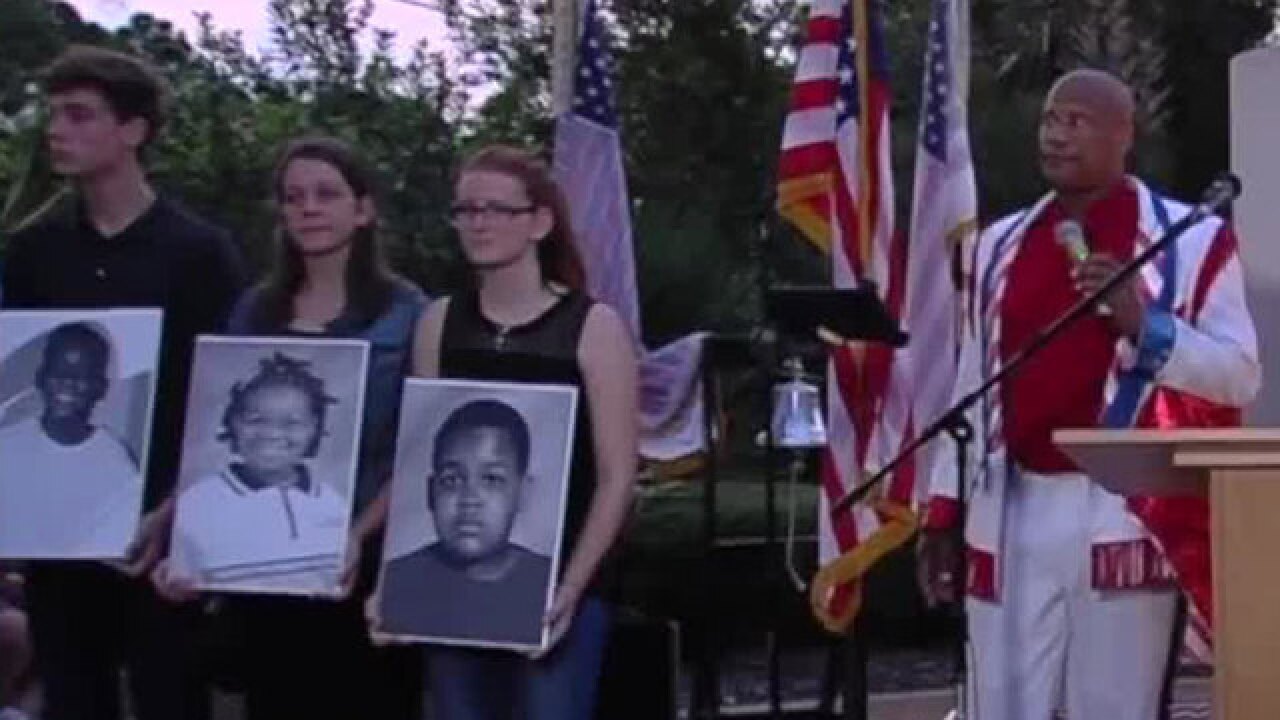 Seventeen years ago, the United States found itself under attack.

Lives were lost on four planes, the World Trade Center and the Pentagon.

On Tuesday night, underneath a 9/11 memorial made from a beam from the World Trade Center, the victims of Sept. 11 and the brave survivors were honored in a ceremony in Palm City.

Among the touching tributes, students from Martin County showcased each of the eight children who were killed on 9/11.

“David Gamboa-Brandhurst was only 3-years-old when he was killed on flight 175,” one student read at Tuesday's ceremony.

“Asia [Cottom] had a talent for science and math and wanted to be a pediatrician one day,” read another student.

“Christine Lee Hanson, at just 2-years-old, was the youngest of the victims on 9/11.”

But, the night did not only honor the memories of the lives lost.

It also acknowledged the struggles some survivors still feel even 17 years later.

“The images, sounds and smells continue to haunt them,” said Jennifer Hoskins-Tomko, LCSW, a therapist who treats first responders from 9/11 now living in Florida. “They continue to feel vulnerable each year around the anniversary of 9/11.”

She said it is an honor to work with those dealing with PTSD, wanting to help them. She also knows there may be some in the area who have never asked for help but quietly cope with grief or guilty. She hopes anyone dealing with PTSD will find the strength to ask for help.

“But don’t call them heroes. It’s always met with resistance. They’re riddled with guilt for being the one that survived no matter how grueling 9/11 was for them,” Hoskins-Tomko said. “Out of respect for them, I won’t call them heroes, but I do think of them as angels.”

The approximately 100 people who attended the ceremony Tuesday night made sure not only the sacrifices of the victims were honored, but also the first responders and survivors left with haunting memories.

“9/11 isn’t going anywhere. When people say never forget, I don’t know how anybody could.”