It’s an industry that has no regulation, but a huge impact on the lives of those living with disabilities. Families in their most desperate hour say they turned to a local company for a trained service animal, they say they spent thousands of dollars and now just have expensive pets. 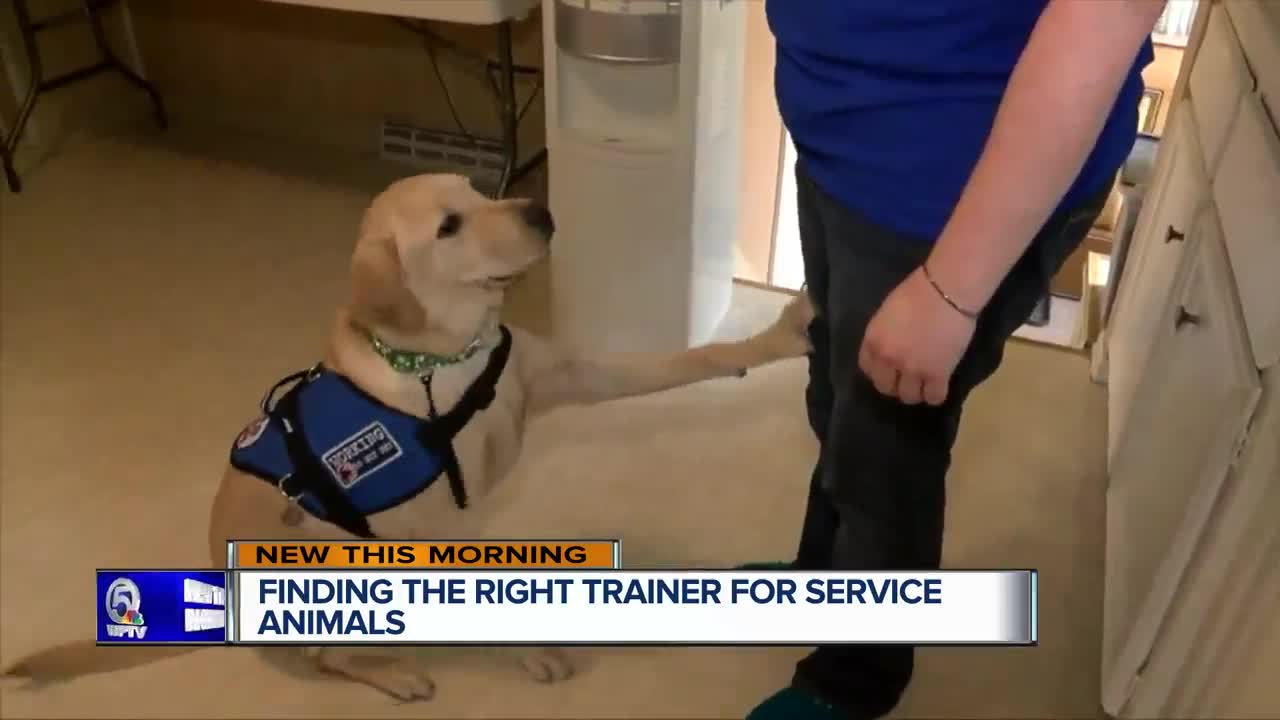 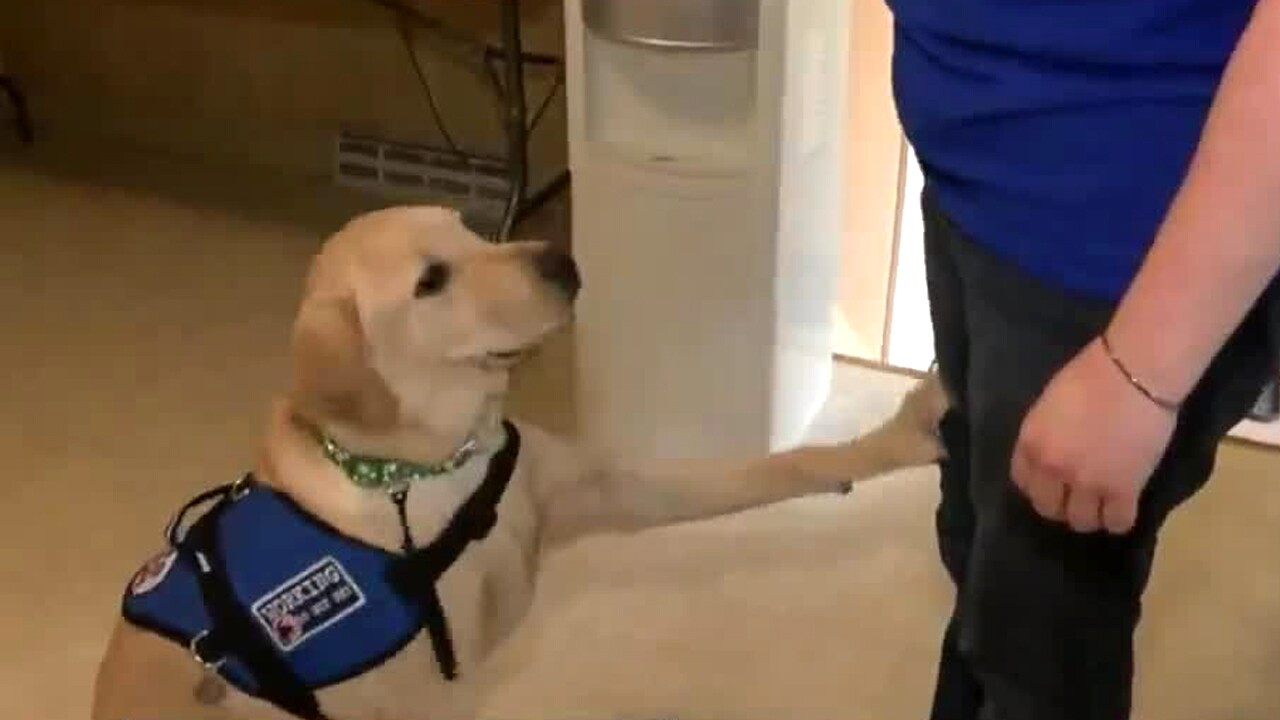 PALM CITY, Fla. — It’s an industry that has no regulation, but a huge impact on the lives of those living with disabilities. Families in their most desperate hour say they turned to a local company for a trained service animal, they say they spent thousands of dollars and now just have expensive pets.

For Sarah Trask, getting a service animal would mean a chance at being a more independent mom.

“I shouldn’t be going out because the reality is, I can have a seizure on the street,” said Trask.

Averaging at least seven seizures a month back in 2016, Sarah says she was afraid to even walk her kids to school.

“It’s almost like sleepwalking, you’re starting to walk and eventually you go into the grand mal seizure where you fall,” she said.

Trask and her husband looked into getting a service dog that could alert her when she was having a seizure and protect her from hurting herself. Most trainers told her it would take up to three years to get her service animal.

Canines 4 Hope’s website says they can do it in 3 to 6 months.

“You really don’t think about this as a person with a disability because you’re focusing on this as an emergency,” added Trask.

Cora Ners said she reached out to Canines 4 Hope’s owner when her 6-year-old son suffered his first grand mal seizure.

“While we were in the hospital is when I contacted Jason [Devito] at Canines 4 Hope because I was worried that if he were to seize in the middle of the night and I didn’t get to him in time, that he would be dead,” said Ners.

Dorothea Alsberg suffered a diabetic coma. She was living alone with Type 1 diabetes, so her family contracted Canines 4 Hope to train her six-month-old German Shepherd Onyx.

The families paid Canines 4 Hope between 8 to 13 thousand dollars.

Each contract said there is no guarantee the dog would early detect a seizure or a sudden change in blood sugar.

“I figured if she can’t early detect at least she’ll respond and let me know what’s going on,” said Ners.

After a few months into the training, the families were invited to Palm City to work with their dogs. But they said the main focus was basic and advanced obedience. Ners took her son’s yellow lab Sky home. Devito said the plan was for training to continue.

“We were surprised, she was not housebroken at all,” said Ners.

Till this day Sky won’t jump into Ners’ car. Ners has to get here son in first and then carry his service animal into the car, but that’s not the most challenging issue Ners has had with Sky.

“My son did have another grand mal seizure, the dog was in the house, she was near him,” said Ners. “I noticed what was going on from another room, and I ran in. I grabbed the oxygen machine put him on oxygen and she started freaking out because of the oxygen machine.”

Ners said she called 911 and when the paramedics arrived at her home, the service animal would not let them.

Trask said her first seizure with her service lab Lucy happened near her children’s school.

“She didn’t react at all to me,” said Trask. “People pulled over and tried to help me more so than Lucy.”

Alsberg had a similar situation when her dog Onyx returned from training.

“My first low blood sugar with Onyx, he didn’t notice. He didn’t do zip. He is supposed to paw at me and alert me,” said Alsberg who said she mailed samples of her blood when sugar levels were high, low, and normal to Canines 4 Hope as part of Onyx’s training.

The families said they contacted Devito with their concerns. Devito said he had concerns that they did not follow the instructions he gave them once they took the animals home.

“My contention why these dogs are underperforming for the families because they are not providing the structured environment that they need,” said Devito.

Devito showed the in-depth packet he sends families home with which includes a 10-week training schedule. Trask said she worked with her service animal but felt her dog wouldn’t respond.

“She was supposed to lay on me from day one, but when we took her home I had to teach her that,” said Trask.

Video of Trask and Lucy going for a walk show when Trask would fake fall to imitate a seizure, Lucy did react, but that changed around other dogs.

“Not every dog can do that, maybe 1 in a 100,” said Bailey. “These are the ones that are so well trained that nothing in their environment bothers them.”

Trask and her husband have since learned Lucy has severe issues with hip dysplasia and a heart murmur at almost four years old.

“They sold me a disabled dog for my disabled wife,” said John Peter Trask, Sarah’s husband.

Devito said the Trasks never contacted him about the health issues they were having with Lucy and said all dogs come with a health guarantee for up to 24 months. He has been operating Canines 4

Hope for over 10 years. He offered testimonials from clients who have no regrets about doing business with Canines 4 Hope.

In Connecticut, Laura Grady said she got her daughter’s service animal Hope from Canines 4 Hope in 2016. Grady said when she first got Hope, the dog alerted her family the evening before her daughter had a seizure. Grady said Hope has her own way of alerting before a seizure and said she paces back and forth.

“Your dog is not going to come home and be expected to do every function that it did at Canines 4 Hope,” said Grady in a phone interview.

She said she followed the instructions Canine 4 Hope gave her and has even referred Canines 4 Hope to other families.

In Indiana, Michele Merrifield, 48, had a similar experience. She said four years ago she bought her service animal Robbie from Canines 4 Hope. Robbie was Merrifield’s second service animal. Her first had to retire at 10 years old.

Merrifield said Robbie paws at her before she has a seizure to alert her to take her medication. Merrifield said it took some time for Robbie to adjust and for her to trust him and for the dog to trust her.

“Takes probably a year before you get that in sync mode, where yes you understand each other,” Merrifield said.

She said her doctors have been so impressed by Robbie during her medical visits that they have referred Canines 4 Hope to other patients.

Both clients said they never had issues with potty training like Ners said she did.

“She’s a family pet, she’s not a service dog,” said Ners about her son’s service animal.

The fact is there is no regulation in the service animal industry and no required certification for trainers who promise a service animal that will respond to a medical emergency.

“Lucy is a great dog, but Lucy is not an epilepsy alert dog,” said John Peter Trask.

Ners said she got some of her money back from Devito, about five-thousand dollars of the 13-thousand she paid.

The families who claim Devito did not sell them trained service animals say they found each other through online reviews and are seeking legal help.

"My claim to these women that have made accusations about us is that I provided a dog that was doing the task that was outlined in the contract, I truly believe that," said DeVito. "The question then becomes and the reason why I haven't refunded their money is because I believe that they didn't follow through on their end of what they're supposed to do."

GUIDELINES TO HELP YOU SELECT THE BEST SERVICE ANIMAL TRAINER

Searching for a service animal trainer can be difficult. Making that decision comes with a huge investment. A trained service animal can cost tens of thousands of dollars.

Below are a few guidelines you can follow to help you determine what trainer is best for your needs:

One: Ask for client referrals. Every trainer will have a list of clients they sold trained service animals to and clients they may continue to work with for refresher training.

Two: Trainers or training companies do not have to be accredited by the Better Business Bureau, but it does not hurt to look them up and see if they have any complaints.

Four: Ask questions like who is the breeder? Any reputable trainer will be happy to answer all of your questions and will ask for your doctor to provide documentation regarding your physical or mental health to make sure what your needs are.

Five: A red flag: most trainers will not let you pick the dog you want. Training a service animal for specific tasks may require a specific breed and temperament.

These are all tips for researching trained service animals that are allowed to go to any public place a person is allowed under the Americans with Disabilities Act. Emotional support or comfort animals are not covered under the ADA.