No issues so far in Martin County recount; only a few votes duplicated 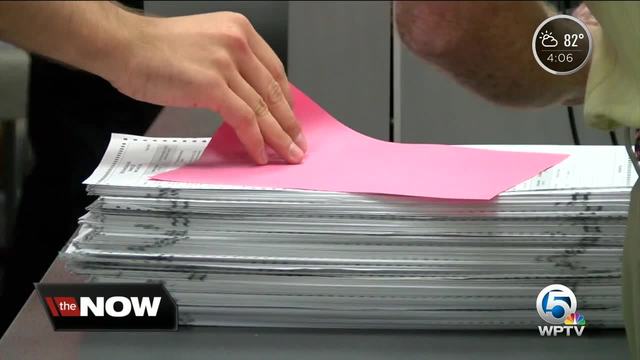 A machine recount is underway in Martin County to check all 78,000 ballots cast there. Two high-speed tabulators, new for the 2018 election cycle, started running at 9 a.m. Vicki Davis, the Supervisor of Elections, says the process should take about 12 hours. 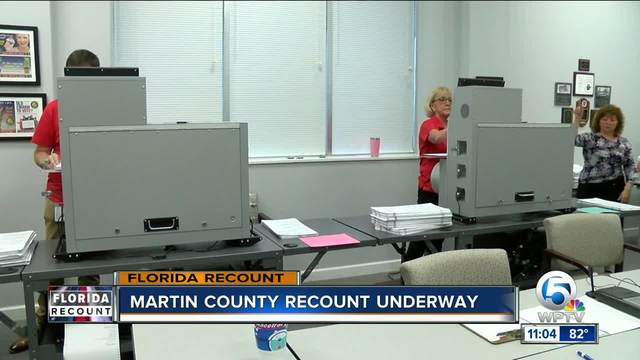 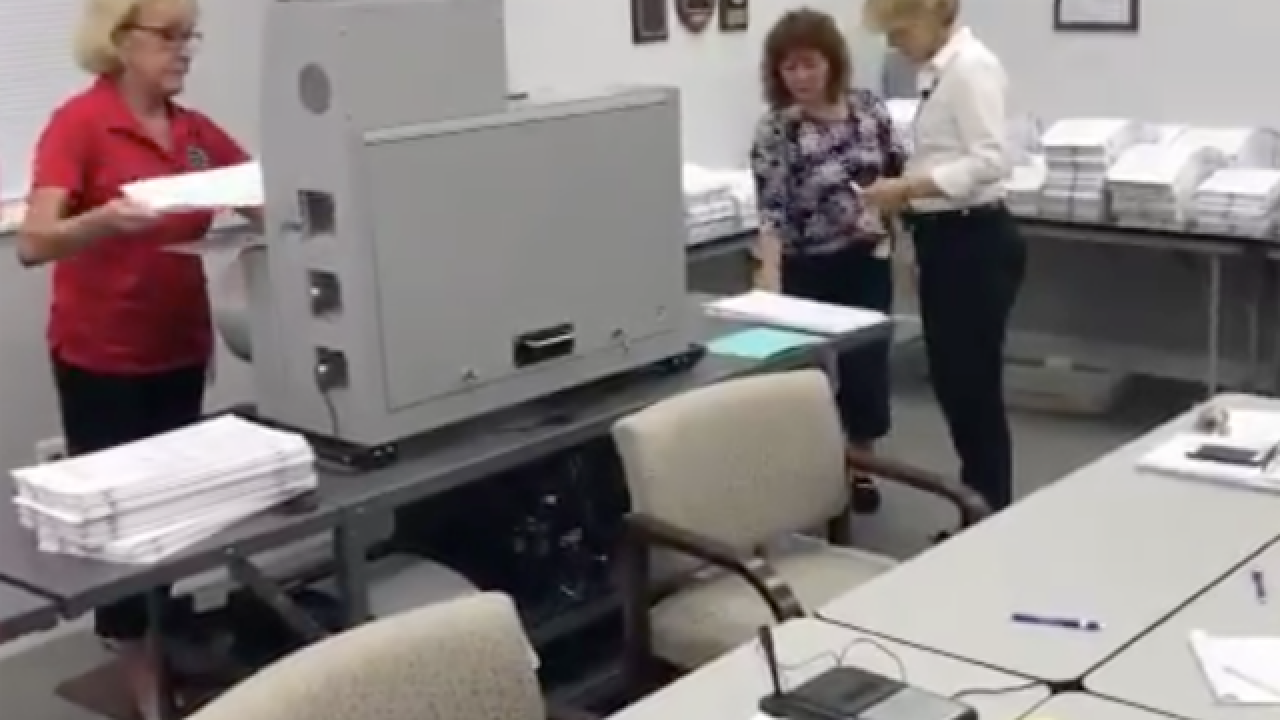 A machine recount is underway in Martin County to check all 78,000 ballots cast there.

Vicki Davis, the Supervisor of Elections, says the process should take about 12 hours.

Davis says the vote by mail ballots will take the longest.

“Because they’re creased or folded.  Sometimes those creases hold it up a little bit longer," said Davis.

In the first few hours of the machine recount, fewer than five ballots were duplicated.

One had a red stain on the bottom of it that looked like blood.  A second ballot had to be duplicated after the tabulation machine crinkled it.

There are representatives from both political parties sitting inside the room as the ballots are placed in the machines.

“We’re not going to have problem meeting deadline for second set of unofficial results," said Davis.

Ballots with overvotes or undervotes are placed in plastic bins underneath the machines.  They'll be tabulated if any of the three tight statewide elections head to a manual recount.