4-month-old boy was among migrants rescued 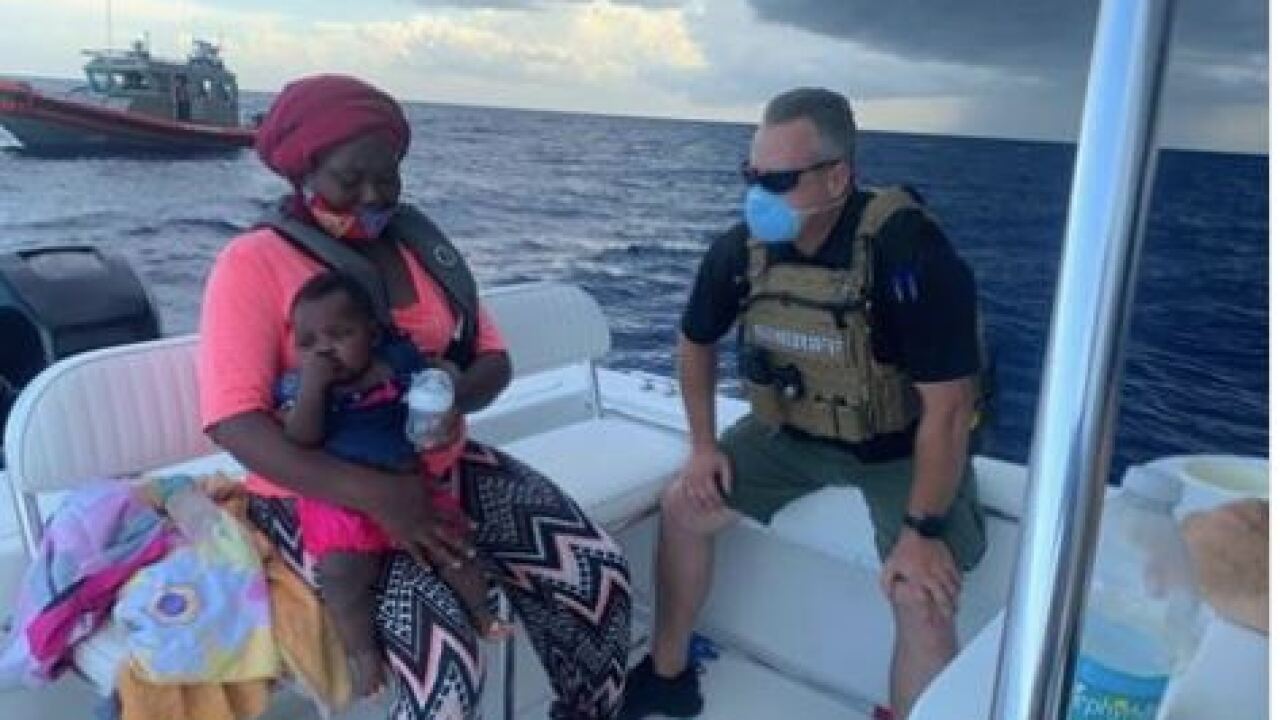 Officials said the migrants were located Friday several miles offshore and gave little information about their dangerous journey to America, other than that they were seeking a better life.

According to the sheriff's office, the boat originated from Haiti and lost power at some point, becoming afloat for an unknown period of time until it was spotted.

Nine men, three women and a 4-month-old baby were on board. One of the women and her child were suffering dehydration.

All passengers were turned over to the Coast Guard.