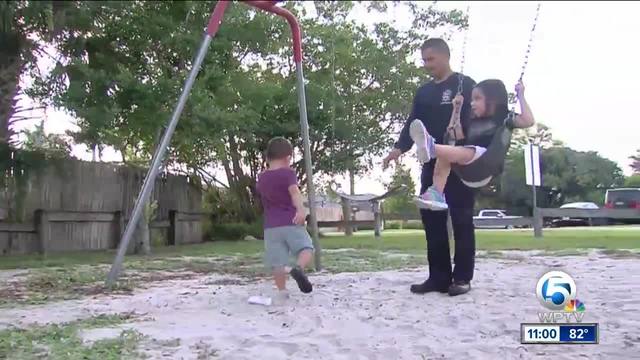 A Martin County firefighter who has helped the community for years is now getting for a little help in return. 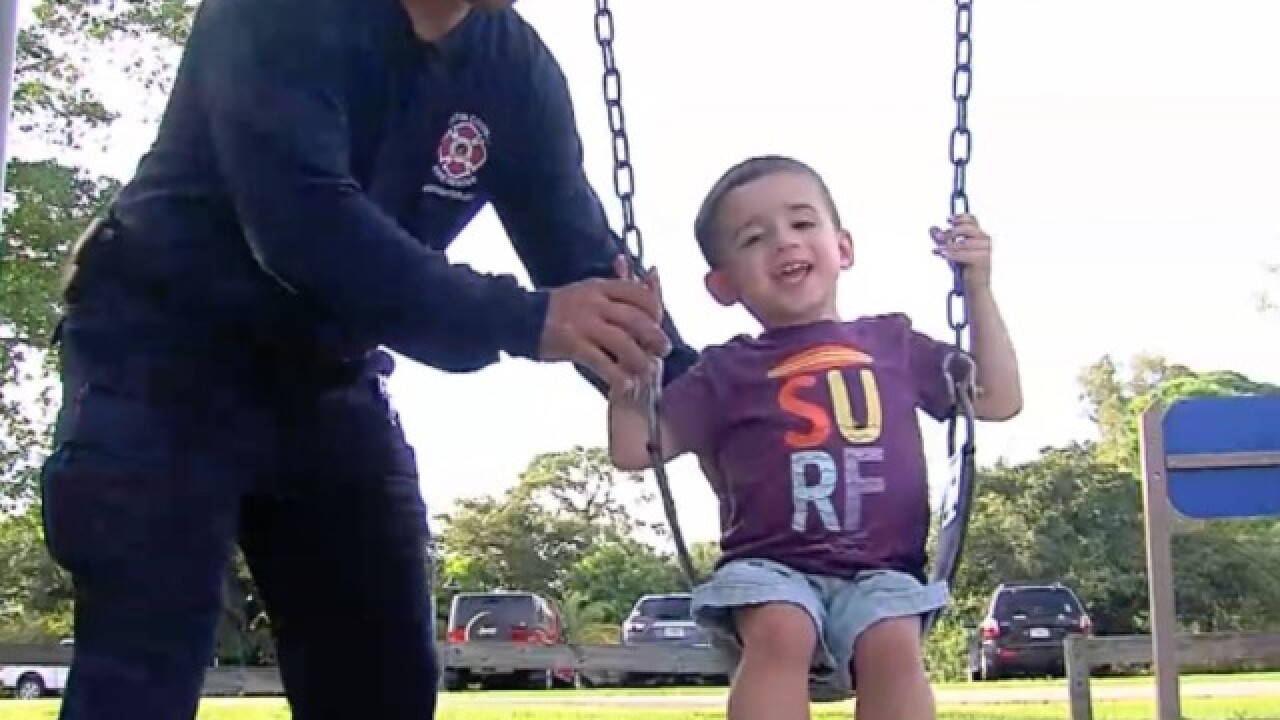 A Martin County firefighter who has helped the community for years is now getting a little help in return.

There’s no stopping his 3-year-old son now, but their family recently learned their toddler, Ethan, has a medical condition that will eventually leave him living his life in a wheelchair.

In just a matter of days the community has started stepping up in a big way to make sure the family feels supported.

On Tuesday, Ethan and his older sister spent some time running around a playground.

It was a day at the playground about a year ago when firefighter Jose Monteagudo and his wife realized Ethan was a little different than the other kids. He was walking differently and using his arms more than his legs to climb around on playground equipment.

It could leave Ethan bound to a wheelchair by the time he is in his early teens, if not sooner.

Capt. Scott Risk said he was catching up with Jose one day, and asked casually about his family. That’s when Risk said Monteagudo told him the recent news about Ethan and their upcoming fight with DMD.

Risk acted quickly to create a GoFundMe page to get the Monteagudo’s off on the right foot with taking care of Ethan moving forward.

“They were so kind to come up with this great idea,” Monteagudo said.

He knows traveling to appointments, medication and treatments only scratch the surface of the costs of making Ethan’s battle last as long as possible.

His firefighter family stepped up just in time to give his immediate family comfort and support as they learn how to prepare for Ethan’s future.

“Right now I feel that with my coworkers, that they have my back helping me and helping my family to keep moving in life.”

He hopes his son will still get to live his life to the fullest.

"It doesn’t matter what disease you have, I want him to approach life and every single day as the best day of his life,” said Monteagudo.

You can also contribute to the fundraiser here.