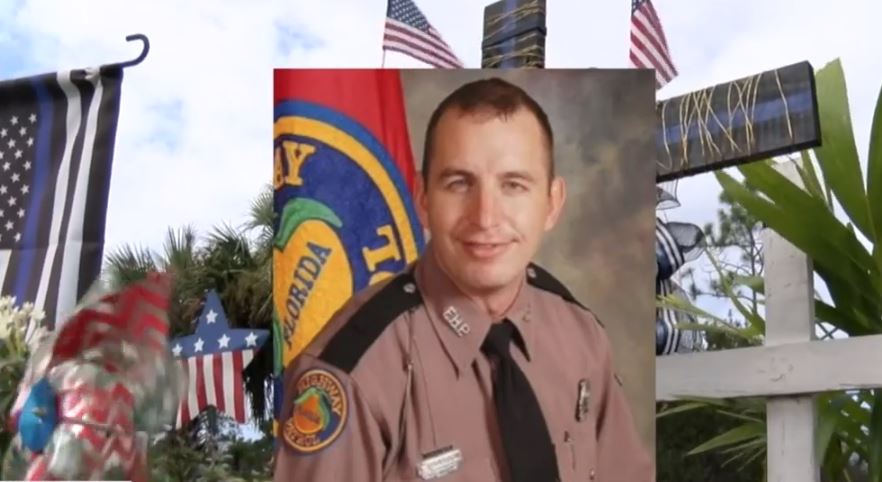 Law enforcement from throughout the area gathered in Martin County on Tuesday to remember one of their own who was killed earlier this year in the line of duty. 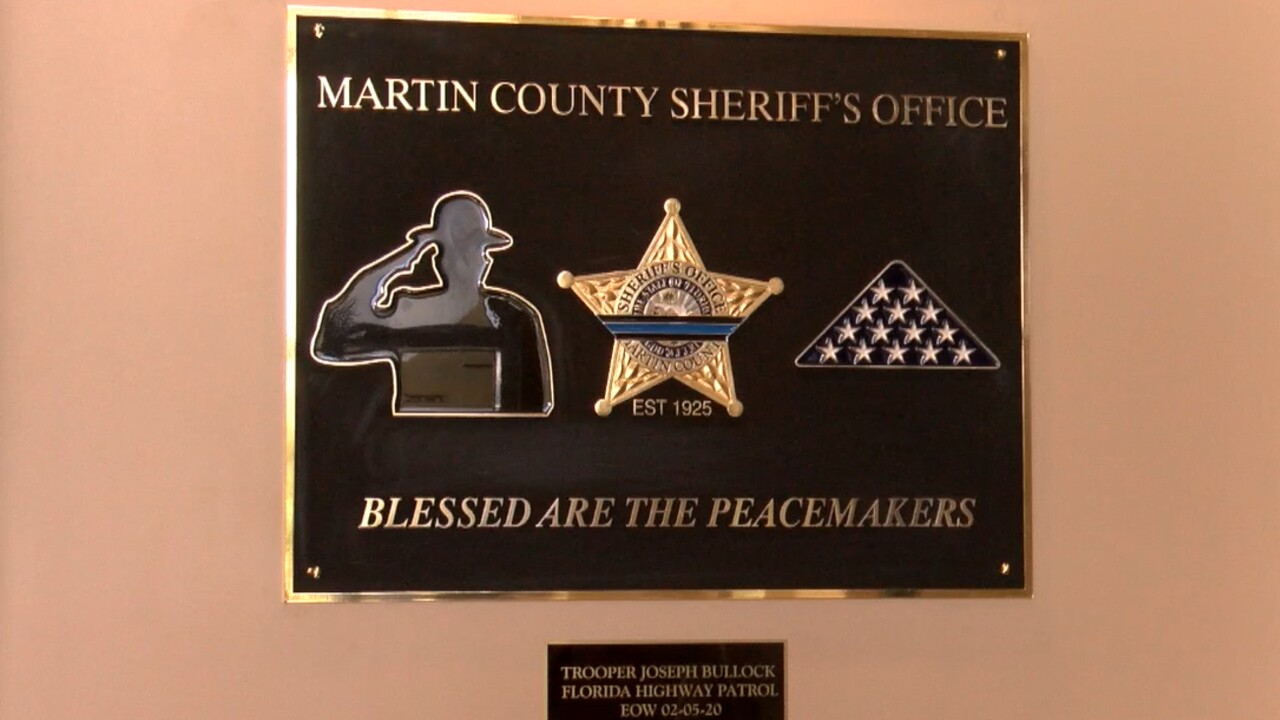 MARTIN COUNTY, Fla. — Law enforcement from throughout the area gathered in Martin County on Tuesday to remember one of their own who was killed earlier this year in the line of duty.

"You’ve been nothing but love and support for our family. He would say to all of you in uniform and all of you that have served to have courage," said John Bullock.

It was Feb. 5 when Trooper Bullock was killed by a motorist he had tried to assist.

"He was a hero because we was willing to be killed in the line of duty," said Sheriff William Snyder.

"It wasn’t a trooper who got killed, it was a member of the law enforcement community, the public safety community. And everybody pulled together," said Colonel Gene Spaulding with the Florida Highway Patrol.

"He was a hero because he kept his oath, acted with grace and dignity and never tarnished his badge," said Sheriff Snyder. "I will remember him every time I go through that lobby."

The Martin County Sheriff’s Office dedicated a memorial to Trooper Bullock on Tuesday. Hundreds of first responders came out to pay their respects to his family.

Bullock would have been 43 on Monday.