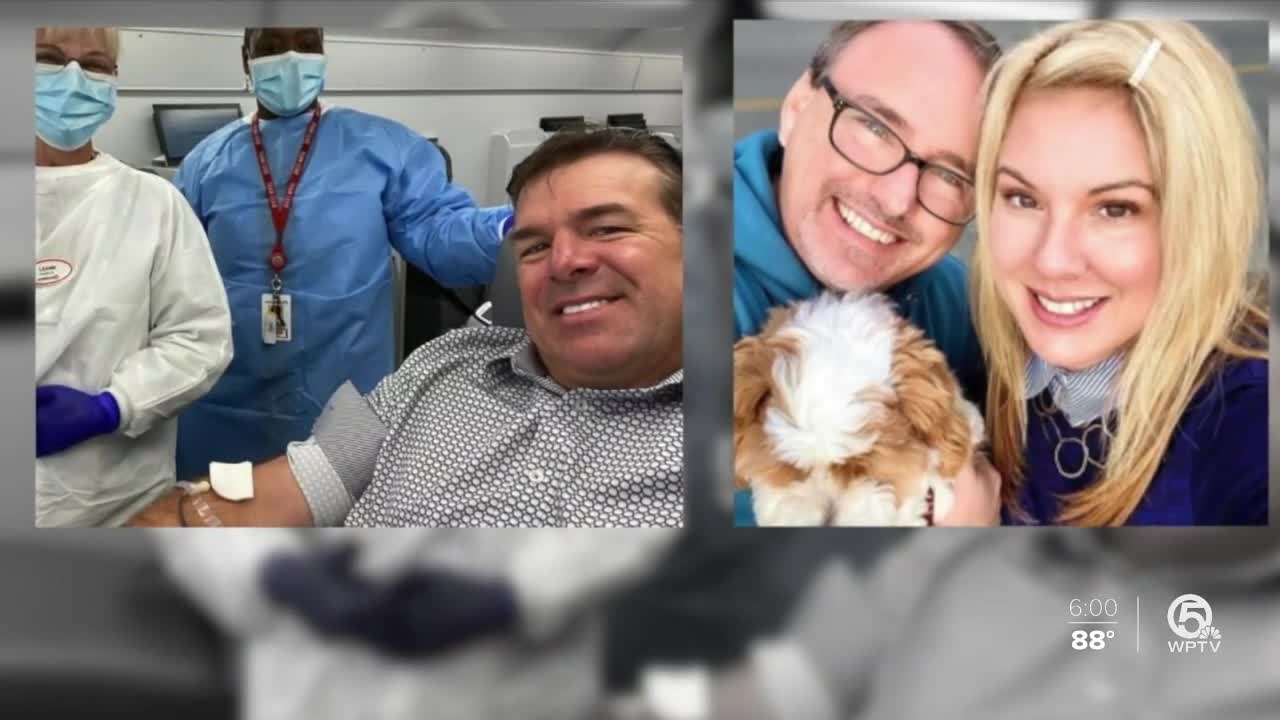 A Stuart man who beat the coronavirus is gaining national attention for his plasma donation, helping potentially save the life of an Orlando father. 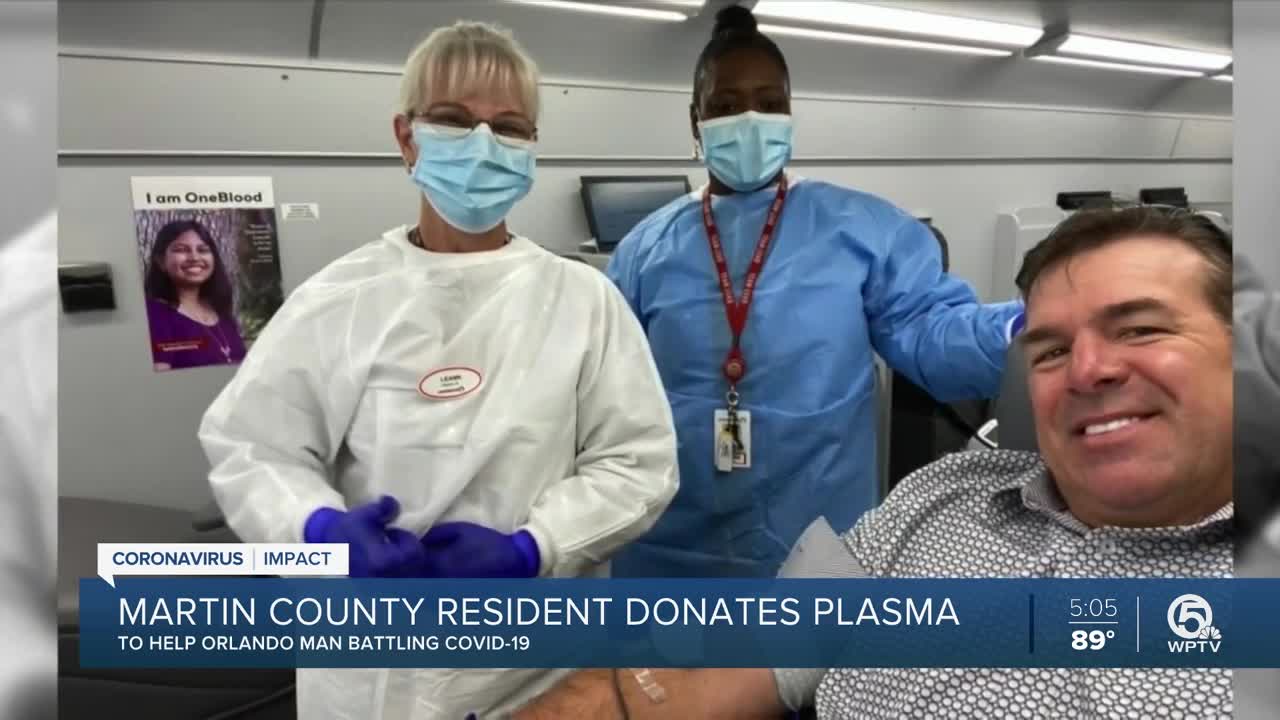 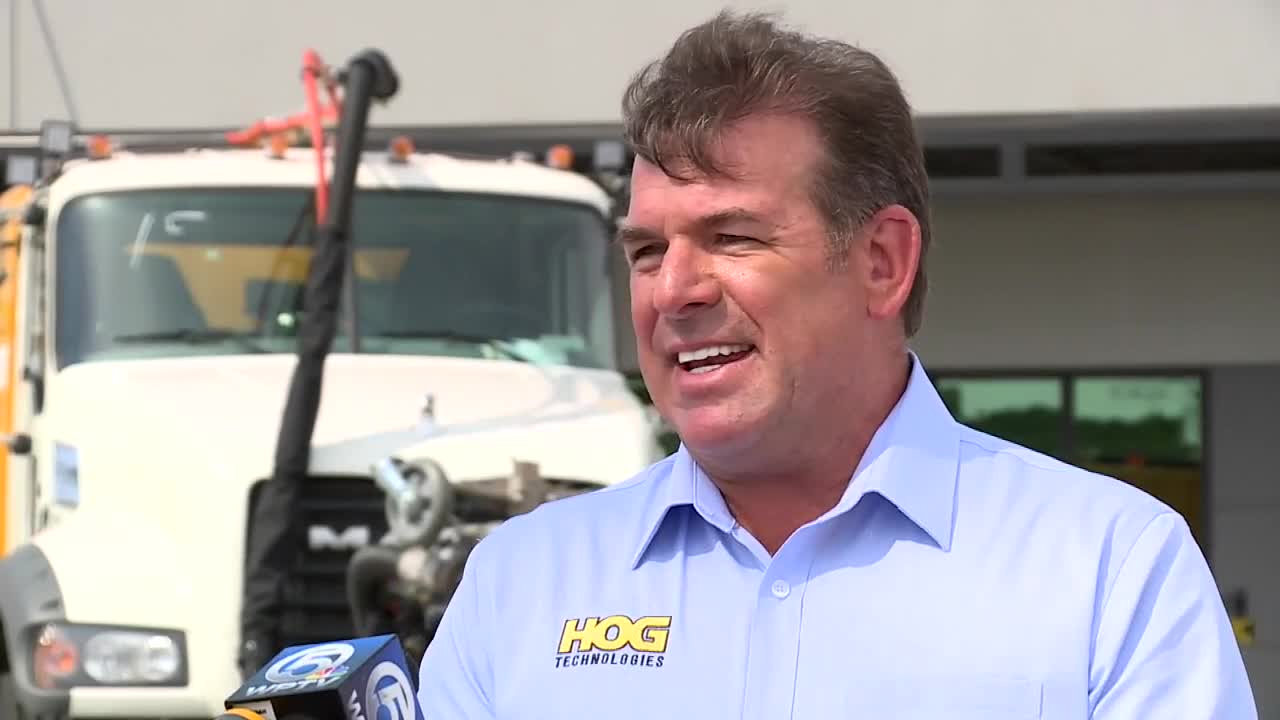 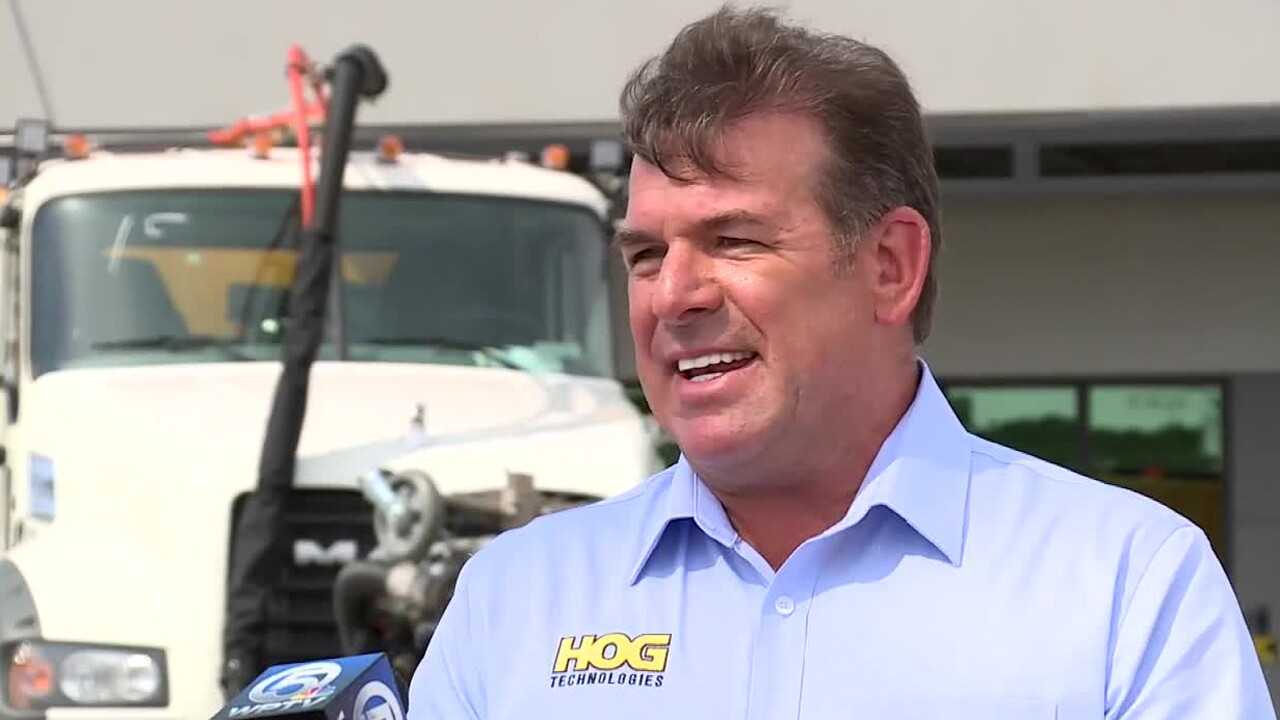 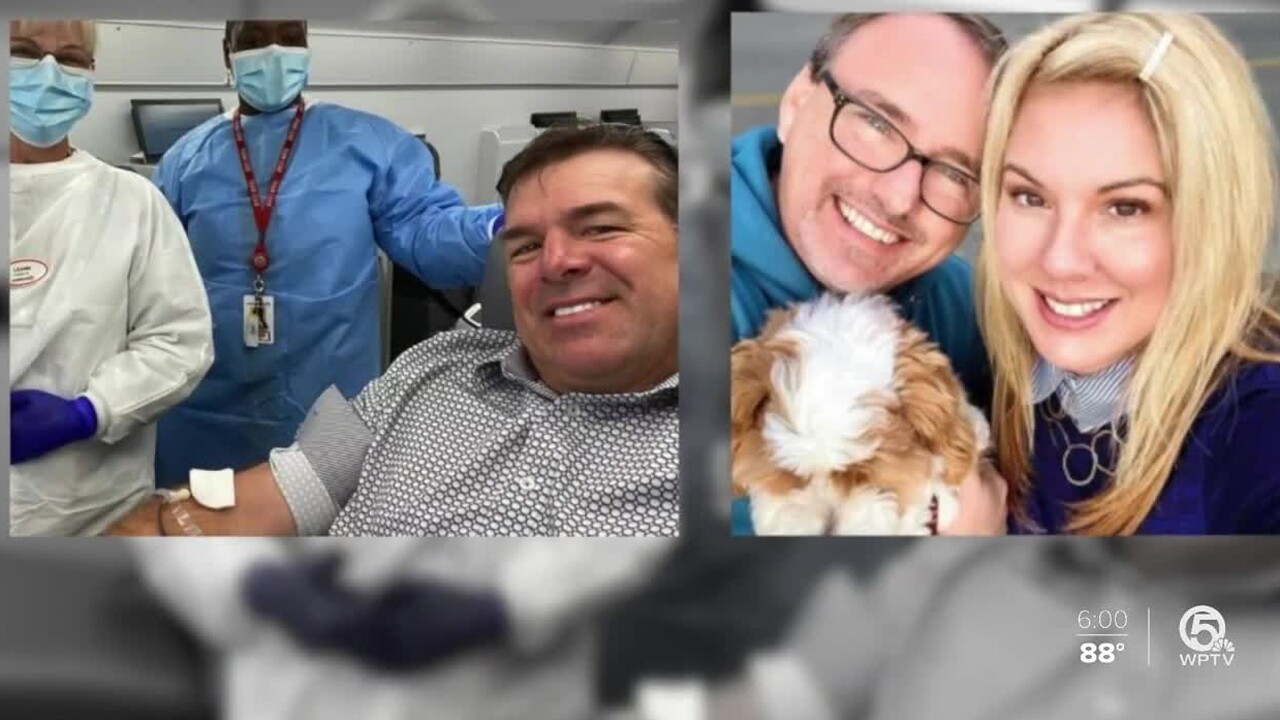 STUART, Fla. — A Stuart man who beat the coronavirus is gaining national attention for his plasma donation, helping potentially save the life of an Orlando father.

James P. Crocker, who lives in Martin County and is the president and founder of Hog Technologies in Stuart, said he contracted COVID-19 while attended a funeral in Palm City on Feb. 27 for his nephew.

Crocker said 20 people at the service got sick about a week later. He was one of two family members who tested positive for the coronavirus.

As he recovered, Crocker reached out to a friend in Orlando who had told him about 52-year-old Michael Kevin Rathel's battle with the coronavirus in Orlando.

His friend told him that his 52 year-old friend was "perfectly healthy" but now "on life support and his only real chance was plasma.

Rathel was hospitalized in a coma and hydroxychloroquine and other treatments did not work.

Since he was recovered after defeating the virus, Crocker said he felt the need to donate his plasma in an experimental treatment.

"While I'm trying to save my own life, I realize when that's done, I've got to try to look after 155 team members who are also very dependent on me. And also at the same time realize, if I can hold all that together, I also have plasma that I can donate that can also be a benefit to another human being," Crocker told WPTV's Jon Shainman on Tuesday.

Crocker drove to Orlando and within 36 hours had donated his plasma, meeting Rathel’s family beforehand.

On his Facebook page last week, Crocker shared his struggle to get tested to donate plasma in an effort to save Rathel, who was in a Orlando hospital in an induced coma.

Convalescent plasma uses blood from coronavirus survivors to help patients with COVID-19. The FDA recently approved it only for emergency use on a case by case basis.

Rathel’s wife, Stacie, said Monday on Facebook that her husband’s "liver and kidney numbers are greatly improved," but he is still on a ventilator.

"The delirium is wearing off. He seemed to be more aware of what was happening," said Stacie Rathel.

Fox 35 in Orlando reported that Rathel was Orlando Health’s first patient to undergo the experimental plasma treatment, and doctors are encouraged by his progress.

Stacie Rathel said it's too soon to know if her husband will ultimately respond to the treatment, but if they can give hope to others, they are willing to share their story.

The Red Cross has issued a plea to people who have recovered from COVID-19 to donate convalescent plasma to treat seriously ill patients fighting the virus.