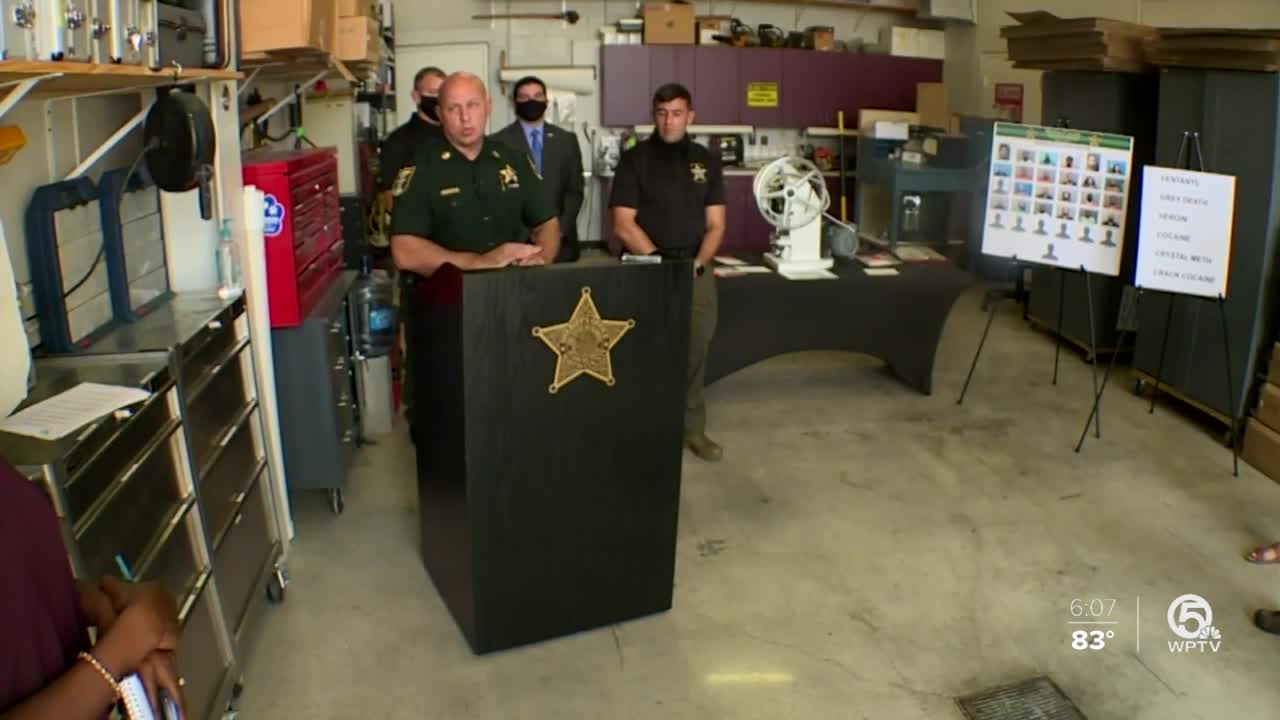 Deputies in Martin County are making a push to crack down on drug dealers, recently arrested 30 suspected dealers and traffickers.

MARTIN COUNTY, Fla. — Overdoses and deaths are on the rise during the COVID-19 pandemic.

As the result of an investigation lasting several months, deputies arrested 30 people suspected of selling or trafficking drugs in Martin County. Eleven of those arrests came from the Twin River RV Park in Hobe Sound. Nine of the arrests were of people who lived in counties south of Martin County.

Budensiek said narcotics detectives made multiple drug purchases off of each suspected dealer, which were also recorded on video.

They also made a rare seizure of a pill press that can produce thousands of pills in an hour, according to Budensiek.

"Somebody thinks they're taking just Xanax, but they could be taking fentanyl and dying from it," Budensiek said.

John Nelson, the founder of FamiliesRecover.org, lost his ex-wife, Jenny, to drug abuse.

"She made me a better person. She had a great smile. She'd light a room up," Nelson said. "We were married for five years, together for seven."

She died 2 1/2 years ago. Her death added fuel to his passion to help more people get sober. He said rehabilitation centers have been filled to capacity during COVID-19 and also sees overdoses on the rise nationwide.

More families, he fears, will feel his loss.

"If they're in my shoes or Jenny’s mom’s shoes, you're waiting for that phone call," Nelson said.

Nelson is glad to see dealers being taken off the streets, even temporarily, in Martin County.

Budensiek said the arrests also serve a bigger purpose since the dealers often use drugs too.

"We're hoping to turn them around. We’re hoping to save a lot of these people from themselves," Budensiek said.