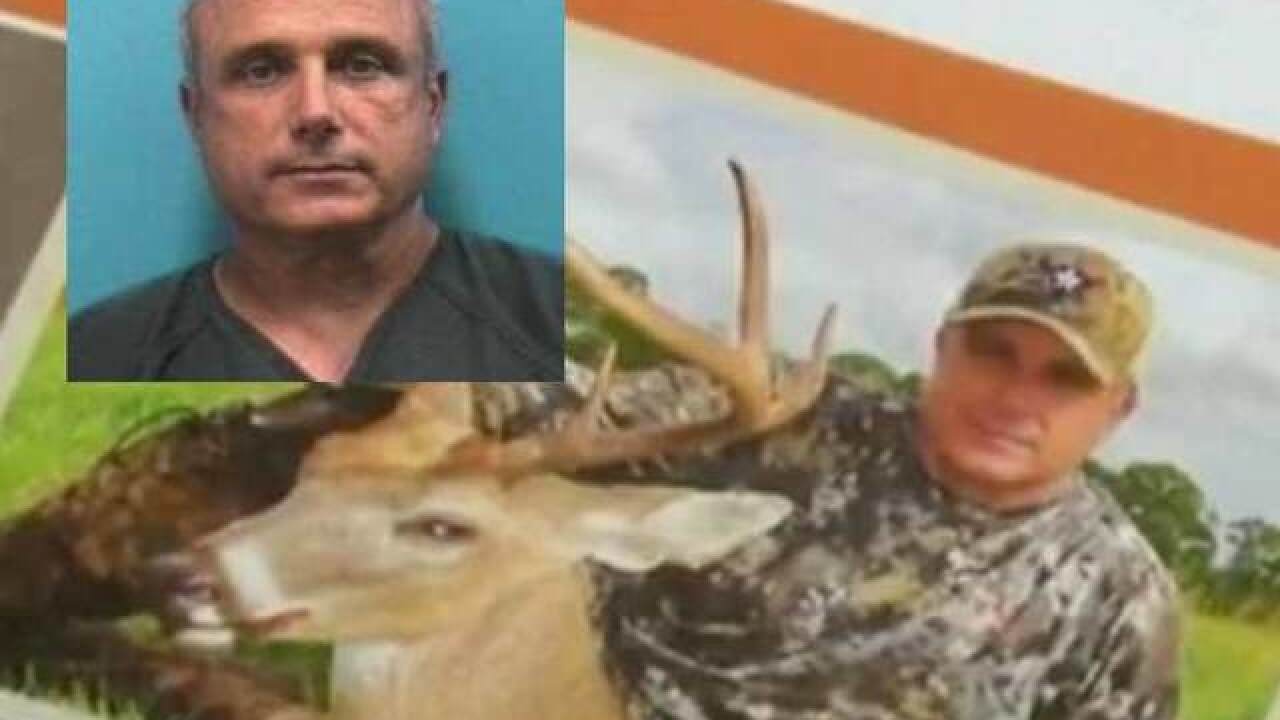 The head of a 23-point buck, now wrapped in plastic, sits in the evidence locker at the Martin County Sheriff’s Office. Unofficial measurements place it in the state’s record class.

Snyder is trying to figure out what to do with the deer head once the criminal case against the suspect, Mario Palacio, 54, is complete.

He says businesses are offering tens of thousands of dollars to make a mold of the deer head.

“Contribute that money towards a group that advocates for responsible hunting and proper animal management practices," said Snyder.

Palacio was booked Friday on an additional charge of armed trespass.

If you look in the newest hunting regulations guidebook by the Florida Fish and Wildlife Conservation Commission, investigators say you see a familiar face.

On Page 17, there is a picture of Palacio holding a harvested deer. The picture is next to an excerpt on how to legally qualify for the Florida Buck Registry.

“It’s very much like the fox going in and trying to teach the hens how to be safe," said Snyder.

NewsChannel 5 reached out to the FWC and is waiting on a response.

The sheriff’s office said they are working with the FWC to patrol wildlife areas during the current hunting season.